Rotterdam Review: In the Poignant, Dreamy EAMI, an Indigenous Community Fights Against Oblivion 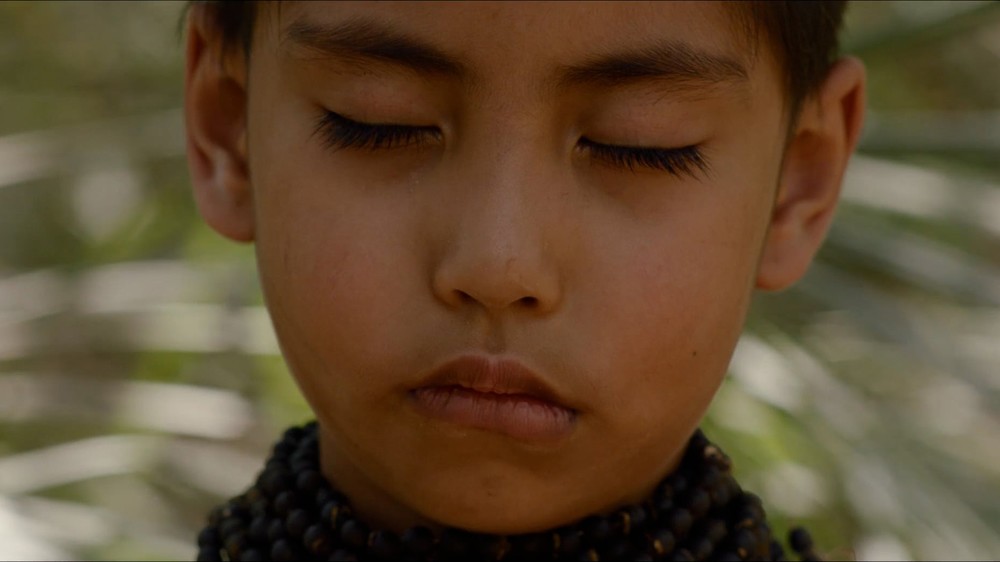 Paz Encina’s EAMI opens with a scene that feels yanked from a dream, then hangs in this otherworldly realm for the 83 minutes that follow. The scene is a static shot of what looks like a patch of swampland, four small eggs laying camouflaged a few inches from the water. It spans eight minutes, though the way light changes gives a sense of days and nights unfurling in a relentless loop as a girl’s lilting voice, drowned in a symphony of birds’ noises and howling winds, recounts how the Earth was born and humans came into being. The girl is the eponymous Eami (Anel Picanerai), and the film—Encina’s third feature, for which she won top prize at this year’s Rotterdam Film Festival—is born of and zeroes in on the indigenous community she hails from, the Ayoreo Totobiegosode, a people whom centuries of colonial violence and deforestation have now cornered into Paraguay’s northern regions. Perched somewhere between documentary and fiction, fable and History, visions and facts, EAMI is both a harrowing obituary and fierce accusation made all the more vivid by its surreal storytelling.

Eami herself is a supernatural hybrid. A five-year-old girl, she’s the reincarnation of the Asojá, the bird-god-woman whom the Ayoreos revere as a custodian of all memories. Her own name—which translates as “Forest” and “World” in Ayoreo—is rooted in the land she has to flee. The rates of deforestation around the Paraguayan Chaco, where EAMI is set, are among the fastest in the world: an estimated 25000 hectares of forest are lost each month. Which explains the mournful longing this film is drenched in. Once her village is destroyed and community disintegrates, Eami roams the rainforest looking for traces of her people and long-gone friends. She too will have to leave the jungle and join the coñone (literally the “insensitive,” a word used to describe all outsiders), and the voyage she ventures on, guided by the voice of an old shaman, doubles as a protracted farewell, a final trip before her exile.

Time, for the Ayoreos, is not linear; fittingly, Encina’s script isn’t moored to a three-act narrative but proceeds through a series of ellipses and loops. It’s difficult to say when exactly the events take place, whether what we’re watching is set in the present or a remote past—or both. Eami’s own strolls through the forest are themselves kind of journeys through time as much as space. And in the film’s oneiric fabric, legends coexist with historical facts. Alongside a plethora of Ayoreo myths, Encina makes room for snippets of interviews where other Ayoreos—framed in close-up, their eyes shut before the camera—recount real-life events. We hear of fires and invasions, of trucks ploughing through the jungle, of the Mennonites who settled in the Chaco in the 1920s and yanked the Ayoreos away from the wilderness.

This symbiosis of facts and legends makes the incursions of History all the more poignant, grounding Eami’s laments in what’s essentially an oral account of genocide. “They kept our last images and sounds of the forest,” an elder remembers of the invaders; seconds later, Encina shows us a photograph from November 1994, a shot of Ayoreo utensils piled together and covered in ash while lacerating shouts echo offscreen. They’re the real-life cries of the Ayoreos fighting the people who’d come to document and catch them, we’re told—one desperate attempt at fleeing oblivion.

EAMI, too, is a document, but carries none of the predatory quality of the colonizers’ reports. What Encina conjures is a kind of post-mortem, an intimate portrait of the Ayoreos through their last surviving members, one that not only speaks their language but adjusts to their worldview, their understanding of time and space. The whole film is an act of recollection, an exhumation of what life was like before the coñone, and there are several elements that may indeed be inaccessible or undecipherable to outsiders. But the overall effect isn’t alienating. EAMI’s references, the Ayoreo language in which it’s narrated, and the strange emulsion of tales and myths that make up its fabric have a soothing, hypnotic quality, conjuring a tribute to its characters that’s as faithful to their world as it is entrancing.

Eami’s story is one of a journey, arguably less geographical than existential. The film itself juts into being from a liminal realm, a crossroad of sorts, and its transient aura isn’t conveyed visually so much as aurally. Javier Umpierrez’s extraordinary sound design doubles as conduit for Eami’s odyssey. Bridging the static shots, captured by Guillermo Saposnik, is a mélange of jungle sounds, animal noises, and human voices that blend with her own musings. Sounds and words are cardinal to the Ayoreos’ cosmogony; the account of the Earth’s genesis we’re offered at the very beginning locates the birth of humanity in a song, which came from a wind, which first billowed as a breath.

Things, plants, animals, and humans are all interconnected; what was once a bird can become a girl, and a friend can turn into salt. EAMI contains multitudes—a tribute to an indigenous people and their way of being, an indictment of our “progress,” a whole History of humanity—and that it does in such short time is itself a little miracle. “Remember everything,” the shaman warns Eami early in her voyage. “Once we leave, we can never come back.” So does Encina, whose film is an invitation—for its heroine and outsiders alike—to take one final look at the world she walks through, and a reminder that what you see died a long, long time ago.