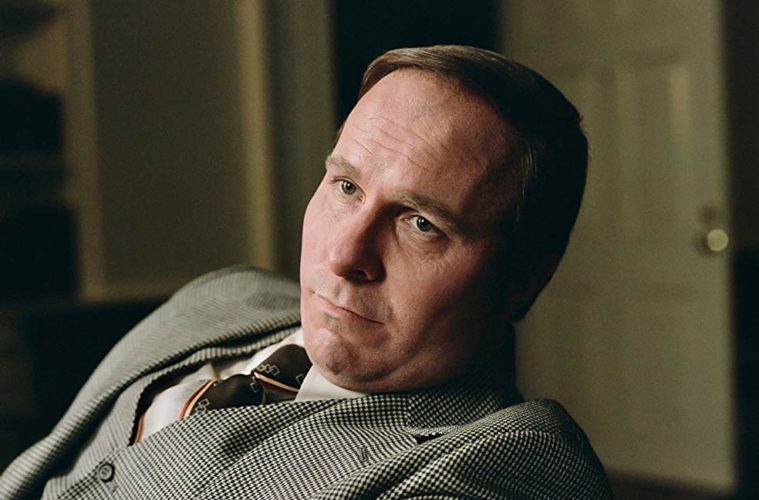 Review: ‘Vice’ is a Lethargically Glib Re-Litigation of the Recent Past

Satire is always in flux, but never has exaggerated comedy felt more tired than living in a time when absurdity feels unbearably tame compared to the reality of the modern world. Yet, here comes Adam McKay to re-litigate what may as well be ancient history and summon a nation’s hibernating rage to unleash on the last few decades of political boondoggles and particularly one of our pre-eminent boogeyman: Dick Cheney.

McKay has long since pivoted to more explicitly important and political work, but he was once one of our great soothsayers about men in arrested development. His maximalist eulogy for America/primer for mid-aughts housing crisis, The Big Short, didn’t feel like a step backward but an overeager step sideways preparing for a new filmmaker to emerge. But even the most lopsided, clumsy, painfully “relevant” art pales in comparison to Vice, a film so lethargically glib that it may finally be the Holy Grail to unite both sides of the political aisle.

To be fair to McKay, it’s not that The Big Short didn’t offer some glimpse of this powder keg cynicism. This is after all the same man who–at his most prurient–delighted in explaining obtuse housing market jargon with recognizable actors taking bubble baths. But that film had zip, and even if it couldn’t help talking down to its audience; it rarely felt like a broadside screed.

Vice, on the other hand, is slathered from head to toe in its seriousness. It could be accurately described as anti-comedy if that moniker didn’t connote some level of wit or self-awareness. As purely a subjective recounting of history, the film does an okay job in showcasing the rise and fall of Dick Cheney (Christian Bale at his most clinical) from a small town creep to puppeteer for the most powerful office in the world. McKay, the sole writer, paints Dick as a consummate yes man, a dedicated and cutthroat stooge who hitched to the right wagon with Donald Rumsfeld (Steve Carrell) and rode it all the way to multiple cabinet positions.

Impersonating the boorish defense secretary, Carrell’s performance isn’t exactly delicate, but he comes the closest to evoking something approaching traditional pathos despite his general repulsiveness. The personal interactions between Rumsfeld and Cheney also offer a brief respite from the obtrusive visual metaphors and single entendres of their actions. Rarely is this abrasive approach more grating than an early scene where a still green Cheney asks Rumsfeld, “What do we believe in,” only to have Rumsfeld respond with an extended wheezing laugh. It’s supposed to be a chilling moment, but it’s a tidy encapsulation of the film’s larger failings–there’s nothing to be gained from this type of scene.

Rumsfeld and Cheney, let alone the rest of the Bush administrations, have long since been raked over the coals by both journalists and the court of public opinion. In that sense, Vice often feels like the ultimate culmination of liberal-leaning art in the ways it imbues these characters with larger than life personifications. No one’s allowed to just be a terrible person, they have to feel legendary and apocryphal as if it’s a manifestation of our own national impotence.

Shot by Greig Fraser, the film looks unmistakably burnished, gleaming with awards bait sheen that’s simultaneously at odds with its occasional nonfiction flourishes and an eerie echo of the film’s identity crisis as a satire and a truth teller. In Fraser’s other work, that visual spectrum has felt intentional with the story the film is telling, but here it only amplifies the dour undercurrent of the proceedings. That level of vanity further extends to the main performances.

Bale is no stranger to transformation and his puffy, bulbous makeup is in line with the film’s approach to reality–exacting replications whose values are refracted through funhouse mirrors. The other principal performances suffer from a comparable airlessness or overt metaphor. As Lynne, Dick’s wife and partner-in-crime, Amy Adams adopts a lived-in ruthlessness making her character a dead ringer for Lady Macbeth–and that’s far before a scene where Lynne recites prose from Macbeth to Dick as a form of foreplay.

Sam Rockwell comes the closest to having a good time, playing one of the most lampooned figures in history, George W. Bush, but even his palpable glee is undercut by the halting, external mannerisms that have become part and parcel with lead performances in modern biopics like Jackie and Darkest Hour.

As was the case with The Big Short, much of Vice positions itself as a gatekeeper of knowledge–the one to lift the wool off the audience’s eyes. This involves plenty of info dumps disguised as slick tangents; some of these have a spark of visual creativity, but most are either crassly obvious–one involving a focus group proves to be the easy nadir by the time it comes back for one last belly flop of a mid-credits stinger–or have an inept kitchen sink approach.

There are glimmers of a formidable filmmaker–one who transitions with ease and without prejudice through various filmmaking styles–but he’s invariably suffocated by the burdens of extra relevance and winking brownie points from his fellow liberals. That may sound like a criticism of McKay’s perspective. It’s not. History has validated the view of these people as one of the major causes of modern ills, but Vice is so concerned with wallowing in the past that it has no idea how to say anything new.