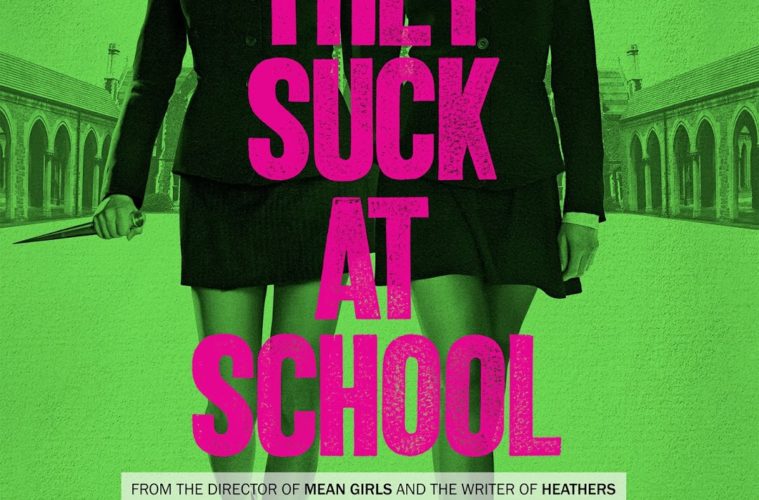 Vampire Academy is often more fun than many brainless supernatural tween films like, for example, last year’s dud The Mortal Instruments: City of Bones. This is more of the Psycho Beach Party treatment, having fun with Twilight’s reading of the vampire condition as an allegory for absence. Screenwriter Daniel Waters and brother director Mark Waters edge towards, and then shy away from, some homoeroticism that may or may not have been in Richelle Mead’s source material (a series of novels unread by me).

In essence, Vampire Academy wants to have it all: campy and smart in passages, with some sharp dialogue, it still is beholden to genre conventions while subverting them; the story even sets itself up for a sequel. It tries and does work, until the plot thickens and stuff becomes a little silly, not that it isn’t inherently that from minute one.

Zoey Deutch stars as Rose Hathaway, a half-human/half-vampire 17-year old “Dhampir” guardian-in-training who will never be a royal. Rose charges herself with the protection of her BFF, Lissa Dragomir (Lucy Fry), a royal “Moroi” (a peaceful, mortal vampire) from the threat of nasty bloodthirsty “Strigoi” vampires. So, there are a million ways this could go, but here Waters draws upon the narrative structure of his now-classic teen comedy Mean Girl, with Rose providing the cynical expository voice over that explains what we need to know. Luckily for us, Rose, played in her first starring role by Deutch is engaging, channeling a bit of Emma Stone in Easy A. After a car accident, Rose and Lissa live on the lamb, running around attempting to assimilate into American culture. Rose serves as Lissa’s protector and provider, allowing her to bite her directly for nourishment. Enter the forces of St. Vladimir’s Academy, the boarding school that, like Hogwarts, aims to develop and keep the peace. At the Vampire Academy, they attend classes in the middle of the night (it’s important to note sunlight annoys the Moroi but doesn’t kill them) and break-off for sect-based training. For the Dhampirs it’s hand-to-hand combat; for the Strigoi it’s magic craft.

Gossip and danger ensue upon Rose and Lissa’s return. As a royal, Lissa is welcomed back, while Rose is, in essence, grounded — no Vampire Weekend fun for her. The plot develops in ways that are moderately amusing and somewhat disorienting, but to be fair Rose seems fairly bored by this as well, as she just wants to be a normal teen. Despite the semi-erotic feeding sessions, she and Lissa do find heterosexual love. One senses writer Waters’ script, if unrestricted, would have been more off-the-wall, considering his campy filmography.

Well-directed and fun, if not a bit too long and perhaps concerned with a plot that’s not nearly as engaging as its leads, Vampire Academy is a little smarter than your average teen adventure, but it’s certainly not Heathers or Mean Girls.