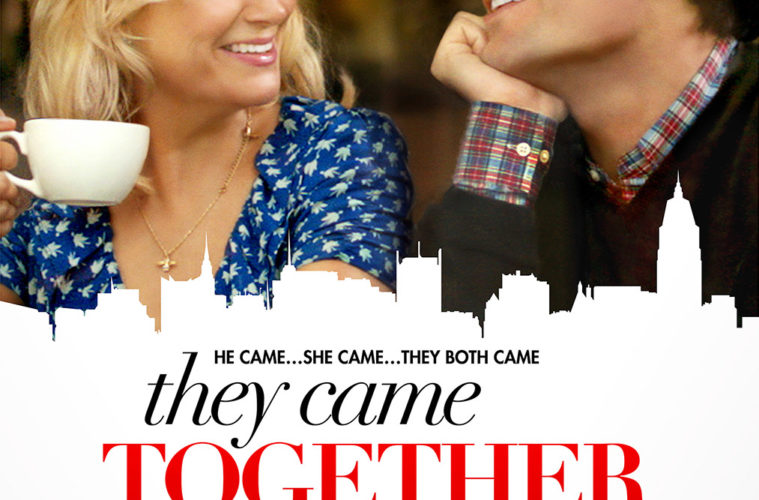 [Review] They Came Together

The subject of well-deserved lamenting, we’ve seen a number of films subvert or subtly ridicule Hollywood’s generic romantic comedy genre, but the parody to reign over them all has arrived with They Came Together. In an era where much of the spoof genre simply lazy repeats scenarios, David Wain‘s latest comedy brilliantly and hilariously deconstructs every aspect of the genre to provide one of the funniest films one is bound to see this year.

The basic throughline is lifted from You’ve Got Mail (and distinctly not Ernst Lubitsch’s original), but don’t fret, virtually every other rom-com also gets its due within the brisk 83 minutes. The story follows Joel (Paul Rudd), a corporate executive from the mega chain Candy Systems and Research, literally towering over the small Upper Sweet Side, a candy store run by Molly (Amy Poehler) where everything is free and everyone is happy until their behemoth competitor is tasked with shutting them down. Adding another meta element to the proceedings, Wain inserts the self-aware framing device of Rudd and Poehler looking back at the story of their relationship while out to dinner with friends Kyle (Bill Hader) and Karen (Ellie Kemper).

The majority of Wain’s previous films have found his absurdist comedy bursting at the seams while driving somewhat of a narrative forward, but here he’s able to run virtually unencumbered and it’s a beautiful thing to witness. Under the seemingly correct assumption that every potential viewer has been pummeled by the trivial structure of a romantic comedy, Wain adeptly pokes fun at their inconsequential nature by jumping from cliché to cliché within the loose plot, accompanied by an all-out eccentricity only he can provide.

Whether its the perfectly balanced group of male friends (Ken Marino, Kenan Thompson, Jack McBrayer, Jason Mantzoukas), the well-meaning but coasting little brother (Max Greenfield), the evil co-worker who is also vying for the promotion (Michael Ian Black), or the ex-girlfriend who may return for more (Cobie Smulders), no character trope is left unturned. However, rather than unimaginatively ticking off the boxes, Wain’s approach goes beyond a simple retelling of a scenario we’ve seen time and time again.

There’s no reason to spoil what’s up his sleeves, but his skewering of the genre is so on-point that, just as it’s difficult to take in the generic biopic after Walk Hard: The Dewey Cox Story, I can’t image watching another Hollywood rom-com and keeping a straight face from this point onward. While there’s the few minor quips that don’t fully land, absurd, hysterical asides range from Christopher Meloni proving his undervalued comedic chops to one of the funniest gags I’ve ever seen in a film, taking place in the background, out-of-focus.

Much of the credit goes to the boundlessly affable Poehler and Rudd, whose commitment to the frequently off-the-wall material completely sells this minor homage, major satire. Wain’s comedy style is simply of the vein that directly connects to one’s funnybone and if that’s the case, then you’ll agree he’s crafted his most accomplished, consistent work yet. Much like a certain joke in the film, I imagine the experience will only get better on repeat viewings. Equal parts ludicrous and astute, in a perfect world, They Came Together is the rom-com to end all rom-coms.

They Came Together hits limited theaters and VOD on Friday, June 23rd.