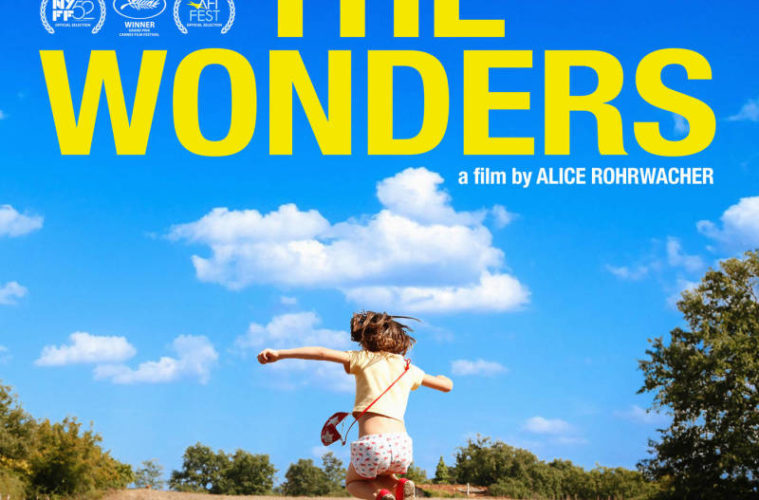 Alice Rohrwacher’s national background makes it understandable, albeit a bit too easy, for one to draw connections between her latest writing-directing effort, The Wonders, and tenets of neorealist and post-neorealist Italian filmmaking. This sense is immediate in the moment —  the costuming, the farm life (speaking for both work and environment), the dramatic conflict at its center — and a bit ineffable in retrospect. Take it with a grain of salt, then, when I say this is a film that not only understands the myriad feelings tied to poverty, but how they can so often collide with one’s hope for their future like two cannonballs fired at full speed.

What sparked the thought was, appropriately enough, The Wonders’ dramatic center: a patriarch, Wolfang, who, as portrayed by Sam Louwyck, comes as close to Anthony Quinn’s Zampanó as any performance in recent memory. A brutish, occasionally cruel father rules over three girls (the oldest, Gelsomina, is played Maria Alexandra Lungu, and serves as the lead) and an initially resilient, ultimately feeble wife (the helmer’s sister, Alba Rohrwacher) in their Tuscan-countryside home. Everything you need to know, for better and for worse, is contained in the fact so little of their living space is furnished while so much effort is dedicated toward a (to-this-author’s-untrained-eyes) well-equipped beekeeping and honey-producing operation. In the way it illuminates the players and their relationships, Rohrwacher wisely marries our expanding knowledge of this home life with an early, thorough documentation of these processes. And it’s in those moments where the camera is directly up against a mask covered in bees, their buzzing surrounding the viewer – those that reveal a desire to traverse places most fiction films never consider – that The Wonders, while not yet entirely clear in its trajectory, inspires more in the way of admiration than inquiry. A narrative begins to crystallize, or perhaps narrow, when the family’s beach trip is interrupted by a commercial shoot. As they (rather amusingly) walk into a film fantasy far removed from grim realities of their day-to-day lives — a TV personality (Monica Bellucci) in a lavish outfit befitting a mythical tale at one side, white rocks and flowing water on the other — the clan soon discover that this was created to advertise a farming contest, The Wonders, to which the precocious oldest daughter naturally gravitates.

Perhaps it’s a suspicion that not much else is transpiring outside the narrative, or perhaps it’s the lack of clear emotional progression from this point forward, but The Wonders pretty clearly loses its propulsion once a majority of the conflict boils down to the father-daughter battle over this competition. Worse yet is that not having a specific process, beekeeping or otherwise, to document will render Rohrwacher’s images slack. That the camera should be so restless is telling of the issue, in that the most memorable marks are left by those moments when the world can stand still, when an environment might be truly milked for the tactility it’s capable of providing.

Despite her construction of these spaces being too hermetic, and thus rendering these stakes too small, The Wonders’ greatest triumphs are found in its subtle movement of narrative. Certain events that are obviously of major significance — both long-term (the contest) and short-term (an injury suffered by one of the daughters) — are anchored in a casual procession. It’s not only the incidental, life-like quality of their happening, but the altogether gentle way circumstances lead into and consequences flow from them — the sort of progression more keen to suggest internal tumult by a casting of the eyes or pause in speech than outburst. (Wolfgang provides those in spades, however, and it’s no wonder they soon start to feel like a bit much.) No surprise that she leaves much to her own sister in the matriarchal role.

However much it shines at certain junctures his mixed bag of intentions, executions, modes, and possible outcomes makes The Wonders more satisfying to consider than watch, however much it shines at certain junctures. That leaves matters of moment-to-moment enjoyment in an uncertain light, but there’s little risk for arguing in favor of a picture that can mix its forebears with a vision of something new — even slightly new.

The Wonders will enter a limited theatrical release on Friday, October 30.