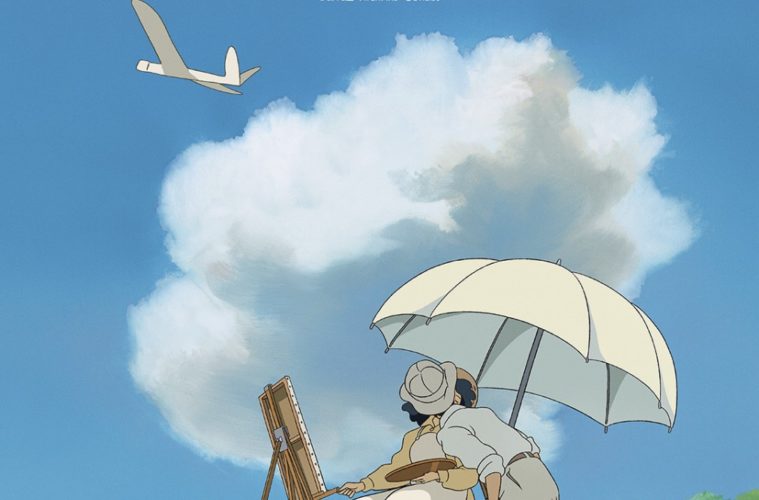 Hayao Miyazaki, the great Japanese animator and founder of the prestigious Studio Ghibli, has teased retirement from feature films for over a decade. Now, that inevitable moment when the master must step down has arrived, and with it one final bit of onscreen magic. The Wind Rises, a highly fictionalized account of Jiro Horikoshi (voiced by Joseph Gordon-Levitt), the inventor of the Japanese Zero fighter, turns out to be more than a faded ode from an artist on his way out the door. Rises has all the trembling beauty and wistful imagination associated with the man’s best work, and there’s humanity to its epic scope that earns those comparisons to the likes of David Lean or Akira Kurosawa.

Biography isn’t quite the right word for The Wind Rises, although as a narrative it does follow the arc of Jiro’s life and the genesis of his love for flying and design. There’s instead of a sense of the fantastic and otherworldly in the way Miyazaki documents his protagonist’s burgeoning desire to create, and young Jiro’s first flights of fancy are indeed imagined ones, soaring with the specter of his idol, Italian plane designer Caproni (Stanley Tucci) through blustery cloudscapes. Caproni fascinates Jiro with his sublime knack for ground-breaking aircraft and his larger-than-life vitality. Miyazaki finds himself similarly bewitched; the segments when Caproni walks Jiro through his gradually forming dreams of the Zero are some of the most transporting the director has ever created. Despite criticism aimed at Miyazaki’s lack of emphasis on the culpability of the Zero fighter—and by extension  Jiro—for Pearl Harbor and other war atrocities, the director proves here that he’s got as sure a handle on his own idealism and pacifism as he ever did. Although The Wind Rises does not focus in any way on the Zero’s wartime activities, he does not dismiss or bury it under the historical rug. In those fantasy sequences, the long shadow of the war and mankind’s penchant for corrupting edifying visions is represented by shadowy gremlins and monsters that pollute and choke Jiro’s idyll dreamworlds in the same way the poison of Iron Age bullets mutated the woodland gods in Miyazaki’s Princess Mononoke.

Amidst these visions that question the dreamer’s impact on his world exists a smaller, quieter story that could have been easily lost or made maudlin. Between WWI and WWII, Jiro begins the journey that leads him to the Zero, a path that takes him through the Great Earthquake of 1923, where he meets a young painter with tuberculosis (Emily Blunt) who he falls in love with, and later marries. In between the tender account of their courtship and its tragic fleeting nature is a compelling insight into the thought processes that drive Jiro’s artistry. When he finally unveils the revolutionary designs for the Zero to his often dismissive boss (Martin Short), the audience has the satisfaction of seeing Jiro’s attentive observation of the natural world factor into his creative process.

The Wind Rises does not run on big, concussive moments or even tear-jerking melodramatic ones. There’s great humanity and great drama spread throughout, but all of it is given the careful, illuminating gleam of a dreamer’s gaze and as an animator, Miyazaki has never been more in tune with his craft. Take the great earthquake, which functions as a central tipping point for the story. There’s none of the grandiose capsizing of special effects and furious sound design, but the apocalyptic nature of the event is retained and Miyazaki finds he can tear our world asunder with a few wisps of smoke and falling stones just as well as he might with all the digital bells and whistles of a 3D catastrophe. In the tender scenes between the engineer and his wife, there’s an adult and pensive quality that rarely punctures the world of animation, and each bit of lover’s pantomime is captured by the patient, detailed craftsmanship of Miyazaki and his animators. There are several scenes, set in a springtime field of whipping wind gusts, that evoke a strong, deeply felt emotional resonance, and they are as immediate and dramatically muscular as if they had been created in live action, maybe more so. The fantasy sequences are obviously spectacular, but they play different than the usual Ghibli fantasias because of their close proximity to Jiro’s own idealistic soul. The way the weave in and out of the film’s story proper reminded me of the prose of Ray Bradbury, where grand fantasy and grounded practicality crash together and re-emerge as a new identity.

We’ve come a long way in the world of modern animation, and here in America we’ve progressed in the technology and ability to realize visions. Given the lean amount of animated fare out there that can be credited to adults, it seems we still have some distance to go in regards to the stories we are willing to tell. Even at the cusp of retirement, Miyazaki stands at the peak, looks down to the summit and lights the way with the immortal words of Paul Valery, “The wind is rising! We must try to live!”

The Wind Rises is now playing in wide release.