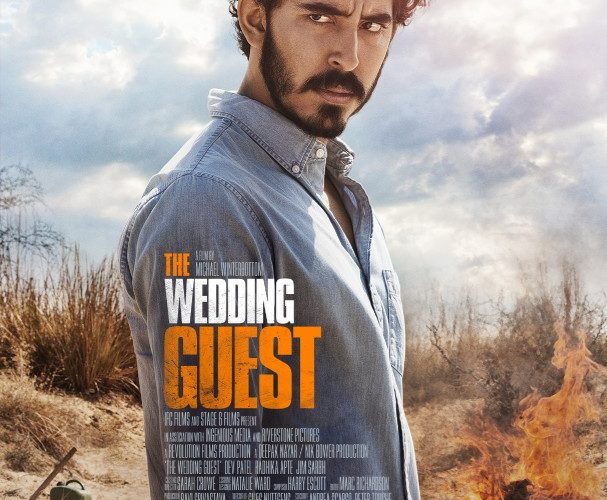 Review: ‘The Wedding Guest’ is a Meandering, Frustrating Thriller

Like the protagonist of his latest film, The Wedding Guest, Michael Winterbottom is a wanderer–cinematically, that is. There are few filmmakers in modern cinema who hop between genres quite like the British helmer. Consider just a few entries from his gobsmackingly lengthy filmography: a Thomas Hardy adaptation (Jude); a war film set in 1990s Sarajevo (Welcome to Sarajevo); a second Hardy adaptation shot in snowy Canada (The Claim); a future-set love story (Code 46); a sexually-explicit anthology centered around songs from the likes of Primal Scream and Franz Ferdinand (9 Songs); a documentary based on the work of Naomi Klein and another featuring Russell Brand (The Shock Doctrine and The Emperor’s New Clothes); and a tremendously violent and unsettling Jim Thompson adaptation (The Killer Inside Me).

That list does not even include his greatest works–24 Hour Party People, A Mighty Heart, The Trip, and its follow-ups. The Wedding Guest is, as usual for Winterbottom, fascinating. It is also an aimless, mostly uninvolving, and hugely frustrating thriller. It belongs on the low-end of Winterbottom films, alongside such forgettable efforts as I Want You, Genova, The Look of Love, and The Face of an Angel. Those four featured strong casts, lovely locations, meandering storylines, and an unfocused point of view. And those criticisms can be all be leveled at The Wedding Guest.

Winterbottom both wrote and directed Wedding, and it would be insightful to gain a sense of what went into its creation. What is it about this particular story, of a British Muslim hired to kidnap a woman in Pakistan, that intrigued Winterbottom? Perhaps it is the concept of delving into modern, global noir–a hard-boiled, tension-filled tale set against the backdrop of cities and rural towns in Pakistan. It’s an intriguing concept, yet the result simply does not work. The acting is strong and the visuals stunning, but the story never coalesces into anything above ordinary

Winterbottom’s smartest choice, by far, was casting Dev Patel as Jay, a figure we first glimpse alone, preparing for a journey. Jay is clearly tense, even annoyed, as he moves through airport security; even in a crowd, he is alone. These early moments—Jay traveling, arriving in Pakistan, renting a car, buying two guns, shooting at targets—are certainly the film’s most intriguing. At this point we know next to nothing about this solitary figure, nor do we have any grasp of his objectives.

Slowly, things become clear. Jay has been sent to find and kidnap a young woman named Samira (Radhika Apte). His mission is part of a plan to save Samira from an arranged marriage, and reunite her with the man she really loves. The kidnapping turns violent, and soon Jay and Samira are on the run. Their journey from Pakistan to India is fraught with difficulty; even Samira’s boyfriend sours on the duo. Things eventually become even more violent, and while Jay and Samira become closer, this new relationship is destined to end in upset. All of this is only fitfully compelling; the characters of Samira and Jay are shockingly underdeveloped, robbing the plot developments of any real power.

The insights into Jay’s own life before this moment are few and far between. His family is barely spoken of—“Why didn’t your parents teach you Punjabi?” “I’m a very bad learner”—and his motivations for agreeing to be part of this convoluted kidnapping are never clear. This is the fault of Winterbottom, the screenwriter, and certainly not a failing of Patel. The Slumdog Millionaire star gives a fine performance, one filled with pathos. He is a man of mystery, but unfortunately, the mysteries are never clarified. The is true of Samira, whose motives become increasingly muddled as the film moves towards its somber end.

Winterbottom the director, of course, adroitly captures the constant movement and sporadic chaos of city life in Pakistan and India, and he is assisted in these efforts by Harry Escott’s score and Giles Nuttgens’s photography. The Wedding Guest is as technically accomplished as any film Winterbottom has ever made. But it all amounts to very, very little. Like Jay, Winterbottom is a mystery. That makes his career utterly unique, but only sporadically satisfying.

The Wedding Guest opens on March 1.