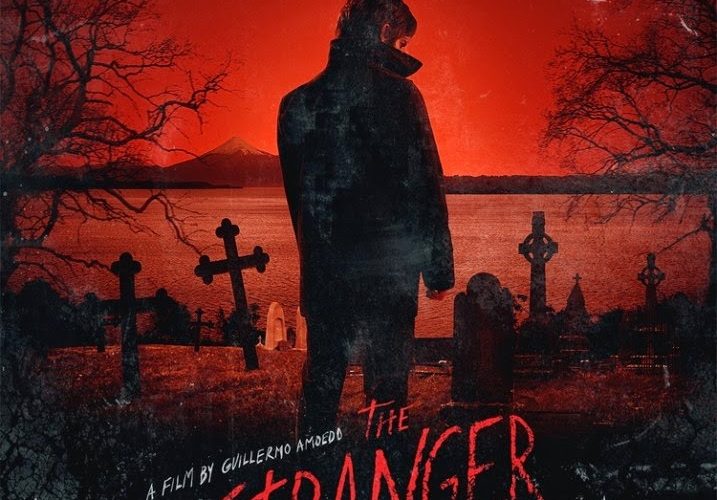 Throughout my high school and college career, I plowed through multiple novels by British horror author, Simon Clark. The supermarket paperbacks were hardly literary, but Stranger, a post-apocalyptic thriller with a gruesome twist, remains the most memorable for its creativity. Imagine my surprise, and subsequent excitement when I read the synopsis for The Stranger and noticed similarities between the two works. Both contain a mysterious loner, a secluded small town, and a contagion. The vague trailer only intrigued me more. Could this be a loose screen adaptation? Such a disappointment to instead find an original film, and an especially bad one at that.

The English-language horror selection comes courtesy of Eli Roth, who produced it as part of the Chilewood movement he and his Santiago-based partner, Nicolas Lopez, created as way to bring film production to the South American country. The Stranger adds to a list of other titles for which the venture is responsible, including Roth’s yet unreleased cannibal shocker The Green Inferno, his disaster flick Aftershock, and Knock Knock, an upcoming thriller sure to please the intruder fetish fantasy community.

Directed by Guillermo Amoedo, and starring a mostly Chilean cast, the film opens on Martin (Cristobal Tapia Montt), a drifter looking for his missing wife (portrayed in flashbacks by Lorenza Izzo) in a small, and – due to lack of extras – nearly deserted town. His search is quickly sidelined when he’s killed by the young thug Caleb (Chilewood regular Ariel Levy), who then hides the body with the help of his corrupt cop father. Teen boy Peter (Nicolás Durán) finds Martin injured, but alive, and rescues him, setting them both on a deadly course of events connected to a highly contagious bloodborne virus and a cryptic symbol.

Chilewood specializes in churning out micro-budget films, and The Stranger certainly screams shoestring with its amateurish look and sluggish pace. The writing remains the worst offender, however, with its pointless storyline and dialogue fraught with cheap expletives and juvenile slurs. To call the characters one dimensional would be generous, as they lack any hint of personality, motivation, or consistency. When Peter’s drug addiction comes into play – a trait revealed in two early scenes – it’s safe to assume the flaw will have some bearing on his story arc. The answer, it seems, is no, as Peter appears to magically kick the habit before the second act. Good for him.

Then there’s the acting, which, at one point reaches Tommy Wiseau-levels of bad when Peter’s mom and a nurse exchange awkwardly long greetings. As the unpleasant experience unfolds, the cast continues to disappoint – Montt portrays Martin as a sullen bore, and Caleb’s villainy is communicated more with his neck tattoo and bottle-blonde hair than through Levy’s wooden performance. That it’s tailored for English-speaking audiences doesn’t help, as the film employs hilariously bad dubbing and ADR to hide the actors’ thick accents.

With its depressing absence of quality, The Stranger proves that just because Roth and company can shoot a project for mere pennies doesn’t mean they should. The genre deserves better, audiences deserve better, and the people of Chile deserve better than this lazy, artless nonsense.

The Stranger opens in theaters and VOD on June 12th.