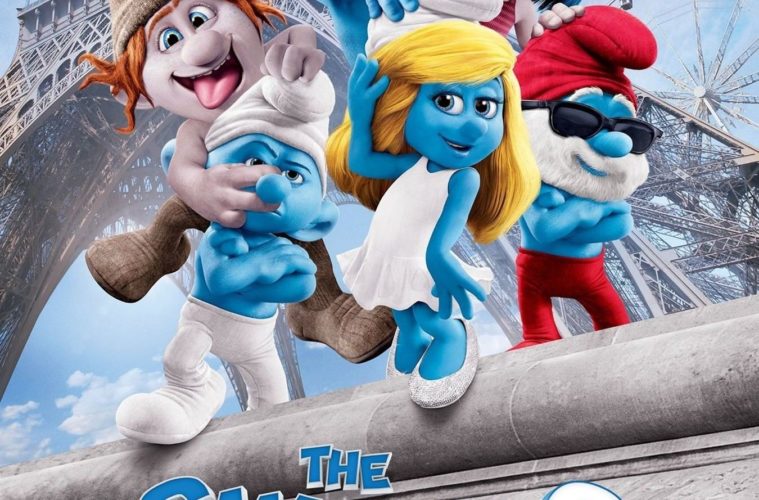 Screening The Smurfs 2 on the day of Ariel Castro’s sentencing, the film took on a whole aura of disturbing; we follow a smurf-napping of little blonde Smurfette (voiced by Katy Perry) on her birthday. The evil Gargamel (Hank Azaria), who has become like the less charming Burt Wonderstone of Paris, has a plan to steal the Smurf mojo, for really no reason other than the script — attributed to five credited writers — requires him to. He enlists his own creations, The Naughties, to help. These are two Smurf-like creatures Vexy (Christina Ricci) and Hackus (J.B. Smoove) who wreak havoc in Paris while Gargamel is just generally mean for no reason other than he is.

I don’t remember much of the first Smurfs because it didn’t leave much of an impression on me, perhaps like most who watched it. This one I will remember for just how awful and disturbing whole affair is to experience. This is not to say a good Smurfs movie cannot be made, but why the Smurfs have to interact with real people like Neil Patrick Harris’ Pat (and wife Grace, played by Jayma Mays), I don’t know. I don’t expect a Mike Leigh-style social realist drama, but I’d much rather see them in their natural habitat. The film, directed by Raja Gosnell, is both unsettling and utterly boring, a retread which breaks no new ground and worst of all, it’s just not very fun. In the 1980’s when films exploring what it was like to be a latch key kid (before Reagan saved the American family), cocaine could be blamed for most of the weirdness. Last December I caught a midnight show of the Garbage Pail Kids at an ironic hipster theater in Williamsburg, Brooklyn. I’m not sure if in 20-30 years Smurfs 2 will have that vintage ironic hipster credibility (if so, the next generation is ruined, as this should have been quietly released direct-to-video). What is interesting is just how 80’s the politics of The Smurfs 2 are. There’s a parallel storyline about lonely childhoods and broken families, kids not having a sense of identify; I don’t mind heart and sincerity, but when it’s manufactured and purposely manipulative I do.

But most importantly, where’s the fun? Even the one-liners are lame; when Patrick’s’ stepdad Victor (a criminally underused Brendan Gleeson) is turned into a pigeon by Gargamel he proclaims that he’s “free at last,” to which NPH responds, “what are you, Martin Luther Wing?” And five screenwriters are credited with this garbage — that’s the best they could do? The kidnapping story line is, again, more disturbing than fun. Azaria is a brilliant character actor but Gargamel here is just a touch too creepy. There are other awful, unexplained plot points throughout that need not be pointed out because above all, this film fails the test that other family movies this summer (such as Monsters University and Despicable Me 2 passed) and that is the fun factor.

Smurfs 2 just isn’t an enjoyable time ;none of the characters (Smurfs included) have unique quirks that pay off and that’s the fault of the screenplay (and likely how many cooks and executives were in the kitchen). Continuing the summer of the Hollywood over-bloated bomb, this is perhaps the biggest offender. There is no excuse for how bad this experience truly is and it may be the worst film I’ve seen so far this year.

The Smurfs 2 is now in wide release.