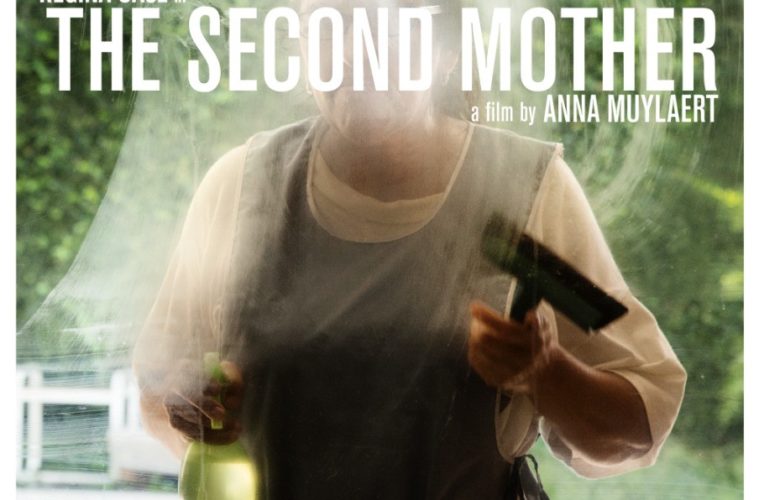 The first thing to announce itself in The Second Mother is an insistence on never losing sight of Val (Regina Casé), the maid, chef, and occasional surrogate parent for a wealthy São Paulo family. Her tasks are exactly what we’d expect — wiping down surfaces, vacuuming, cleaning utensils — and the manner in which they’re staged, photographed, and assembled into a more unified whole is what anyone familiar with the basic tenets of slow cinema can anticipate. (Think Jeanne Dielman with more long shots and fewer signs of portent.) But it’s a fun game, guessing if she’ll be in the next shot and how she might show up at that. Not that your answer is much of a surprise. Even when you begin to think she’s finally outside our point of view, there she is, and even when you cannot imagine how she’ll fit into the scenario occurring inside any given shot, there she is. It’s the sort of strategy one might credit for consistency and creativeness, little else, and eventually tire of. This is a smarter film than any single aspect initially lets on, for writer-director Anna Muylaert can recognize how and why formal distinctions are points from which something else should grow, not a be-all, end-all. What’s initially a respectful, largely unremarkable drama about the thin lines between service and companionship & duty and desire only elevates in interest, even beauty, as more characters and narrative threads are introduced. Its central conflict, one of familial bonds and the rifts they inevitably create, is familiar but no less incisive in its universality. When Val’s teenage daughter (Camila Márdila), who’s taking a nearby university’s entrance exam, visits the family home, across-the-board unease: the daughter for feeling like an outsider; the other family’s son (Michel Joelsas) for his clear attraction to her; the homeowners (Karine Teles and Lourenço Mutarelli) for knowing they need to adjust a hermetically sealed environment, one the film only leaves when venturing to and from its caretaker’s own home; and the woman herself for realizing how everyone feels — since she, the silent and dutiful type, of course ends up being smartest of all – about this imposition, no matter how much they insist that it’s no such thing.

The Second Mother‘s scope will always remain modest, but, as it inevitably grows, Muylaert begins letting Val out of her sight every so often. She advances the profiles and relationships of everyone else in doing so, yet what really gives these events its dramatic lifeblood is the obvious fact that their emotional state is suddenly, completely a direct result of her actions, and every scene that doesn’t contain her — essentially every line of dialogue, pregnant pause, and facial expression from any performer who isn’t Casé – is still about her in some way. Its particular brand of cynicism invests more interest in the fallout of best-laid plans than actual concern over them — largely, I think, because there’s more belief in what its performers will tell us through their skills than what a screenplay is expected to establish.

Mother’s myriad collection of narratives are on a fairly level playing field, interest-wise, despite the fact that some — particularly one involving a mutual vying for Val’s daughter by the men of the house, or the quickness with which this effective servant becomes frustrated with her employers — strain for credibility while others (the same tensions between Val and the female homeowner) fail to convince that what it’s showing hasn’t been seen before. So it’s hardly surprising that I’d be more interested in what we don’t see; more stimulating than yet another scene in which an older, wealthy married man makes a pass at a young girl is wondering what anxieties his wife might be feeling behind the doors that are closed to other characters and us. When it becomes clear that this form of obfuscation was Muylaert’s intention — e.g. that a scene between the boy and girl is its own direction, and that the insert shot of his father watching them (a potential conflict never directly followed-up) is yet another — a new respect for the effort begins to manifest.

That The Second Mother can continue to surprise this late in, while its rigidly designed framework is still in play, evinces a burgeoning talent. How Muylaert will advance from here is anybody’s guess, but her’s is a name from which I’ll expect a fine follow-up.

The Second Mother will enter a limited release on Friday, August 28.