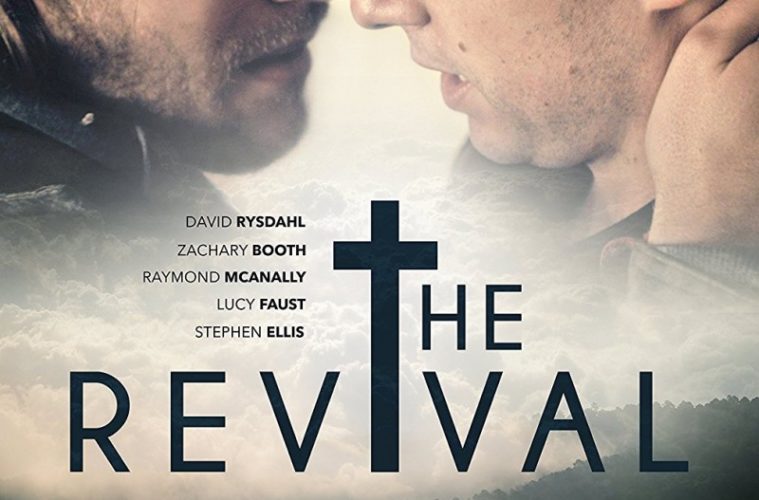 Review: ‘The Revival’ Outlines a Crisis of Faith Effectively

Directed by Jennifer Gerber, The Revival is effective in its brevity. Running at a lean 84 minutes, the focus is on Eli (David Rysdahl), a young preacher running the church his late, beloved father founded. Unsure of himself and his sermons while money and parishioners run short, he encounters a handsome drifter named Daniel (Zachary Booth) who complicates things further. Based on the play of the same name by Samuel Brett Williams (who also wrote the screenplay), the film leans on Rysdahl and Booth, who are the sure standouts.

While Eli spends the film cloaked in responsibility, fighting his inner urges, Daniel appears free and open. Their chemistry is at once prevalent and vacant, Gerber going well to let the camera linger on reactions from each performer at any given moment. The surrounding community is represented primarily by the bullish Trevor (Raymond McAnally), Eli’s self-appointed hype man, and June (Lucy Faust), Eli’s pregnant wife. There’s not much in the way of supporting characters and side-plot. One aside, concerning a young man who’s determined to sleep with his cousin, feel underserved and ultimately distracting.

There is something of a through-line wrapped in an upcoming revival event that Trevor is convinced will save the church. Eli isn’t so sure. While he does gather his words and sense of purpose at a point, it never feels authentic. And, of course, this is the point. Rysdahl does well in playing Eli like a bomb waiting to go off, but never with the bang we might anticipate. The young actor is doing good work and one hopes this performance pushes him into the spotlight a bit more. Booth is given a bit less to do but does plenty with it. He made a name for himself on the indie circuit in Ira Sachs’ Keep The Lights On a few years back, and elevates every scene he’s in here.

Gerber makes the most of her cinematographer John Wakayama Carey, relying on lovely interstitial moments that capture the Arkansas setting as a means of pacing out the narrative. Another nice recurring touch is Eli driving in his car, the booming voice of a far more confident preacher haunting him over the radio. Despite a rushed climax, these elements plus the two lead turns endear the viewer to this story and struggle. There’s an honesty to Eli’s knowledge of his true sexuality and how it fights against his hope that it’s something he can battle and cure. It’s a true character piece about a character worth exploring.

The Revival is now available on VOD.