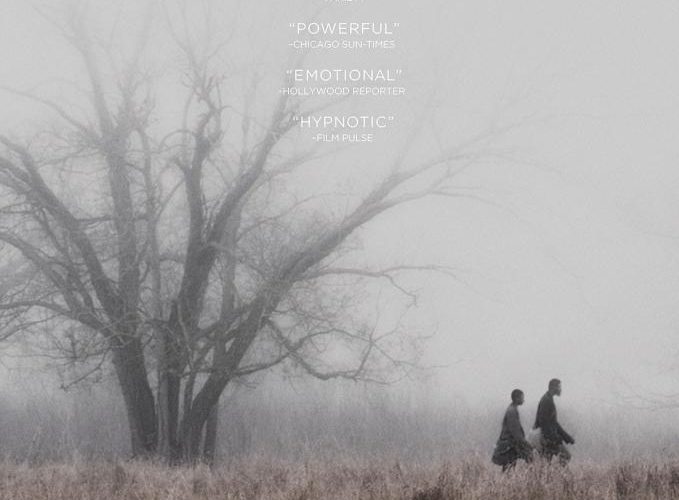 A sort-of counter-balance to Steve McQueen’s 12 Years a Slave, The Retrieval is the story of Will (Ashton Sanders) on the run from, and in collaboration with, white bounty hunters in 1864, a year before the end of the Civil War. Starkly photographed by Yasu Tanida in grays and light blues with a sense of dread, Chris Eska‘s drama is the independent counter-narrative, becoming a chase film in mode of a psychological drama. The film is subtle at times, yet provides an intense depiction of internal destruction, betrayal and sacrifice.

Opening with a raid of a safe house along the Underground Railroad, we’re introduced to Will, a boy without any family. He’s shown the ropes by Marcus (Keston John), with white bounty hunters providing intelligence on the whereabouts of escaped slaves — that is, until he is no longer valuable. Gut-wrenchingly haunting as Will comes of age later on, he threatens to stop and plant roots against the advice of Marcus when he meets a girl around his age. Marcus doesn’t think of himself as a kid when he encounters children of his own age, yet is by no means a cold-blooded child solider; he simply is a victim of circumstance without a minimal exposure to the norms of community, as he traverses bare wooded rural landscapes in the service of bounty hunter Burrell (Bill Obest Jr). Will and Marcus are a valuable asset (in one instance this is proven when a white member of Burrell’s crew acts up and is put back in his place).

Riveting, realistic, and produced on a significantly lower budget than a Hollywood film on the same subject, it makes the most of its limits. There are no extensive scenes on sprawling plantations, instead Will and Marcus encounter bare winter landscapes. When they awake one morning to find themselves in the middle of a battlefield they quickly escape in what is not an action film so much as a realistic moment akin to social realism films set in the Middle East — war is simply a reality that inserts itself in their daily lives. The other potential action scenes, including the film’s resolution, remain modest in their restraint as well. While its poetic landscapes and visuals often recall Malick, the film’s low-key resolve is a distinct throwback to Badlands. Well-paced and controlled by writer, director, and editor Chris Eska, The Retrieval is a polished, near-masterpiece of visual storytelling.

Sweeping and engaging, I have to wonder if this indie is a more realistic reflection of the era than the larger-budget Civil War era pictures in recent years. Lacking the polish of epic-style production design as seen in the aforementioned 12 Years a Slave and Lincoln, it provides a history that is seldom seen in film, and it’s a picture worth seeing on the biggest screen available.

The Retrieval is now playing in New York at Film Forum and will expand in the coming weeks.