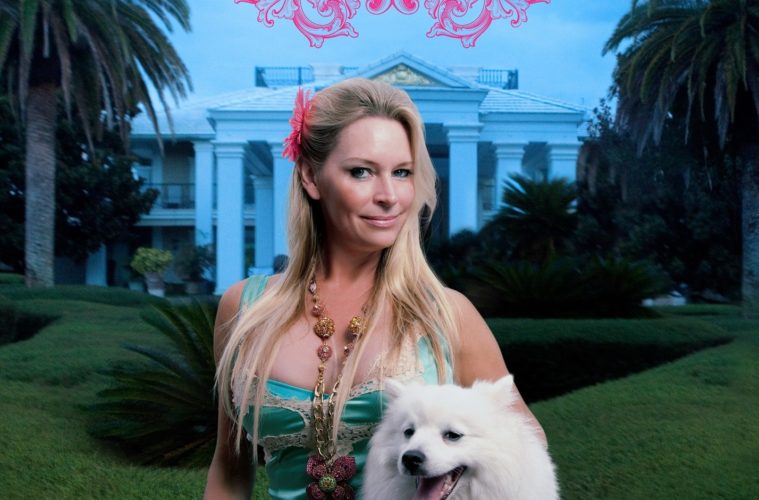 [Review] The Queen of Versailles

“What do you get the couple who has everything?”

It’s the kind of question that does not beget an answer; the idiom is practically smothered with enough irony to make a Bushwick hipster blush. But it is a question asked of David and Jackie Siegel in The Queen of Versailles. David of Westgate Resorts, the wildly successful timeshare business, she of the modeling career and beauty queen circuit. They decided to give themselves a gift befitting their billionaire status: a 90,000 square foot home in Florida they aptly named Versailles. Who could afford to be humble in the go-go mid-2000s? The economy had another gift in store: the bursting of the housing bubble that built Siegel’s empire, threatening to blow up his crown jewel resort on the Las Vegas strip and their dream home along with it.

In these (rightfully) combative times — as the 99% tries to collect itself in order to throw enough rocks to reach the pillars on which the 1% reside — Queen seems like a perfect film to galvanize the unwashed masses from Zuccoti to Albuquerque. Thankfully, Lauren Greenfield doesn’t allow it to be that easy. The critically-acclaimed photographer crafts a complex picture in her first feature documentary of a couple who came from nothing into enormous wealth and are threatened to return to nothing again, the kind of story whose scope deserves the biblical implications. What happens when the rich aren’t perched from above, but come from the very ground we walk on? And, more uncomfortably, what happens if they fall from grace? The film was originally slated to be a meditation on the kind of extreme wealth that has become as American as a Whole Foods Organic Apple Pie, as the director recently told me, and the beginning of the film tracks this seemingly improbable rise. Stop me if you’ve heard this one. David comes from a relatively poor family who personally struck gold buying up gobs of land in Florida before using that land to sell people the opportunity of one weekend in the kind of luxury that the Siegels comes home to every night. He met his wife, the blonde, buxom Jackie, when she was a beauty contestant, a career that came after rising from the glamorous world of Binghamton, NY and from behind her desk as an IBM engineer. It’s quite the stark comparison when Jackie’s friend click-clacks her heels in the quarter-finished über mansion and asks if one section is Jackie’s room. Jackie retorts, “That’s my closet.”

We witness the couple at the height of their powers: hosting a gathering for every member of the Miss America pageant (and David finding a favorite), taking limos to McDonald’s, and David proudly declaring that he was “personally” responsible for electing then-president George W. Bush. David remarks that Jackie is a collector, and it’s hard to see what isn’t in abundance. Nearly a dozen children run about the house, neglecting nearly a dozen animals that no one seems to realize they have; an entire fleet of nannies clean and parent the children in ways that their parents will never attempt; a garage filled with more bikes than a street corner in Amsterdam, that get much less use. But of course Jackie needs to purchase just a few more, in case one of the boys wants to take to two wheels…this time. In that most Titanic of fashions, the audience knows that the iceberg is dead ahead while all the Siegels can do is steam faster and faster toward it. This is not inherently a great way to build suspense. Luckily, the surprises in the film come in the stunning candor that Greenfield is able to illicit from her subjects in gorgeous and evocative portraits cum interview segments. It’s of no wonder that David Siegel is suing the director over this film — his honesty in times good and bad hovers to the point of shocking. Just because they are rich doesn’t mean their problems go away. Far from it. There are schools to attend, businesses to attend to, and a legion of dogs to care for, when the time permits.

Soon those nagging problems grow and grow, right along with Westgate Resorts’ debt. We watch as the company falls further and further, somehow wincing because of the considerable charm and humanity inherent in Jackie and her husband, but from the devastation it causes their employees. These are not people far removed from the hurt of the crisis. They know all to well about the addiction to “cheap money” that moved through America in the late aughts like crack in the ’80s.

The prism of this drop is from the vantage point of the rich, but the reality lies in the vacant sales floor in the prized Vegas timeshare tower (shown at the open to be as busy as Midtown at lunch hour); the untended to Westgate offices in the Siegel’s native Florida where rows and rows of cubicles sit as dormant as the timeshares they were employed to sell; the sad, proud former employees who attend a flea market of goods from the Siegel’s home that Jackie organizes. Queen shows the entire scope of the Great Crash, from top to bottom, in all of its shocking expanse.

This is shared within the Siegel’s home, its own movable ecosystem and economy powered by a cadre of children, housekeepers, reptiles, and employees, whose lives all depend on this power couple. There’s Jonquil, Jackie’s niece who sleeps on the dirt floor in her room one night and wakes up in Jackie’s 26,000 square foot (starter) mansion two days later. The heartbreaking story of Virginia, a nanny who left her native Philippines — and her children — to raise another family’s kids in order to bestow a better life for her own child half a world away. Her dream is to have a concrete house; she’ll proudly move in to the long forgotten and discarded “doll house” built for the Siegel kids to play in.

Over the course of filming, you watch the eldest of the couple’s children, Victoria, grow from a quiet, reserved middle schooler into a self-reliant, strong, confident teenager who’s willing to stand up for her mom, as her father sits and stews in his claustrophobic home office as his business crumbles around him. There’s also Cliff the Limo Driver who dabbled in the housing market only to come out bankrupt, or David’s grown son from a previous marriage who realizes that he’ll never win his father’s affection unless he becomes associated with the company, or Jackie’s friend from home who’s on the verge of losing her home, even if Jackie steps in to help monetarily. All of these stories easily coalesce in the film’s tight 100 minutes.

Though there are bits where Greenfield seems a bit too close to her subject, treating Jackie with a reverent eye instead of a more critical one (especially the ending). No matter. This is a well-woven, intricate, detailed document of a time of great upheaval in America and the world, featuring the kind of story that is revelatory, and will only grow in importance the further we move forward. Yes, this is how people used to live. No, I can’t believe it, even now.