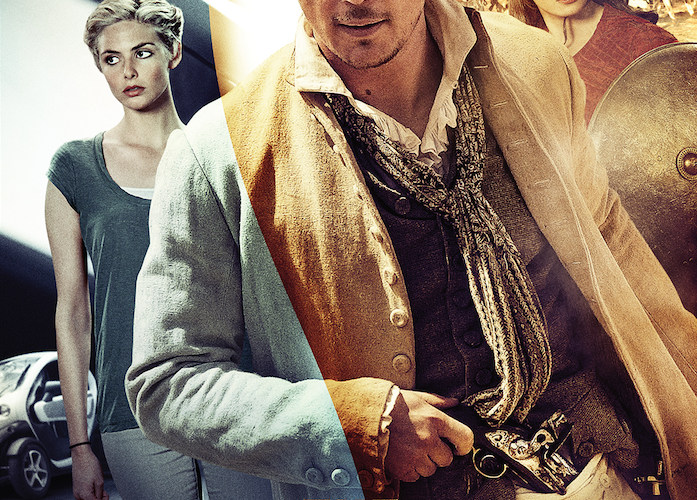 The career of of British filmmaker Roland Joffé is a strange one. A television director for a decade in the U.K., he earned a Best Director Oscar nomination for his first (The Killing Fields) and second (The Mission) films. That was thirty years ago. Since then, the man has directed nine features, all received lukewarm at best (Fat Man and Little Boy, City of Hope), very badly at worst (Captivity, Goodbye Lover).

And so we have The Lovers, Joffé’s romantic epic starring Josh Hartnett. Shot in 2011, this long-gestating, time-spanning film concerns the fate of two rings welded to make one, fitfully named “The Lovers.” In the present day (or near future perhaps, this was woefully unclear), married sea explorers Jay (Hartnett) and Laura Fennel (Tamsin Egerton) discover one of the rings in ruins on the Great Barrier Reef. Obsessed with what else is below, Laura dives late at night and nearly dies. Jay, after free-diving to save his wife, falls into a coma himself. It’s here that we are transported to Pune, India in 1778. A British soldier named James Stewart (also Hartnett, sporting a half-decent Scottish accent) is at the forefront of the East India Company and its gradual takeover of the East.

After a British-backed Coup d’etat takes place, the progressive-thinking Stewart is assigned to safely transport the dethroned queen to Bombay. It’s on this perilous journey that our hero falls in love with the queen’s maid Tulaja (Bipasha Basu), a young woman who takes to having prophetic visions from time to time. It’s what these visions promise – not to mention the vast cultural differences between the lovebirds – that makes their relationship of the star-crossed variety. This 18th century narrative proves to be the bulk of the film. For all of the talk about “communication between space and time,” The Fountain this is not. In the final 30 minutes, the film jumps restlessly to the present with very little to do, where Jay lies in a coma and his wife runs around crying hoping these rings will help save her man.

Made for a reported budget of $35 million, this film is getting shoved out after the fact for what will undoubtedly be a significant loss. Sadly, a slew of half-baked characters and a derivative, white-man-in-a-foreign-land plot line make it hard to recommend, despite a handful of inspired moments. Since 2008, Hartnett has made seven separate films, all of which have barely been released and/or barely seen. (The last film he led that got a wide release was the relatively well-received horror film 30 Days of Night.) Despite the charges against him, this is a talented actor and he’s doing good work here. Basu is also strong, unfortunately stuck in a underwritten, under-explained and reactionary role. Joffé is telling us a sweeping romantic fable, but not taking the time to make us believe the story.

The Lovers is now available on VOD and hits theaters on Friday, March 13th.