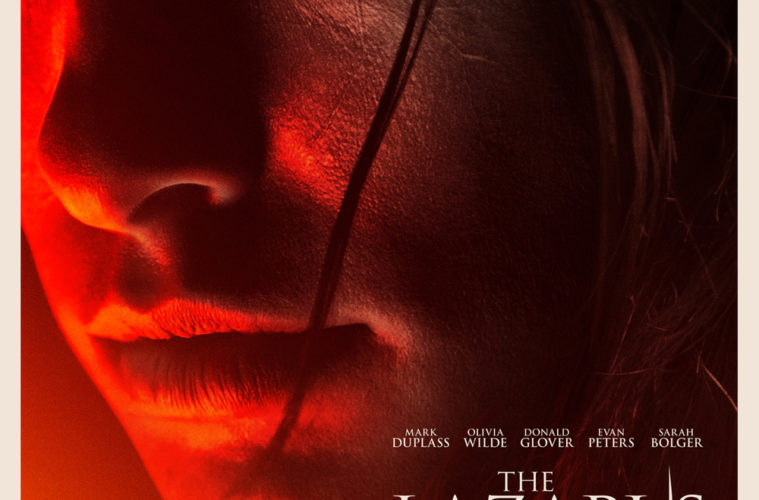 I came upon a bittersweet revelation while watching Olivia Wilde wreak paranormal havoc on her co-workers in The Lazarus Effect: the tried-and-true horror tropes no longer work for me. Oh, to return to that innocent moment in my life where the sight of a figure bolting upright beneath a covered sheet still filled me with fresh mortal dread, or a character bursting unexpected from the shadowy background forced an anxious glance over my shoulder. David Gelb’s new film is so dependent on the classic standbys of the genre, and so slight in every other regard, that it immediately draws attention to just how creaky they’ve gotten over the years.

An amiable and eye-catching cast of young up-and-comers highlights Lazarus, which plays less like an actual story and more like one of those horror clip shows that used to play on television back in the ‘80s. If you spliced bits—and not necessarily the best ones—of Pet Semetary, Flatliners, Event Horizon and Hideaway together for some 88 minutes, and got Olivia Wilde and Mark Duplass to host them, there would be very little difference between that and Lazarus. Early attempts by the cast to imbue the film with some nuance and energy are cut short once Gelb abandons his pseudo-science fiction for haunted house scare gags. The screenplay by Luke Dawson and Jeremy Slater takes the typical Frankenstein scenario and gives it an initially interesting spin, with a more genial-than-usual group of ‘mad scientists’ playing God by using a serum to bring back dead animals. What’s refreshing is that leads Zoe (Wilde) and Frank (Duplass) are likable and down-to-earth researchers who aren’t trying to break the chains of death so much as just give doctors more time to save patients who’ve passed beyond help. Zoe and Frank are in item, although her troubling dreams and his ambivalence towards marriage keep things rocky enough that faithful lab assistant Niko (Donald Glover) keeps harboring a crush towards Zoe. Rounding out the spare cast are Evan Peters as a goofy slacker with random moments of brilliance and Sarah Bolger as the student filmmaker documenting the experiment.

Eventually one of those dogs does come back from the dead, and everything changes. Old Yeller doesn’t take too kindly to being “pulled out of doggie heaven,” and decides to have one of those scenes where he disappears from his cage and silently stalks Peters through the lab. Once their employers learn of what Duplass and gang have accomplished, a sinister corporation swoops in and takes it away from them. Desperation pushes them to break-in and try the experiment again, leading to an electrocution that leaves Zoe dead, and, well, the equipments all primed and ready, so, why not? Up until this point, Lazarus moves along with well enough, not doing any remotely new, but keeping the proceedings fairly straightforward and reasonably understated. There’s a developing undercurrent of conflict between Frank’s unyielding scientific perspective and Zoe’s underlying religious beliefs, one that threatens to explode when the resurrected Zoe’s brain functions expand so wildly that her long-held guilt and visions of hell are made manifest on her co-workers.

The idea that damaged Zoe isn’t able to fully handle her own evolving abilities because of her perceived spiritual hang-ups, or that Frank is ultimately helpless to save her because of his own inability to process her faith could have made a fresh and inventive take on an ancient tale. Gelb and his writers tease a few of these elements, and threaten that course with the relaxed and affable performances, but ultimately any shred of creativity is completely abandoned in favor of retreating to the all-too familiar. Duplass does what he can, but his character doesn’t feel fully formed or written, and Wilde is good as both a troubled beauty and the deceptive beast hiding inside her. Glover, Peters and Bolger struggle to give their characters a sense of gravity but they become targets far too quickly in a film that runs under an hour and a half. The last thirty minutes of this thing are all shorting lights, darkened rooms, and voices screaming from other rooms. Creepy demonic visual effects and a few half-hearted attempts to riff on that myth of the unused ninety-percent of the human brain don’t help what’s become an extremely rote attempt to scare up some thrills.

There are moments here or there in Lazarus Effect that do work, and from time to time, the movie threatens to jitter to life, no matter how contrived it seems. Ultimately, though, one feels like they are looking at the broken fragments of a film instead of the fully finished whole. Wilde’s childhood trauma and its resulting visions are never properly explained, and how it factors into her hell-bent self-therapy isn’t satisfyingly explored. Ray Wise, so good in last week’s Digging Up The Marrow, tears through one scene as the maniacal head of the company that wants to steal the serum, but he’s literally gone from the picture after a four-minute sequence. Even that creepy dog gets locked back in his cage, left whining and watching as Wilde creeps around dispatching the rest of the small cast. Lost amongst the formula is that initial idea; what does happen after we die? What would become of us if we could go beyond the brink, look around, and then return? There’s a throwaway line in the film that briefly jabs at Luc Besson’s Lucy. Sure, both movies are bone-headed, but Lucy had the kooky courage of its convictions while Lazarus becomes the one thing a goofy horror film should never be: boring.

The Lazarus Effect is now in wide release.