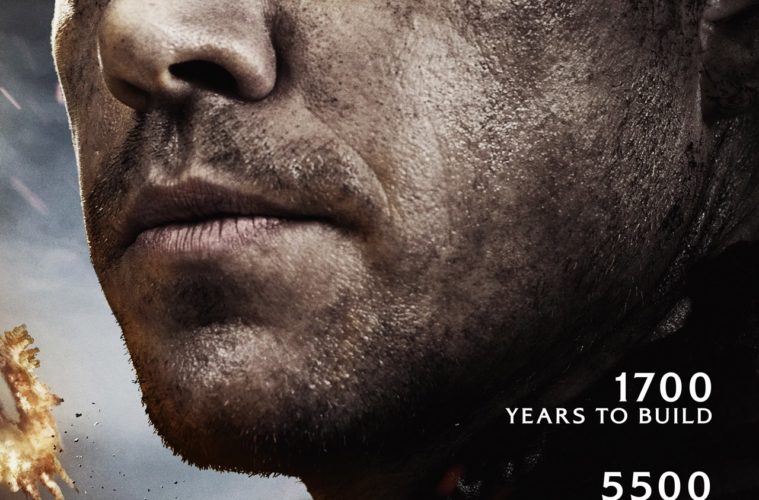 Review: ‘The Great Wall’ Has an Adventurous Spirit, Despite Its Missteps

There is an alternate timeline wherein the image of a large wall keeping monsters at bay might not be soured by notions of contemporary xenophobia; where Matt Damon didn’t white-mansplain diversity to a successful black female producer before appearing as the bankable white face in an otherwise predominantly Chinese-cast blockbuster. In that time and place, maybe Zhang Yimou’s The Great Wall feels like a better film. Although even here and now it succeeds a bit more than it should. The Hollywood-infused epic fantasy plays like Warcraft meets The Last Samurai by way of Zack Snyder — but shockingly better than all that sounds.

A large portion of the film’s moderate success is born from its narrative efficiency. Clocking in at 103 minutes, it moves from set piece to set piece with a nimble pace often absent from even the best epic swashbucklers. We’re introduced to Damon’s unkempt William Garin in flight with a few fellow mercenaries searching for “black powder.” Among them is Pedro Pascal’s Tovar, a sharp-tongued axe-wielder, and the reluctant Sundance to Damon’s Butch (their repartee is among the film’s surprising delights). The two are the sole survivors after being attacked in the night by one of the film’s marquee creatures: a Tao Tei. They escape with no small amount of luck, only to then stumble upon the Wall in question and become embroiled in calamitous onslaught from the beasts — all by minute fifteen.

This initial siege sets the tone for the remainder of a film that thrives on benchmarks. With Zhang Yimou relying on his affinity for technicolor swatches, he dazzles when not fretting about the paper thin archetypes that populate each scene. His traditional elegance and grace is notably absent. Where there was a paintbrush, there is now a lead pipe. Wide frames run rampant with ravenous hoards of Tao Tei — who, despite looking like Lovecraftian Komodo dragons, behave somewhere between Edge of Tomorrow’s Mimics and World War Z’s zombies. The film deals in numerous tropes of any standard creature feature, and excels at doing so. After all, having droves of cartoonish beasts means having gleefully animated ways of slaying them. The director’s aesthetic and the inherent ferocity of the Tao Tei reach their natural apex when William and Commander Lin Mae (Jing Tian) find themselves cornered in a stained glass tower as the beasts literally pile up. It’s unabashed style over substance, and the film (thankfully) rarely pretends to be concerned with the latter. When it does, however, it falters a bit, dealing in broad strokes of honor, trust and something to fight for. Despite getting distracted with means of escape (by a wholly wasted Willem Dafoe) and a crisis of conscience, Damon and this popcorn spectacle press on, though these more rote beats almost threaten to derail the whole endeavor.

And a spectacle it is, which is what makes The Great Wall’s more problematic elements disheartening. The obvious star-power casting of Damon creates complications for cinematic fluff that needn’t be so. On one hand, as a self-proclaimed “man of many flags” William could very well have been played by any actor of color. On the other, Damon brings substantial charisma with a single smirk, anchoring at least a hint of magnetism to a role that requires next to nothing from him. It’s worth noting that he spends a majority of the film being one-upped and outmatched by his international counterparts, deftly dodging a full-on great white hope scenario throughout. To bemoan the whitewashing (though warranted) is to do a disservice to a film that achieves no measure of excellence, but is otherwise satisfyingly digestible — not to mention an original property. (Gasp!) Perhaps this film shouldn’t be forgiven for its problematic cultural missteps, but to relegate its plucky, adventurous spirit is lamentable in its own right.

The Great Wall is now in theaters.