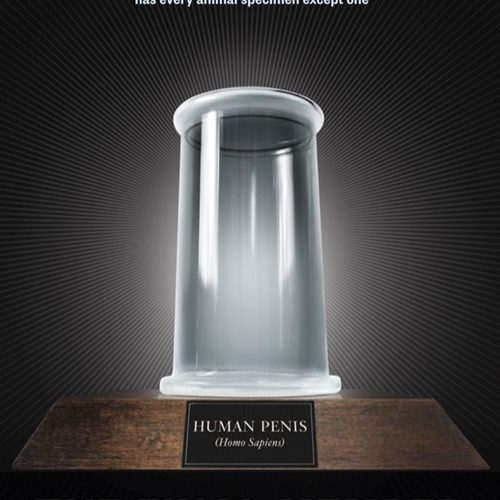 The latest cockumentary, The Final Member has somewhat grander ambitions than Brian Spitz’s quest UnHung Hero, where a size-conscious fellow attempts to unzip global and cultural fascinations with penis size. The Final Member celebrates penises of all sizes, shapes and life forms at Sigurour “Siggi” Hjartarson’s Icelandic Phallological Museum in Husavik, Iceland. While UnHung Hero reminded me of the kind of inquiry Sal and Richard of The Howard Stern Show might engage in, The Final Member could have been presented by the Twitter feed What The F*** Facts, as each revelation is stranger and more fascinating than the next.

Canadian filmmakers Jonah Bekhor and Zach Math in large part play it straight in a film that focuses largely on Siggi’s final quest: to complete his collection with the addition of a human penis. Unfortunately Jonah Falcon (the current record holder for the largest and a featured talking head in UnHung Hero) didn’t seem to be on Siggi’s radar. Two men do come forward, offering to provide Siggi with their members,  including an Icelandic playboy Pall Arason, and Tom Mitchell, an American. The latter, from California, has a great amount of affection for his penis, named Elmo. (He explains it was named by his first wife “long before any Muppets characters were out there.”)

The former has agreed to donate his penis after his death, while the other is in a rush. A healthy specimen well over the “legal length” (which we learn from Icelandic folklore is five inches), Tom takes great pride in Elmo, including dressing him up for seasonal cards, commissioning his own comic book about Elmo’s adventures, and hiring a builder to construct a display case. Committed to being first, Tom flies to San Francisco to visit a surgeon to explore options for detachment. After tattooing the American flag on Elmo’s head, relations between Tom and Siggi grow cold, and it’s Siggi’s call how the objects in his museum are displayed.

The Final Member, running a very brief 72 minutes, focuses its attention on the latter half of the quest, including some media fascination with the journey. This includes a hilarious (and painful) scene where an English TV crew botches a plaster mold of Pall and thus Siggi is unable to verify he’s of the “legal length.” What’s missing is more context; an additional 15 minutes of build-up, including more time with Hjartarson’s family, his daughter Lilya and wife Jona (both interviewed very briefly in the first 20 minutes), would have done wonders. What was it like to grow up with a collector of penises? We also don’t know much about Siggi’s background, although he’s a likable and engaging subject.

The Final Member is an entertaining enough look at this quest, taking its material perhaps a little too seriously to ask the kinds of questions that may be offensive in the moment, but awfully telling when answered. Directors Jonah Bekhor and Zach Math remain off screen, employing talking heads. This is not a personal journey for them, although it is for Siggi. While this is perhaps the most interesting challenge since the museum opened (transitioning from a private collection) in 1997, it suffers from living in the moment. A place this interesting deserves its own show. SpikeTV, Howard TV, Discovery, etc., you’ve heard of Cake Boss — how about Cock Boss?

The Final Member opens Friday in Austin, Dallas, Houston, New York, Yonkers, Phoenix and Seattle, and will expand from there.