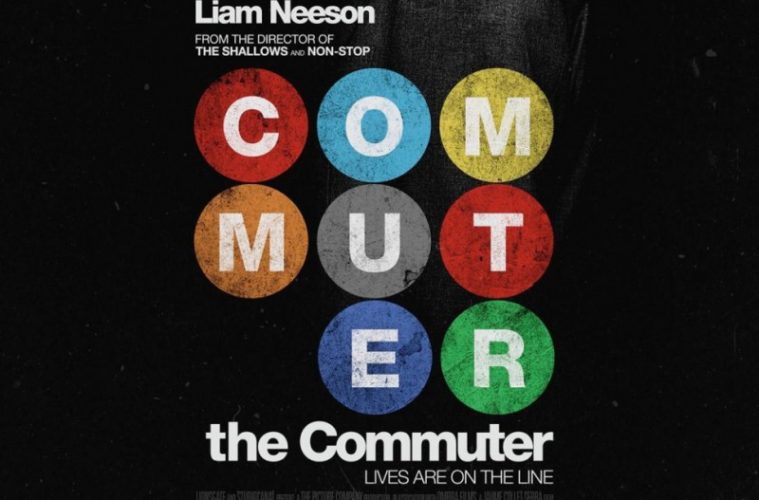 Review: ‘The Commuter’ is a Blissfully Lucid Thriller

In the world of Hollywood where “action” is often synonymous with CGI-heavy monstrosities splattered across the screen backed by an assaultive sound design, the blissful visual coherence and immaculately-constructed thrills in the films of Jaume Collet-Serra can feel like the third coming of Alfred Hitchcock (after Brian De Palma, of course). Following a trio of films led by Liam Neeson, he shortened his scope with the career peak of The Shallows, an ingeniously simple but no-less exhilarating shark thriller. The Commuter reunites him with his action muse, multiplying the single-cabin setting and inherent mystery of Non-Stop ten-fold, this time on a Metro-North train.

Michael McCauley (Neeson), a middle class insurance salesman from the Hudson Valley, has the same daily routine. He wakes up, gets dressed, has his morning cup of coffee, has a few exchanges with his family, then his wife drives him to the Metro-North train station where he commutes into work. Collet-Serra’s knack for narrative brevity continues from the first frames. Eschewing the banal conventionality that would comprise a standard action movie introduction like this, Collet-Serra and editor Nicolas de Toth (Stoker)–in a span of a few minutes–weave a symphonic medley of repetition as we witness romance, quarrels, and the mundane unfold across an entire year. This early stroke of brilliance can be applied to much of what makes Collet-Serra a great filmmaker as he continually considers, “What is the information I’m trying to convey and how can I do it it in the most precise, lucid way possible?”

Like any entertaining B-movie, there’s the clean-as-an-elevator-pitch logline: During a commute home, after losing his long-time job, Michael is approached by an alluring, mysterious woman (Vera Farmiga), who offers him $100,000 to identify a potentially dangerous passenger on board. As this proposition becomes increasingly knotty, deaths pile up and sympathies are constantly in question. While giving away anything beyond that will take away from the experience, rest assured, like Non-Stop, Collet-Serra gets incalculable mileage out of teasing the potentially dubious motivations of the passengers, most notably Lady Macbeth’s breakout star Florence Pugh.

A surprising amount of the second act is in more of a low-key register, devoted to Neeson’s character still figuring out the bread crumbs of this conspiracy as he weaves through (and under) train cabins. Keeping us one step behind the mystery sustains the thrills, but when all is finally revealed in the climax, the prior zippiness can feel weighed down by the obligation to exhaustively unpack all that was built up. It’s in these final moments that–for the first time–we feel ahead of the puzzle as we wait for the obvious shoes to drop.

Injecting the voice of the middle class in a not-so-thinly-veiled middle finger to corporate America and capitalistic greed, Collet-Serra has been adept at mixing a hard-working everyman perspective into these Neeson-embodied archetypes, and The Commuter is no different. Neeson’s McCauley is a weathered fighter and proof that an overcomplicated hero is not necessary for additional dramatic weight. When it comes to the action, Collet-Serra has proved to be a master at cleanly setting the dominoes in confined environments and thrillingly controlling their fall. While I’d gladly watch the filmmaker plug in new characters in similar situations, by the finale of The Commuter, it’s clear this is a director has more up his sleeves and one hopes he uses his extraordinary eye in a more complex playing field. Still, if Collet-Serra put Neeson on a merry-go-round and added some danger, I’d gladly show up.

The Commuter opens on Friday, January 12.