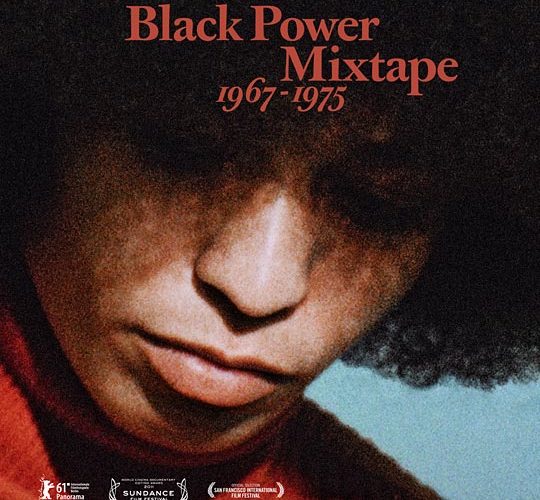 Archival documentaries have a certain allure to them; they offer a window to events and people in the past, rather than resorting to modern techniques of reenactments, or juxtaposing new footage against old photos. The challenge then becomes, when one makes an archive film, how does one make the subject interesting and relevant to a modern audience while visually residing in the past. Filmmaker Goran Hugo Olsson does just this with excellent skill in The Black Power Mixtape 1967-1975.

While working on another project in a Swedish television studio, Olsson stumbled upon a trove of archival footage, originally recorded by Swedish journalists in the late 1960s and early ’70s. Coming in as outsiders with a curious, neutral disposition, these journalists were able to visit America during a very tumultuous time, and talk candidly with figures on both sides. Shown in a rough, yearly chronological order, the film depicts the complexities faced at the time, free of the media spin that had once villainized the leaders of this movement.

Having gained the trust of Black Power figures, including Stokely Carmichael, Eldridge Cleaver, and Angela Davis, the film is loaded with footage and candid conversations that have never before been seen by American audiences. In the beginning, the film starts with Carmichael giving a rousing speech to a crowd, taking about the need to take action. Then, it cuts to a more intimate moment in his home, where he borrows one of the journalists’ microphones to interview his mother about her experiences with racial discrimination, showing where his motivations come from.

Also in this same segment, there is a modern commentary given by Talib Kweli, as he discusses his own exploration of Carmichael speeches, and the effect the have had on his life. This juxtaposition continues throughout the film, as a combination of archival and new commentary of the depicted figures is mashed up against a number of modern voices, including Kweli, Questlove, and Eyrkah Badu, as they provide their own reactions to the footage. It is unique blend of voices that makes the word “mixtape” so fitting in the title, and what makes this film so thoughtful and effective.

The film opens in New York this weekend, and is well worth the trip to the cinema.