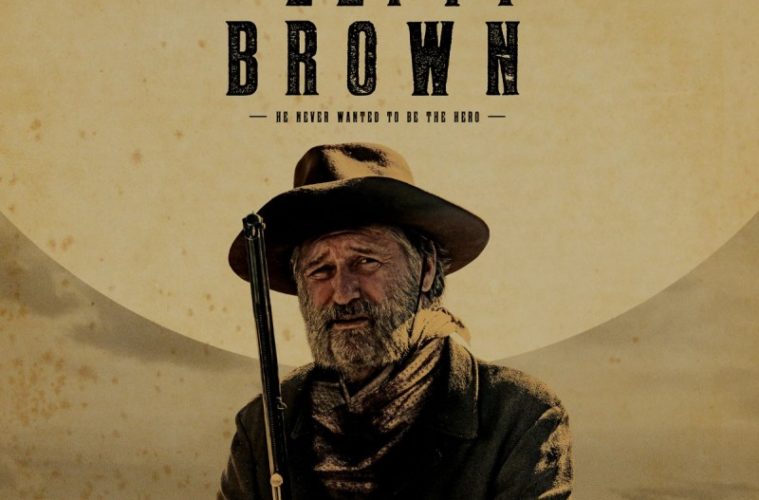 Review: ‘The Ballad of Lefty Brown’ is a Hollow, Half-Hearted Western

Some obligatory credit is due to those ambitious (or, depending on the results, naive) enough to establish their name as a feature film director in 2017 on the basis of a genre-faithful western. The hazards of such an approach are not insignificant: take an earnest stab at crafting a film that belongs to a genre with an 80-year-long development trajectory — one that peaked as a self-contained narrative form well over 50 years ago, and has since hypertrophied into a self-aware meditation upon itself, replete with the postmodern, self-reflexive interrogations of the black-and-white moral worldview that forms the very meat-and-bones of the original films — and you run the risk of succumbing to unintentional parody in apparent disregard towards the historical developments of the genre you hope to submit to your vision. On the other hand, when executed with a slight, unostentatious nod to history and just the right touch of contemporary remixing, the rewards can be bountiful.

The Ballad of Lefty Brown, the sophomore effort from director-producer Jared Moshe, invests blind faith in the classic western format and shows just how hollow genre films can prove when they strive too earnestly towards imitation. Lefty Brown isn’t Moshe’s first western-styled rodeo. He made his directorial debut with 2012’s Dead Man’s Burden, a western set in post-Civil War New Mexico, starring relative unknowns Clare Bowen and Barlow Jacobs. In Lefty Brown, Moshe takes the inverse approach: perhaps because of the foothold he established with his debut, the cast of his latest is a star-studded excursion. Even with a roster marked by pleasantly familiar big names, Moshe’s effort to make a storybook western plays out like something closer to a cheap variety show one might find at the local county fair.

Bill Pullman stars as Lefty Brown, a dim-witted frontier cowboy and stay-at-home sidekick to Edward Johnson (Peter Fonda), the former town sheriff of Red Bluff, Montana, and newly elected state Senator. Once Johnson leaves to take up his post, Brown will become the man in charge at the ranch, and no one, including Brown himself, is particularly thrilled about this. Save for Johnson, everyone seems to view him as too dull and cowardly to handle life on the frontier without someone else telling him what to do. (We don’t actually see this or learn about this characterization in a way that would give this otherwise-paper-thin character some depth; he’s just yelled at by Johnson for missing a shot in the very beginning of the film with the oh-so-unsubtle line “Lefty, ain’t you a little grey to be making these mistakes?!” and, then, by everyone else just treating him like a developmentally challenged man-child.) While Johnson is preparing to embark with his wife, Laura (Kathy Baker), for the new career in Washington, a ranch hand unexpectedly appears to report that a few horses have been stolen, thus prompting Johnson and Brown to saddle up together one last time to seek out justice. Just as Johnson is handing over his rifle to Brown in a very clichéd, passing-of-the-guard sort of way, Johnson is shot and killed by an unknown assassin. Suddenly left to his own devices, Brown buries Johnson’s gun in the ground and, in his silly, dialect-confused accent, vows to “get that son of a bitch” and avenge his partner’s death.

It’s at this early point, a mere fifteen minutes in — by which Moshe’s provided a cringe-inducing scene of expository information passed behind the guise of spousal flirtations between Johnson and his wife, a scene that ranks among the most awkwardly staged I’ve encountered in quite some time — that all hopes of this becoming something other than an awkward and rote rehashing of western tropes are squashed. In expedient fashion, befitting a film with so little interest in breaking outside genre confines, it establishes imitation as the highest aim. As a whole, Lefty Brown is a confusing mix of self-serious bravado paired with cardboard cut-out characters that are made all the worse by some career-low performances from Pullman, Baker, and Jim Caviezel, who plays the villainous governor.

Perhaps the appearance of high-profile talent in an otherwise unremarkable film speaks to Moshe’s talents as a producer more than anything else, and it’s in that realm that he is deserving of the most credit. (Side note: Simon Arthur’s Silver Tongues, which Moshe produced in 2011, is among the more interesting directorial debuts I’ve seen in the 2010s, and was what initially led me to have cautiously high hopes for what was in store with Lefty Brown — a reminder that being a producer of well-directed work is in no way an indication of one’s own talents behind the camera.)

Shot on Kodak film, Lefty Brown certainly provides the look and texture of an old-timey western. And with the combined talent of its cast, there is some promise that Moshe could pull off a legitimate reworking of the genre situated in his own contemporary understanding of its multi-generation evolution. But for all of its half-hearted earnestness, Lefty Brown proves that what a successful contemporary western most urgently requires is conviction.

The Ballad of Lefty Brown is now in limited release and on VOD.