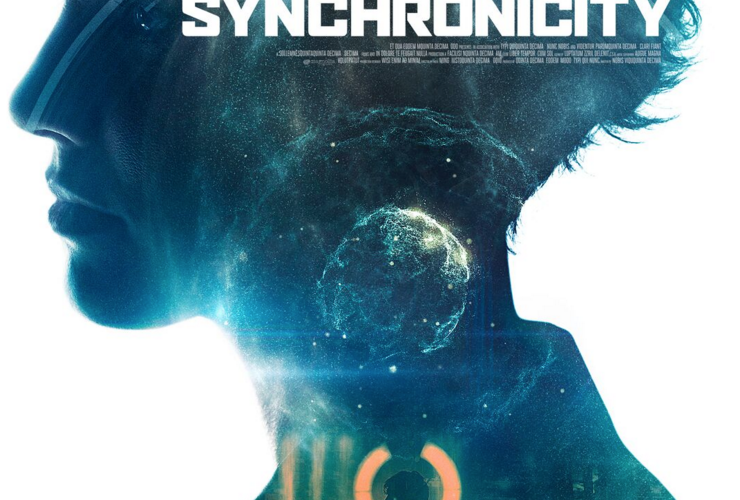 Late in Jacob Gentry’s thought-provoking but clumsy sci-fi time bender, Synchronicity, one character says to the other: “You have the power to cross the universe in an instant… All the things you could accomplish, all the questions you could answer, and you just want to get laid.” That monologue synthesizes the most important aspect of the latest crop of time travel movies: they’re all rooted in primal concerns. Like last year’s underrated Time Lapse, Synchronicity centrally revolves around the way a relationship feeds into a headier concept — in this case, time travel.

Unfortunately, even by the end when all the twists have been revealed that explain that central relationship, it still just doesn’t make sense. But even if Synchronicity doesn’t succeed on its own merits as a story, it’s another example of the possibilities of low-budget sci-fi alongside recent successes like Coherence and The One I Love.

As Synchronicity begins, the story introduces Jim Beale (Chad McKnight), a scientific genius on his last fumes, and on the brink of the discovery of time travel. In his lab, he’s running his tight-knit team around the clock as they practice the precise machinations to create a wormhole.  Only possible through a physical manifestation of an antimatter-like material, MRD, Jim has only one shot to open the wormhole, thanks to the patronage of a shady capitalist (Michael Ironside) who supplies the material.

The test seemingly fails at first, and Jim is forced to wrangle a new deal thanks to the help of a mysterious stranger, Abby Ross (Brianne Davis), who butts into their negotiation outside the lab. Jim and Ross begin a whirlwind sexual relationship, and things seem to finally be coming together.  Things complicate though as Jim realizes that a foreign object was inserted into the wormhole during their previous test without his knowledge. It soon becomes clear that the object was placed there by Abby as a means to blackmail Jim based on proprietary claims.

That’s the best way to describe the scheme, and even as shown in the movie, it’s needlessly confusing. All that really needs to be known is that the remaining time then becomes a trip into the past to prevent Ironside’s character from screwing him. That’s a promising, albeit convoluted premise, but Synchronicity also needs to deal with knotty and easily jumbled abstractions to reach the point where it can bring the audience along on the ride. It stumbles badly in this sense, relegating nearly endless exposition into dialogue between scientists that comes across like affected academism.

As a whole, the performances are characterized by a strained sense of wordiness.  Even in scenes that don’t require exposition, the conversations feel particularly didactic. And in scenes of scientific conversation, there’s an overemphasis on the need of these characters to sound smart.  That’s not even mentioning all of the bad science-themed koans spread throughout the script like “time is our only real currency.” Compared to Primer for instance, which was so exhaustively invested in the intricacies of time travel, Synchronicity is more often just long winded.

The biggest problems by far relate to the fundamental believability of the relationship at the center of Synchronicity. Abby’s character is obviously created from the blueprint of classic femme fatales, but played by Davis, the character too often reads as vacant rather than truly mysterious. Her performance mostly resembles a less mysterious version of Sean Young’s iconic Blade Runner character.

The acting across the board is pretty mixed as well. Jim, for the most part is pretty strong, even though he often scans as a composite of Jim Caviezel and Sam Rockwell with his alternations between wide-eyed desperation and solemn paranoia. But even he has trouble with making his dialogue sound like anything more than an info dump.

Ironside is perfect as the corrupt investor who is just waiting for an opportunity to throw Jim under the bus. He still has a rich affinity for looks of disgust and lines of droll gruffness, but his role here is just too small, especially by the end when he’s nearly entirely pushed out of the picture to make room for the plot.

On a shoestring budget, Gentry fares pretty well when it comes to the science fiction necessities. Like David Cronenberg’s Cosmopolis, Gentry knows the value of using an urban environment as the reflection of a future. With its imposing skyscrapers and monolithic concrete, the outsides of Synchronicity look artificial but realistic. And the effects work is sparse but effective, compacted into brief anthropomorphic visualizations of the wormhole that look like milky irises.

But other than occasional scenes with retro-futuristic technology and an ongoing fascination with the way shadows dance over the city, Synchronicity often feels like it’s going through the motions in terms of its engagement with noir and dystopian sci-fi. Most of the authenticity comes from Ben Lovett’s excellent score which at its best apes Tangerine Dream/Ashra synth squiggles and Vangelis-style melting horns.

As Hollywood has shown, science fiction isn’t an easy genre for storytelling with a massive budget, let alone with minimal resources. Gentry is juggling some weighty material with the movie’s discussion of the consequences of changing the past, but there’s always the nagging sense that the instigating events just don’t fit together. Synchronicity is smart enough to know the importance of character, but if the entire movie hinges on one relationship, it better be believable.