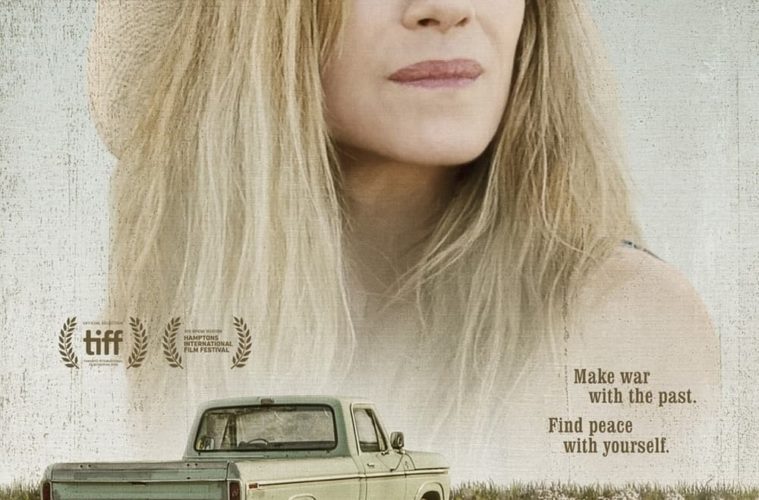 Review: ‘Strange Weather’ is an Earnest and Moving Portrait of Grief

What if a revenge road movie met an internally-focused study of grief? What if the hard-bitten, anti-sentimentality of a Southern noir was blended with the sincerity of a moving character study? What if Holly Hunter and Carrie Coon were an absolutely dynamite on-screen duo? These are all questions that are confronted head-on by writer-director Katherine Dieckmann in her latest feature, Strange Weather. Taking place years after the suicide of her son, Darcy (Hunter) is sparked into action by the realization that a friend of her late son has opened a string of restaurants with the exact business plan pitch her son had made — down to a childhood story that belongs to her and her dearly departed. Driven by, in her mind, a steadfast righteousness, she takes to the road with her best friend, Byrd (Coon) to set the record straight. Oh, and there’s a gun in the glovebox.

On paper, this set-up levels expectations that are focused on revenge, and yet like any good revenge story, Dieckmann and co. understand the emotional core of that drive: grief. Where the brilliance of Strange Weather lies — in great part through Hunter’s stunningly human and subtly searing performance — is in its constant grappling with the nonlinear process of grief. It is portrayed not as a step 1, step 2, step 3 structure, but instead a tangled and often dichotomous process that can rear its head in many forms. These bisections are revealed in numerous ways, each complimenting and challenging the others. Most notably, it is through the way in which Darcy carries herself, oscillating between a youthful glow to the most crushing aspects of maturation and parenthood. Hunter’s ability to externalize the internal process of handling emotions as they hurdle towards her in a flurry is a marvel to behold, and she is completely in the skin of a woman torn by grief and begging for catharsis. These moments of grief are also handled beautifully in scenes between Darcy and Byrd, where the most direct dissection of the grieving process is laid bluntly yet complexly on the table. One of the most unexpected choices in the film comes in a small moment between the pair in a motel room with a stripped-bare humanity. It is a gesture at odds with itself, coming during a moment of tension and conflict that it serves beautifully as the summation of the film’s handling of grief. Coon is the perfect companion for Hunter, working in tandem in both moments of joy and confused anger to arrive at something fascinating to watch, and wholly human.

This is when Strange Weather is at its best: allowing its two magnetic stars to work on their naturalistic magic, bouncing off of each other with all their differences and care. The dialogue has a natural yet poetic edge, fitting well with the film’s palette and aesthetics. The southern heat of Georgia, Darcy’s dusty truck and messy house, and the general production design all align to create an atmosphere of authenticity that would feel at home in a novel. These are elevated by the soundtrack, largely composed of songs by Sharon Van Etten (recently featured in our favorite fictional town, Twin Peaks, early this summer), whose beautifully rich melodies seem tailor-made for Dieckmann’s creation. The film does trudge along in a couple moments, specifically in a subplot that feels heavy-handed, though it does lead to some wonderful exchanges. Still, there is a sense that at times the script may be loaded with a few things it doesn’t need. It’s a bit messy, which could be argued fits the concept of how grief works. However, quality of execution need not always fit with theme, and these things keep Strange Weather from being a great film.

However, some of its most overt narrative trappings are used as a vehicle to study what’s underneath. This is true of many films, of course, yet here it is an important note. Because it is in some of these strokes that Strange Weather could be labeled as walking on well-trodden paths. It utilizes very familiar territory to speak on a subject often talked about, making it a potentially target to for decrying as cliche. Yet the way in which Dieckmann navigates this path — thematically and technically —  is what makes Strange Weather stand out.

Sometimes, nothing is neat. Sometimes, there’s no revelation, and pieces of the puzzle you picked up before don’t create a larger whole. Sometimes, loss just stands there, singularly affecting. Without trying to spoil anything, it is important to note that the way in which catharsis is ultimately depicted in Strange Weather that makes it a compelling, deeply moving, and earnest study of loss and moving on. Because without the second half, you’ll wither.

Strange Weather is now in limited release and on VOD.