Private Desert Review: A Love Story Trapped Under the Oppression of Traditionalism 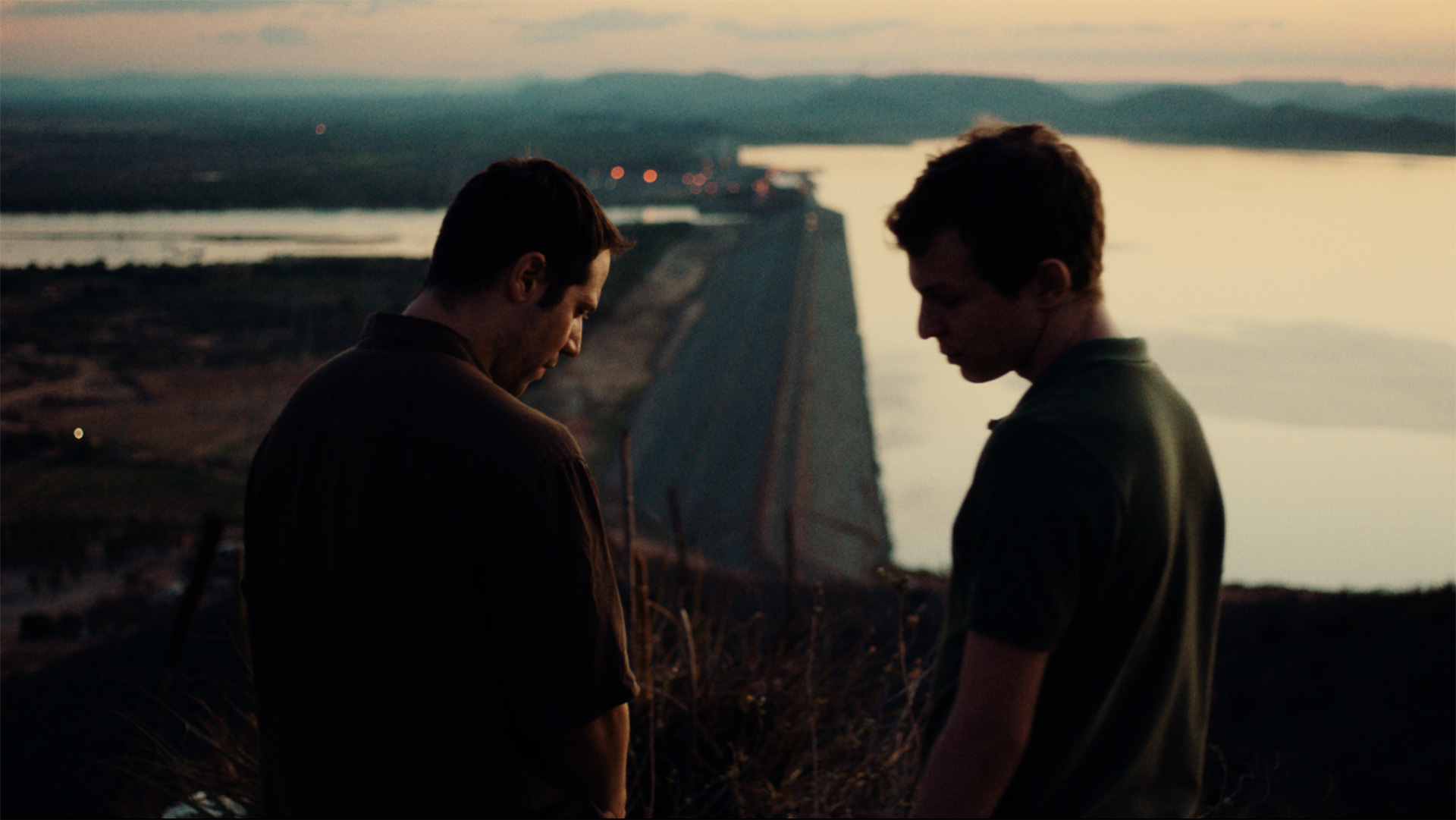 Writer-director Aly Muritiba said something very interesting about his new film Private Desert in the lead-up to its Venice debut. He spoke about a desire for its success to not simply be of the “preaching to the choir” variety. Rather than hope an artist, who already understands the breadth of love, could find something at the core of his love story, Muritiba wanted to open the hearts of those trapped under the oppressive force of conservatism and traditionalism. This tale of a conflicted policeman discovering his online lover isn’t who he thinks she is possesses the opportunity to connect with those who see themselves in the former, not the latter. And he embraces that possibility. Some audience members have not.

Comments about this film using the suffering of LGBTQ characters to help an outsider find redemption aren’t wrong, and members of that community have a right to voice their displeasure—especially when so much media does exactly that. While I, a cishet man who can only begin to approach understanding their experience through art such as this, can’t speak about their pain, I do wonder if that sentiment is perhaps too black-or-white. Because this is also about a nation whose LGBTQ rights have been dragged back to the Dark Ages. It depicts Brazil as two worlds (conservative south and progressive north) yet the recent devolution under Bolsonaro hardly makes either “safe.” Finding security in each other isn’t a small thing.

That’s ultimately what’s happening between Daniel (Antonio Saboia) and Sara (Pedro Fasanaro). It’s not easily found either considering the recent events that have placed the former on disciplinary leave from his job at his local precinct. Muritiba and co-writer Henrique Dos Santos do well to keep what occurred under wraps, teasing an unforgivably violent act that’s simultaneously surprising (Daniel seems a compassionate soul, caring for his dementia-ridden father and sweetly expressing his feelings to Sara over text messages) and predictable (the rage bubbling beneath his surface is hardly hidden). We know, however, that increased national coverage of his transgression and Sara’s sudden radio silence can’t be a coincidence. Right when Daniel needs her most so he can be vulnerable (he fails to do so with his sister, Cynthia Senek’s Debora), she’s suddenly gone.

The first hour depicts this struggle. We see Daniel’s desperation while toeing the invisible line between who he could be and who he’s unfortunately become. You can blame the discrepancy on many different factors—he’ll reveal some later in the game—but at the end of the day, he made his choices. Nurture or not (his father was a “respected” disciplinarian sergeant), he allowed himself to lose his humanity and inflict grievous harm. Agreement or not (his superior doesn’t yell at him for what he did, but for allowing the phone that captured the incident to be passed around), he deserves punishment. And a simple apology isn’t enough to correct matters. Not if the law condones those actions when kept under wraps.

So: Daniel leaves. Not because the evidence of what he did stares him in the face whenever he looks at his silent father, knowing he’d probably be proud of him, but because he needs to know if that side of him is what scared Sara away. He drives cross-country knowing only her hometown and prints flyers with her photo to see if anyone can connect them. You couldn’t blame him for thinking she might have given a false city, but he stays long enough to receive a cryptic phone call asking him to meet. Fernando (Thomas Aquino) proves a formidable presence until he breaks into a smile upon feeling satisfied that this stranger isn’t going to hurt his friend. Sara can then decide to finally appear herself.

It’s here that Muritiba shifts focus. We leave Daniel behind to follow Sara returning home, sans wig and dress, to find grandma (Zezita Matos) asleep. Enter Robson: a young man trying to live his true self in an environment that will not accept him. We learn a lot about the character—the duality, fear, and heartbreak—all while wondering what might happen considering Daniel’s past. Of course, Sara would ghost him. How could she watch what he did and not believe that he had the potential to do worse to her upon telling him the full story? That’s the problem with technology’s ability to easily connect people from different worlds. We fill in the blanks and project our desires. They fell in love with an idea.

Where Private Desert goes from there is what makes it so great to me. Muritiba could have leaned into trauma or romance despite both ends of that spectrum inevitably feeling hollow by comparison. Other filmmakers surely would have because such extremes sell. I didn’t think the film was black-or-white when it comes to using Sara to better Daniel (or vice versa) because Muritiba never lets them be reduced to one-dimensional stereotypes. He draws them as equals insofar as their inability to fully embrace who they are away from external forces. Daniel sacrificed his heart to follow his father’s example because that toxic masculinity provided him purpose. Robson fractured himself into two people to maintain familial connection, despite it relegating Sara as secondary.

More than the opportunity to love each other, this connection supplies the chance to love themselves. That’s obviously reductive for Robson, but there’s something to be said about both being trapped under a culture, religion, and regime demanding they fall in line. It’s part of why meeting is so scary. Daniel is afraid to be vulnerable but knows he can be with Sara. Sara is afraid to be with Daniel in real life because of the truths that follow. The question is thus whether they can trust the other to be who they need them to be. The risk is much greater for her—and I think Muritiba does a good job ensuring that fact isn’t diminished—but it exists for both just the same.

So many scenes unfold with static frames to give actors our undivided attention, letting them evolve emotionally without unnecessary cuts undermining authenticity. Saboia and Fasanaro are fantastic—each embodying the complexities of their characters in ways that guarantee we sympathize with them regardless of what they may have done. None of this works if we don’t allow Daniel the room to grow, after all. And doing so isn’t like flipping a switch. Neither is Robson deciding to live his life the way he wants as though there aren’t consequences. What happens is neither planned nor perfect. The honesty it creates, though, means it might just be worth the journey’s perilous uncertainty. While very different people, the other’s strength and love provides a mirror of support.

Private Desert will be released by Kino Lorber in 2022.