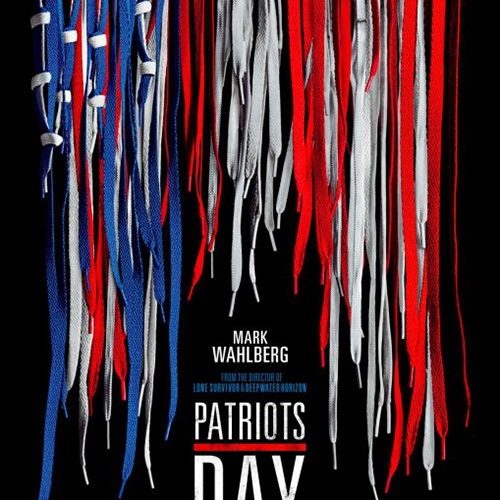 Review: ‘Patriots Day’ is a Messy Hybrid of Reality and Hollywood Artifice

Filmmaker Peter Berg is not in the business of subtlety. He creates action films at a human scale, and Patriots Day is just that, trying to do too much in its 133 minutes. For much of the lead-up to the Boston Marathon Bombing in 2013, the film patches its artificiality with archival footage from the day and concocted footage that looks like it had been. Cobbled together from multiple projects on the subject, Patriots Day is a curious case of a gritty piece of work wrapped in a traditional action flick full of artificial, crowd-pleasing one-liners and manipulative threads documenting the human cost of the bombing. A baby is saved from the attack by a Boston police officer; a couple is separated and taken to different hospitals; the tragic deaths, including a seven-year-old child. This film crams a Netflix mini-series’ worth of material into a sweeping theatrical feature that attempts to be faithful to the day’s events while wholly inventing its main character, Sergeant Tommy Saunders (Mark Wahlberg).

Tommy is a cop on BPD Commissioner Ed Davis’ (John Goodman) naughty list, assigned to work below his pay grade at the Boston Marathon finish line, taking the lead until FBI Special Agent Richard DesLauriers (Kevin Bacon) enters and commands charge of both the investigation and the film. Once he appears in a larger-than-life sequence that’s full of every police movie trope, the film’s GoPro/low-resolution aesthetic is thankfully abandoned for good, old-fashioned shaky cam from cinematographer Tobias A. Schliessler.

At feature length, the film covers too much ground and takes too many liberties and short cuts to be effective, even if it’s never not a crowd-pleaser, chock-full of one-liners from the likes of Boston native Wahlberg and J.K. Simmons, who plays the real life Watertown Police Sergeant Jeffrey Pugliese. The film’s strongest and most tense moments are when Berg focuses his lens directly on the brothers Tsarnaev, guys that seem to – until they carry out the attack – embrace a hedonistic American lifestyle. Dzhokar (Alex Wolff) sells drugs, gets laid, and generally is living the American college dream. The film posits the theory that his actions on the awful day were encouraged by brother Tamerlan (Themo Melikidze), who we learn met his attractive, all-American wife Katherine (Melissa Benoist) at a local bar. What happens between Katherine and Tamerlan’s courtship and her refusal to help the BPD and FBI is also a story worth telling, as disturbing as it may be. This is not the time and place to talk about radicalization, but certainly a frank movie ought to be made by a brave filmmaker — Berg, occasionally a middle-of-the-road provocateur (as his film The Kingdom proves) is not the man to tell that story.

Patriots Day turns into a thrilling, albeit paint-by-numbers police procedural celebrating the resilience of Boston and the heroes of the day, from the real-life Dun Meng (Jimmy O. Yang), a carjacking victim who breaks free from the Tsarnaevs and plays a key role in their capture, to ambushed MIT officer Sean Sollier (Jack Picking), who we learn, in an odd bit of forced character development, is a fan of the Zac Brown Band. I wish we knew more about him, but there’s only so much time in a feature film. Mixing the authentic with the artificial is a dangerous alchemy here, especially when considering the film’s fatal flaw: Tommy Saunders, a troubled hero on the verge of redemption. Saunders is cobbled together from multiple police tropes and he proves to be the right cop in the right place following the bombing, while dealing with a busted knee from a botched raid that opens the film. As others in the ensemble play real heroes, victims, and villains, truth does prove to be more interesting and stranger than fiction of Saunders.

Patriots Day may, in fact, embrace the spirit of the days following the bombing, but the scattered framing leaves one wanting more. Berg has shown skill as an action director when operating at a human scale – more accomplished pictures include this year’s Deepwater Horizon and 2013’s Lone Survivor – but with a larger landscape here, the mix is uneven, right down to its coda: a mini-documentary about the meaning of Boston Strong with real-life victims and heroes. These people deserve a more interesting and more measured film instead of this messy hybrid that tries to have it every which way.

Patriots Day opens in New York, LA and Boston on December 21, and nationwide on January 13.