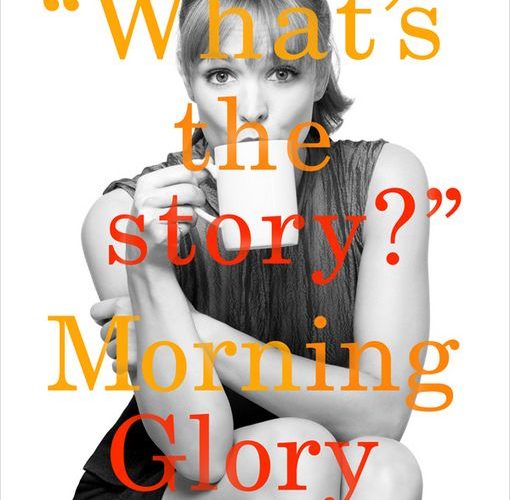 It’s hard to know how much to expect from Morning Glory going in. Written and directed by the people behind easy, enjoyable fare like The Devil Wears Prada (Aline Brosh McKenna) and Notting Hill (Roger Michell) but starring perennial A-listers Diane Keaton and Harrison Ford alongside up-and-coming A-listers Rachel McAdams and Patrick Wilson, it promises the witty, nuanced characters of a James L. Brooks film with the shamelessly accessible comedy of a Nancy Meyers rom-com.

Sure enough, Morning Glory is the love child of both. Even the film’s setting, the “Morning News,” fits the bill: something that provides some intellectual depth underneath a thick shell of cooking tips and sensational journalism. Becky Fuller (McAdams) is the newly fired/newly hired upstart producer looking to turn ‘Daybreak’ (the fictional morning show for fictional network channel IBS) around for a brutally honest, brutally sarcastic executive played by Jeff Goldblum with a surprising amount of vinegar.

To do so she hires legendary nightly news anchor Mike Pomeroy (Ford), whom Becky’s soon-to-be love interest Adam Bennett (Wilson) refers to as “the third worst person in the world.” He’s a pompous has-been who would never admit as much.

Long-time ‘Daybreak’ prima donna Colleen Peck (Keaton) immediately hates Pomeroy. Pomeroy, of course, hates everything, Peck included. He’s a real news man concerned in real news, not cooking tips and words like “fluffy.” While all of this is going on, McAdams stumbles over her words and fumbles her Blackberry where Holly Hunter in Broadcast News 20 years ago only stumbled over her words.

It’s an update of a familiar tale, directed by a man who thrives in pleasing crowds, armed with a cast more than up to the task. Ford’s having fun in a way that would make his last comedic effort (Hollywood Homicide) blush and McAdams seems incapable of not coming off as the most strong-willed and most beautiful woman on screen in some time. She could make reading the National Enquirer somehow wholesome and inspiring. Goldblum continues his little streak of solid supporting roles while Keaton and Wilson are given precious little to do.

Unfortunately, the filmmakers allow two or three too many pop-song, slow motion montages, which warrants the “sit-comy” critical reaction the film’s been getting.

Perhaps not so unintentionally, Morning Glory struggles with the same dilemma ‘Daybreak’ does. While the film constantly entertains, it fails to keep the brain moving throughout. Watching the weather man ride a roller coaster via steadi-cam is funny and creative the first time. Seeing him do similar antics several more times is still funny, if not a bit disconcerting. Is that the best they got?

Employing a very similar structure to The Devil Wears Prada, McKenna’s central conflict relates to work, not play. Becky and Adam’s relationship is a sub-plot, given no more time than it’s worth. The central, and most engaging, relationship is between Becky and Mike. McAdams and Ford spark a chemistry that’s more than rare these days, escalating the entire film by leaps and bounds.

By the end, Morning Glory offers a message that supports entertainment just like it. McKenna and Michell seem to believe you can have fun without being patronized in the movie theater. And while their film isn’t a home run in the dwindling sub-genre of intelligent rom-coms, it’s a solid double.

Will you see Morning Glory in theaters? If you have, what did you think?