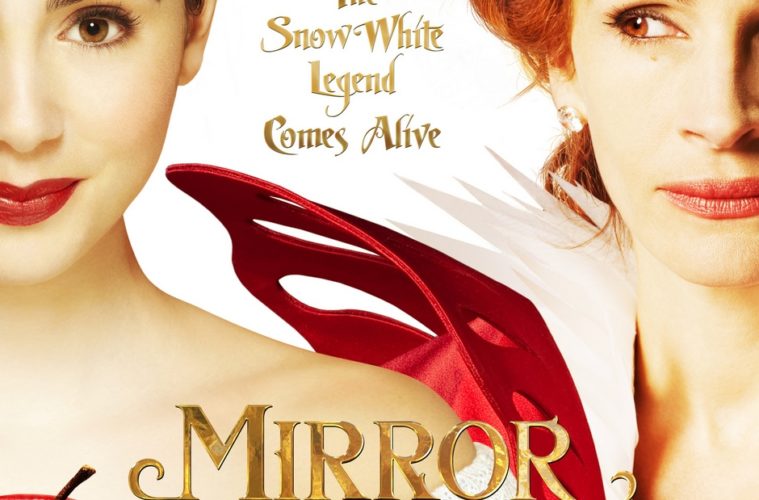 Visionary director Tarsem Singh recognizes one important fact about the tale of Snow White: it’s a kid’s story. For months Singh has labeled the film as “sickeningly kiddie,” and he’s correct. Mirror Mirror is completely unabashed about its youthful spirit. Unlike this summer’s competing Snow White pic, Snow White and the Hunstman, in no way does Tarsem aspire to make this story “edgy” or “cool” in the traditional sense anyway. Mirror Mirror is the kind of film you’ll know in a span of five minutes whether it’s your cup of tea or not. Right from the beginning, I was on board for what Tarsem had in store for us. The introduction we get to this jolly world uses animated dolls fantastically to fill us in on the set up, with the narration delivered by the evil Queen, played by Julia Roberts, who believes this to be her story, not the pretentiously named “Snow White.”

This Snow White, played gracefully by Lily Collins, is an 18-year-old who’s been locked away by the Queen ever since her father, the King, mysteriously disappeared when she was a young child. On her 18th birthday, she’s ready to go out and explore the world, something the Queen disapproves of. Once she leaves the castle she discovers that the people are “no longer singing and dancing,” driven to poverty by the Queen’s taxes. With the assistance of a bunch of dwarves, a.k.a. thieves, Snow plans to reclaim her kingdom. Along her adventure she falls in love for a goofy jock prince named Alcott (Armie Hammer). Coincidentally, the Queen also has her eyes set on the prince, in an attempt to regain the riches she once had. Obviously the story isn’t entirely faithful to the previous retellings of Snow White, but not in an egregious way that’ll have all five of the diehard Snow White fans on the Internert up in arms. Mirror Mirror is its own kind of kid’s film. It’s goofy and slapstick, but in the cleverest possible way. Poop gags rarely ever work as well as the one this picture’s got, and the whole film stands out in that sense. On paper, this retelling sounds insufferable. In execution, it’s an original.

Out of all of Tarsem’s films, this is his most restrained. Having said that, don’t expect something run of the mill; it’s still very much a Tarsem picture, stylistically speaking. From the playful sets to the over-the-top costumes, the director infuses everything with a high-energy quality, a tone Julia Roberts, Armie Hammer and Nathan Lane all understand and revel in.

With a few minor trims, Mirror Mirror could have been a real classic of the fairy tale genre. For many, perhaps it will be. The sense of humor provides for both kids and adults. Although this kiddie picture doesn’t come close to matching the heart and beauty of The Fall, it is still new and unique in the way we have come to expect from Tarsem.