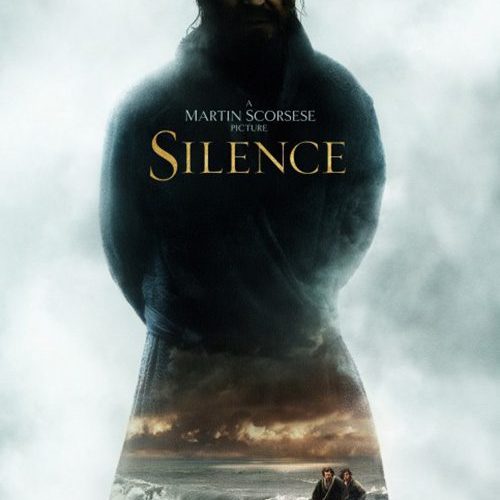 Woe betide the critic assigned an auteur’s passion project. To finally experience the long-awaited work of a favorite artist always proves slightly psychotic for yours truly, distilling as it does the central  components — shots, the movements (or lack thereof) within, the cuts linking them together, the framework for which it’s in service — even at their most banal, to a sort of revelation: “So this is what they’ve concocted.” Invest enough in that artist and the concept (not much more, nothing less) of how long they’ve sat on material, and the remaining balance has a way of being completely thrown off.

It doesn’t help that Silence, a picture Martin Scorsese has pursued since before I was born, boasts a visual and emotional complexity that has the effect of being open for all and permitting to none — in which Catholicism’s foremost living filmmaker positions faith and spiritual vocation as the central blots in a Rorschach test as they’re pushed against, sometimes well past, their breaking points. The source is Shūsaku Endō‘s novel of the same name, a story of 17th-century Jesuit priests Sebastião Rodrigues (Andrew Garfield) and Francisco Garrpe (Adam Driver, gaunt and sporting an accent that sounds a bit like Pedro Costa) who have voyaged from their native Portugal to Japan upon hearing that their mentor, Father Ferrera (Liam Neeson), has committed the treasonous act of apostasy (i.e. renouncing his faith) following the Japanese government’s torture and humiliation of believers.

Described in sequential order, Silence‘s string of narrative incidents hold a clarity (one might just say “simplicity”) that could’ve been the driving force of a more straightforward director’s respectable, unremarkable, adaptation. Scorsese, co-writer Jay Cocks, DP Rodrigo Prieto, and editor Thelma Schoonmaker‘s effort — not to mention the effort of a wide cast and crew who’ve left no detail to spare (those costumes! those sets! those locations they found!) — only grants access to what its protagonists know, or, rather — and far more troublingly — what they claim to know. Excepting a few suspense-building touches in its first stretches, and before a third-act breaking of the spirit, Silence is mostly positioned as a first-person story that subsumes viewers into the total conviction of an other’s faith; in so aggressively doing, it only makes more doubtable that the purity of his intentions are synonymous with total reason or compassion.

A recent, ongoing bout of awards-season Q & As have found Scorsese citing influences from the eastern hemisphere. Those with even a passing familiarity can readily detect their influences — nighttime scenes on the water recall Ugetsu; an extended imprisonment brings to mind Merry Christmas Mr. Lawrence, with connecting scenes whose setting and head-on approach are remarkably akin to Mifune’s testimony in Rashomon; shot-reverse conversations with something of Ozu’s sensibilities; etc — but Silence‘s protein can really only be found in how its team conduct on a more minute, more demanding (speaking for creator and receiver) basis. Though tightly strung together, few of this film’s sequences are consistently of the same temperament as those that came before and after as Sebastião and Francisco’s commitment creates for others a feedback loop of despair: as environments once filled with those who devote themselves to their beliefs are revisited (down to the very particular points of framing), either desolated or inundated with a newfound tension — which, in Silence‘s worldview, is only a last point before the buckling to defeat.

It is only when the tirelessly searching work takes any time to truly settle into particular dynamics of character and crisis that a certain lethargy replaces elasticity of form and theme. Scorsese and Cocks’ more direct pull towards dialectics somehow lacks the ambiguity, even the danger, of their push away from set faith, or so this lifelong struggler with divine concepts felt whenever Silence centers itself more directly on the search for Father Ferrera and his eventual return. The picture’s much thornier when discomfiting our assumption that these are men of nobility. Rather than engage most when mired in mentor-protégé debate, it has more power to provoke when acting as a story of judgement and arrogance, a point highlighted no less by voiceover (initially intrusive, eventually revealing of an arrogant worldview) than images of the consequences they bring upon the land.

And the question of why we should trust his perspective is no less complicated than supported, especially in a final stretch that contends with the breaking of spirit — as well as a total shattering, via newly introduced characters’ voiceovers, of the illusion that Sebastião’s path is the only complex one life has to offer — through a transcendental style (note how characters practically begin floating between shots) that should make Paul Schrader proud. Those moments when Silence becomes consumed by divinity, or Sebastião’s delusion, are its greatest, and also its most impressive because this is where a less steady voice would begin to lose itself. Feel free to mock or embrace the intrusion of Christ’s voice over the soundtrack; it is an undeniable presence, whether it stems from above or within, that render totalizing reactions more or less meaningless.

Thus I don’t entirely know what to do with this work which has the capacity to play as both a definitive film about spiritual vocation and a sometimes torpid melange of concept and execution — all, mind, said after one viewing as often confounded by expectation as it was made joyous by the discovery of what had Scorsese so bothered for decades. My current exposure feels insufficient, but that I still can’t let go of so many — as well as the near-certainty that I will go to my grave having never fully shaken off the effect of those final seconds and last image — is a reward all its own. I’m very glad to have this work, and perhaps even happier with the sense that Scorsese has finally been fulfilled.

Silence will enter a limited release on December 23, then expand on January 6 and January 13.