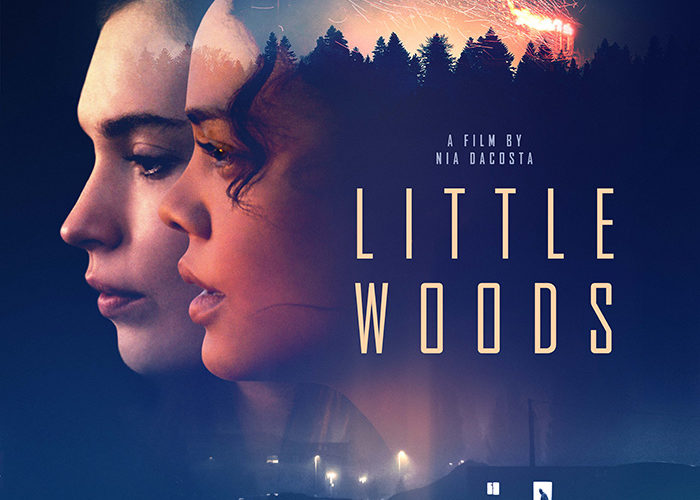 There’s a great documentary about what life is like in the fracking boomtowns of North Dakota entitled The Overnighters. In it, we witness an example of humanity at its simultaneous best and worst. Desperate men seeking an escape from troubles back home arrive to find a different sort of struggle that they may never overcome despite promises sold. Angels prove themselves to be demons and vice versa as director Jesse Moss collects candid interviews that reveal just how bad things are in a land of overblown and exploitative opportunity. And if it’s this harrowing an experience for those who’ve chosen to travel to Williston, what about the ones born and raised praying to leave this supposed boom for a normalcy their poverty has yet to provide?

Writer/director Nia DaCosta’s Little Woods therefore serves as a perfect companion piece that looks at the collateral damage of such environments. Suddenly these towns find themselves having to revolve around the oil industry with increased housing, bars, strip clubs, and purveyors of the drugs necessary to survive the long hours and miniscule pay. Prices skyrocket, way of life decreases, and healthcare pretty much grinds to a halt due to a lack of infrastructure to support the growing population let alone access to insurance. So what of the locals who discover the little money they had to scrape by won’t even cover half their bills? What choice is there if your options consist of crime or starvation? For Ollie (Tessa Thompson) and Deb (Lily James), choice is a luxury. We meet the former as she’s but days away from leaving parole behind and starting life anew—hopefully in Spokane with a potential career if the interview her parole officer (Lance Reddick) inexplicably helped secure pans out. Ollie was caught crossing the Canadian border with prescription medication or what she calls “her mother’s pills.” What’s interesting, however, is that the description is true. Hers and Deb’s recently deceased mom suffered from a painful illness and thus needed medicine they couldn’t afford to ease that pain. Ollie became a patron saint of drugs, dealing to those in need if for no other reason than to help prevent lost hours at work. She did what she had to do and paid the price. Now she might have to once again.

Deb has made tough choices too, but from a position of mother rather than daughter. She had to choose whether to have her son Johnny (Charlie Ray Reid), whether to leave his dead-beat father Ian (James Badge Dale), and what living situation would be more tolerable: going back home to a dying parent or putting a trailer in a parking lot. With the discovery that she’s about to go through a second pregnancy, Deb’s options have dwindled further. There’s the cost of having the baby versus an abortion without insurance, the cost of a legal abortion versus an illegal one, and the realization that her home could be towed away at any moment. With Ollie leaving and their childhood house in foreclosure, she has nowhere else to go. Like what’s probably happened countless times before, the sisters must come together in a time of crisis without easy answers or definitive roads towards salvation. Deb has always been the flake with Ollie serving as a responsible second guardian to pluck her from tough situations, so it shouldn’t be surprising that the latter would be willing to do what she said she’d never do again in order to keep a roof over her nephew’s head. She’s sold oxy on the down low before without problems and this would only be a week’s worth of effort to pay down the mortgage owed to retain the deed. With Ian’s line on customers, splitting profits will actually get the job done quicker than not. Sadly, he’s the least of her worries.

There’s the prospect of Carter dropping by while pills are strewn across the dining room table. There’s her neighborhood’s actual drug dealing fracker (Luke Kirby’s Bill) angry about losing buyers to Ollie’s altruistically lower prices. And who can forget Deb’s health concerns adding another bill to their to-do list? Whereas many films with this type of fruitless scenario would inevitably see its hardships proving contrived and convenient in how they fit the whole, DaCosta really dedicates her script to the characters above all else so everything feels natural. We understand what it must have been like for them to grow up in Williston and their want to be better than what even they believe is possible. They literally need money to survive and there aren’t many options to acquire it.

An easy thematic and aesthetic comparison is Debra Granik’s Winter’s Bone and its dramatically rough circumstances unfolding in a part of America we don’t often observe. These are three-dimensional women stuck in an environment they didn’t choose with little wiggle room as far as avenues out. And they’re completely sympathetic despite their complexities setting them up to be vilified by multiple organizations whether it be law enforcement officials calling Ollie part of the problem or pro-lifers labeling Deb a murderer. Because not everything is so black and white, we’re instead able to recognize them as strong and heroic citizens who’ve been let down by a capitalistic system of greed devoid of remorse for what’s been displaced to increase an already lucrative bottom-line. Their desperation is universal.

The result is a contemporary western where morality trumps legality every step of the way in a world where luck plays a larger role than anyone cares to desire. So much of what Ollie and Deb accomplish is reliant upon the compassion of strangers locked in this forgotten wasteland alongside them and thus all-too-familiar with how important a simple kindness is in moments of abject despair. Rather than pass judgment, Little Woods merely allows life to occur in its oft-depressive state of seeming futility. Thompson and James commendably imbue each character with a palpable fear that ensures their actions are beyond reproach. And because neither wants to do what’s forced upon her, selfishness is never a motivating factor. They’re instead driven by a love that cannot break.