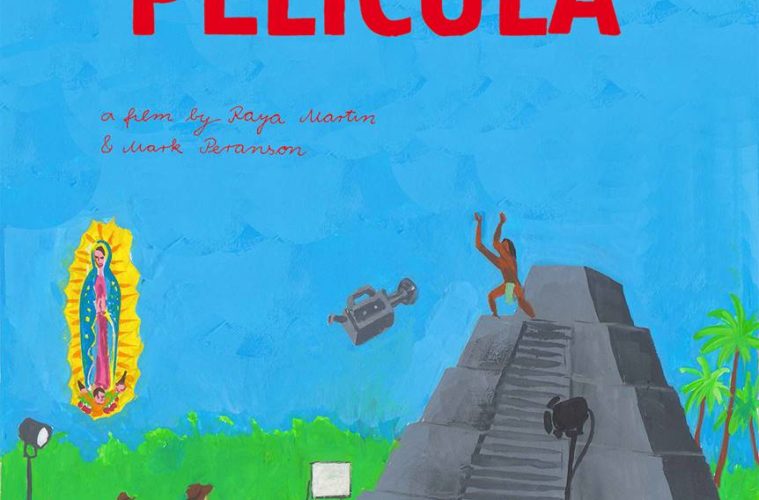 Like filmmakers before him who have crafted works expressing the fears and anxieties surrounding Y2K (Wong Kar-wai, David Fincher, and Gary Burns spring to mind first), Alex Ross Perry’s “Alex” seems to fear 2012. Absent is John Cusack in the Raya Martin– and Mark Peranson-directed La última película, a send-up of experimental cinema. If there’s anything to be weary of, it’s the ego of the filmmaker who tells you they don’t have an ego. Complex, rich and often very funny, the feature is also a love letter to film (I can hear Alex mocking me now), and, at the same time, a complete cop-out.

While filmmakers have before shown us the transparent sausage-making that goes into producing a picture like this – from the ironic, often hilarious deadpan of Nick Broomfield to the reflexivity of Jennifer Montgomery’s all-female, all-experimental-filmmaker-led remake of Deliverance (Deliver). This picture aims to provide a commentary on the end of film and criticism. In essence, it’s virtually bullet-proof because of its reflexive nature; at times it is like having an argument with a child. Perry’s Alex seeks to expose the medium. He warns us, and you might think he’s out of control, but he knows what he’s doing. During one confessionary passages, Alex admits, “I could become Orson Welles, poor bastard.”

Filmed on 35mm color stock, mostly in natural lighting, La última película is essentially a buddy movie executed without mind-altering drugs in Mexico — at least on camera (because celluloid is the drug of choice, ya dig?). Alex and his guide, Gabino (Gabino Rodriguez), go searching for a story and encounter a pretty journalist (Iazua Larios) also working on a documentary in Mexico in 2012. Alex’s ultimate goal is to make the final film shot on film before the end of time; what happens is arguably a fantasy of sorts fueled by cinematic dreams as he grapples with his perspective as an outsider wishing to make a film about Mayan culture. When not decrying the white hipsters that party at the ruins, he hopes his Pelicula Ultima will make those kids ashamed to be so culturally insensitive. We are warned up front that the film will contain many layers and, right up until its final moments, its intentions are still explained by Alex. Using a frame narrative of sorts, it presents and continues to destroy its thesis that film is, in essence, an act of destruction. Separating the intentions of helmers Martin and Peranson from Alex is a curious task. Uncomfortable with labels, the “filmmakers” frequently distort what little of its frame narrative exists. It has fun – maybe a little too much fun – with the narrative and temporal gaps (often a “missing scene” clip appears when things are about to get sexy).

The persona of Alex Ross Perry, known best for his films The Color Wheel and Listen Up Phillip, is what’s mostly on display: cynical and self-centered, often presenting complex, off-putting ideas (The Color Wheel is truly a cringe-inducing road trip movie) where nothing is sacred and everything is open to scrutiny. I’m not sure where I land on Perry at this point in his career. He might become Orson Welles, or he might become Pauly Shore, but very likely he’ll land somewhere in this spectrum.

Smart in passages, but often in that eye-rolling way you’d react to that one kid in your film class — you know the one: his confessions are full of the kind of buzz words you’ll hear in a filmmaker Q&A — the work is quite brilliant in its madness. It’s a bit like watching the kind of film you’d see showcased at the New York Film Festival’s Views from the Avant-Garde, only with a self-deprecating audio commentary. To sum it up à la Gabino: “It kind of makes sense, but it doesn’t.”

La última película is now playing in New York at the Film Society of Lincoln Center.