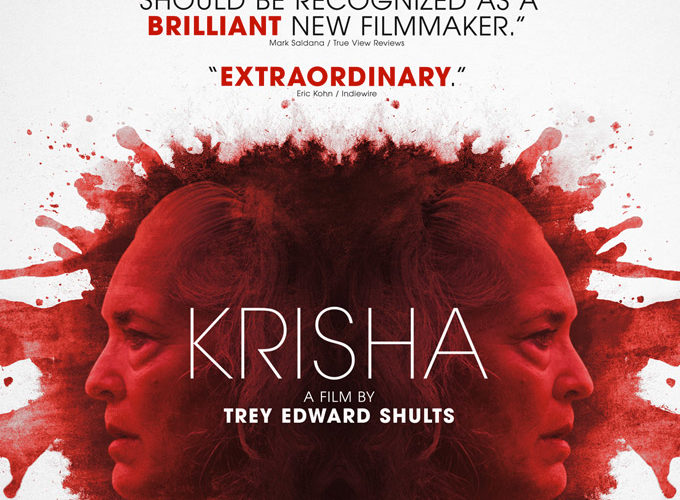 For micro-budgeted indie dramas, the story of the addiction-riddled black sheep coming home for a family gathering has become as well-worn as the biopic for Oscar bait or self-effacing rom-coms for semi-indie features. The adherence to convention is numbing; when the eponymous lead of Krisha suffers an ugly relapse in the film’s back end, it feels inevitable only half-because of what it has shown of her and just as much because that’s simply where these kinds of movies always seem to go. One could debate endlessly over how authentic a depiction this is of the nature of addiction, but if a story has nothing new to add other than “It’s tough to break the cycle, man,” such a message feels far less astute.

But though writer-director-editor Trey Edward Shults hardly turns the dark family drama genre on its head, Krisha compensates with exceptional acting and an infectious atmosphere of dread. If the bare bones of cliché are there simply so that artists can pack on their own meat, then Krisha Fairchild surely makes the most of the provided opportunity. Though I increasingly grow perturbed over “raw” performance in modern film that is maybe / sort of just misery porn, her three-legged-dog embodiment of Krisha’s mounting desperation is undeniably riveting. She attempts to tamp down her neuroses the same way she keeps her medications in a lockbox, but her every attempt to reach out to estranged siblings and in-laws and such is hobbled by the fear (or maybe resigned knowledge) that she will be rebuffed.

Details about Krisha’s destructive past are kept at a minimum — “alcoholic” is almost enough of a shorthand for whatever pain she’s inflicted on her loved ones. Relevant information comes about incidentally or, more often, is merely alluded to. Collective resentment over Krisha’s old actions and current presence at a Thanksgiving gathering now suffuse the house like a haze. The lo-fi camera emphasizes blacks and mud tones, often roving about unmoored as if it’s jonesing for a fix and struggling to keep busy. Harmless background chatter makes for a sinister chorus to an eerie score formed of discordant notes. The sound work in general is nausea-inducing, in particular turning the preparation of a turkey into a Cronenbergian surgery. The sheer hostility Shults builds into this world is impressively harrowing.

Made on a shoestring — or less; maybe an aglet — budget which was mostly Kickstarted, set in Shults’ own parents’ house, and cast mainly from his actual family (Fairchild is his aunt), Krisha showcases artistry that’s quite accomplished for a debut feature. That it’s all in service of a story that doesn’t seem to know what it really wants to do or say (other than dismantle its lead) is a shame, but there’s true promise here.