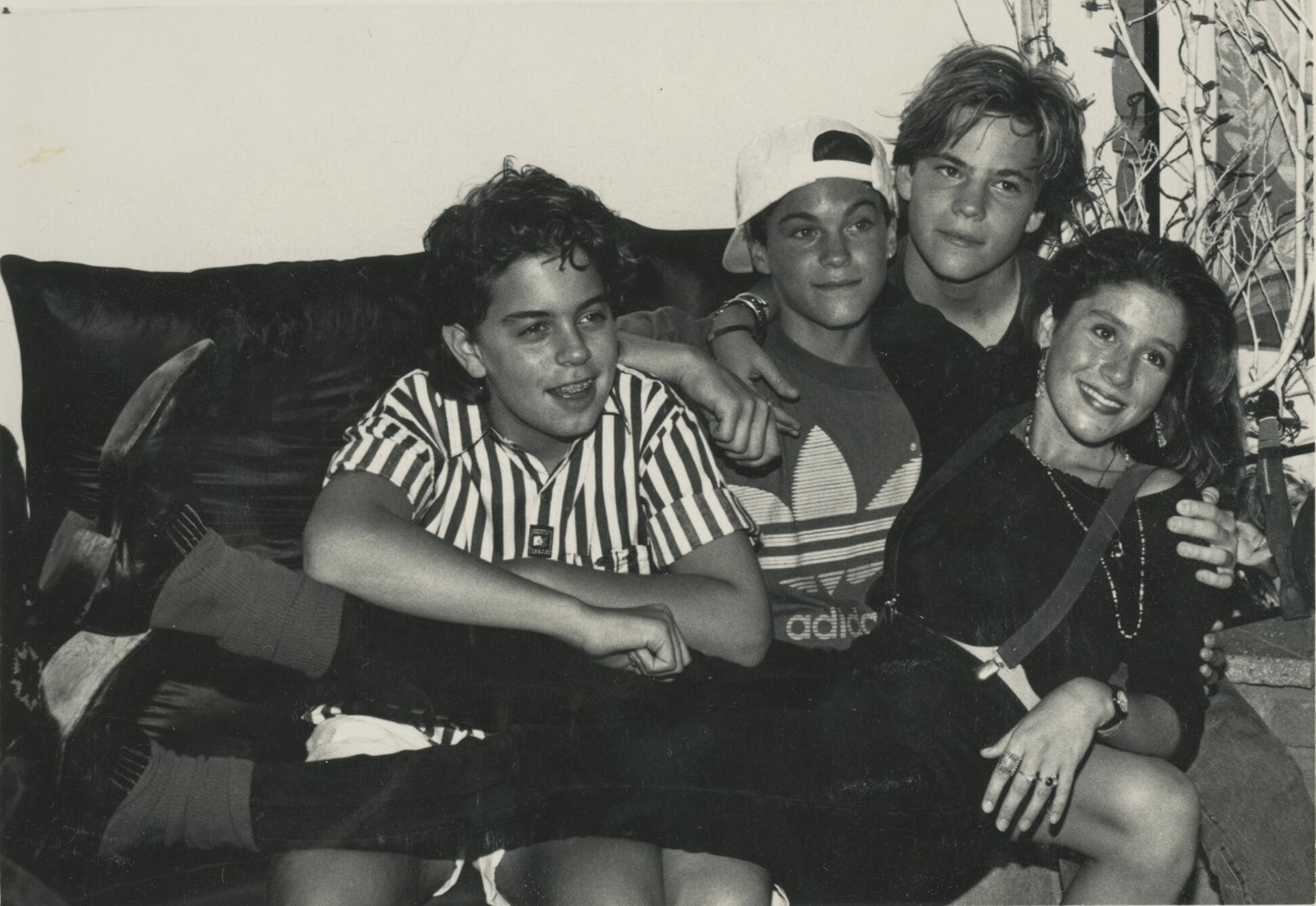 My mindset entering Soleil Moon Frye’s autobiographical documentary kid 90 anticipated a fun, nostalgic, low stakes look at kid celebrities. That’s what the slew of happy photos depicting teenaged Stephen Dorff, Brian Austin Green, and Balthazar Getty smiling sells: their childhood adventures as inseparable friends and peers removed from the otherwise tumultuous Hollywood machine. Frye only adds to that image when starting things off by saying, “this is an account of what it meant to be a child in the 1990s.” Expectations are therefore set for a universally relatable experience since I too was a child in the 1990s… just without having my face on Bop magazine covers. And while that is exactly what Frye delivers, joy isn’t the familiar through-line connecting our two worlds. It’s pain.

This reality shouldn’t be surprising, though, since we all share that communal darkness beneath our cheery façades whether or not we’re fully cognizant of it. Just because Frye and company had popularity and money doesn’t exclude them from the human experience of constantly wanting to be loved. Suddenly my life became the low stakes environment since I only had to deal with my nuclear family and neighborhood when things went well or poor. These kids had to deal with everyone. They were treated like children but worked like adults. They were objectified as cute little dolls and then sex symbols overnight before they could comprehend puberty on a personal level behind closed doors. Everything was public knowledge. Everyone was groomed. The fun became just another mask.

To watch as Frye dives backwards into this vault of material (diaries, voicemails, and hundreds of hours of candid home-style video a decade before social media made such ephemera into material through which we build our identities) is to realize how at odds memory and hindsight are when the former is created in a vacuum and the latter constructed solely out of its imperfections. Because what she remembers as good times and tight relationships suddenly look like something completely different on-screen. This group included the likes of Jonathan Brandis and Sean Caracena after all. Their words as captured by Frye’s recording devices are obviously pleas for help. Like with their careers thrusting them into mature situations well beyond their years, however, how could they have known?

It’s why Mark-Paul Gosselaar admits his kids aren’t allowed to join the business because he knows how inconducive to children the industry is. It’s why so many of them are haunted by demons and/or recovering drug addicts who escaped with their lives out of sheer luck (both David Arquette and Danny Boy O’Connor attest to this sobering fact). For every innocuous moment like Tori Leonard on mushrooms or Jenny Lewis joking about possessing weapons and drugs while a cop is outside the car questioning their driver comes the harsh reality that some of them flew past the joke and inevitably lost themselves completely. Add how the words in Frye’s diaries can unlock trauma she avoided for two decades and this project moves fast into cautionary tale territory.

More than entertainment for viewers, kid 90 proves a cathartic reckoning for Frye and anyone watching who has gone through the same trials and tribulations on any scale. It’s what Heather McComb relays towards the end about it being a way to share Frye’s truth so that she can process it and so that audiences can be reminded they aren’t alone. There’s body dysmorphia, salaried hypocrisy (we see footage of young Soleil channeling Punky Brewster to tell auditoriums of kids to “Say No to Drugs” juxtaposed with camcorder accounts of her drinking and smoking behind the scenes), and the complex ruminations on love, lust, and betrayal that come with being a teenager in or out of the spotlight. Neither virginity, rape, nor suicide are off the table topics.

The drama doesn’t stop in California either once Frye moves to New York City for college and becomes entrenched in a group of skateboarders led by Kids stars Justin Pierce and Harold Hunter. Fame and notoriety have a way of forcing people into living on the edge and it’s almost impossible to fathom exactly how Frye survived despite having so much death surrounding her before she turned twenty (the film ends with a photographic tribute to eight friends from the era that would eventually die as a result of addiction and depression). You can’t blame her for wondering what was real and what wasn’t while watching it all unfold again. Which relationships were important? Which bonds went beyond mere proximity? Which actions were her own cries for help?

What they went through proves an inevitability during a decade of excess, independence, and external scrutiny. That Frye (and those who allowed her to use this archival footage as well as be interviewed today) is able to look deeper than the surface of “good times” shouldn’t be dismissed as anything less than heroic in the context that she was indelibly marked by debilitating tragedies. She’s learning to accept her complicity in and innocence from events no one her age should have needed to reconcile in the moment or twenty years later. It’s almost as if Frye’s childhood was stolen to some extent by this whirlwind of sensory experiences, rebellion, and dual lives she’s only now able to unpack, interpret, and acknowledge with fresh eyes recontextualizing memory through truth.