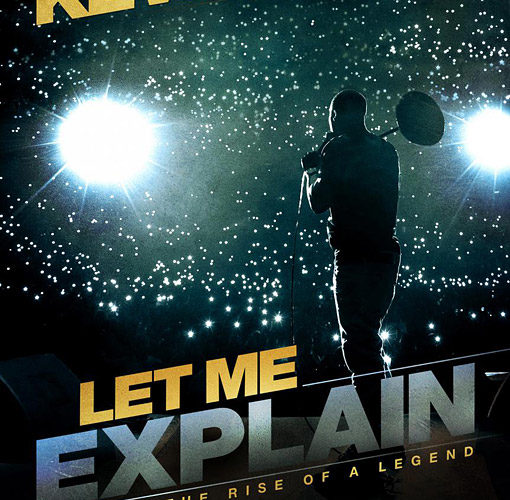 Directed by Leslie Small and Tim Story, Kevin Hart: Let Me Explain is more of a Comedy Central special than a theatrical film. This isn’t to say Kevin Hart doesn’t deliver the goods, but the film is too lazy to keep up with him.

Hart’s previously theatrically released concert movie, Laugh at My Pain (2011) was a kind of origin story. He visits important places to his development along the way (intercut with stand-up bits). Let Me Explain is essentially an hour long stand-up special flanked by credits and an unfunny frame, taking place at a mixer he throws. Hart fans (and even non-fans) will enjoy the film once it kicks in, as the stand-up is the meat of the thing, but its not excuse for how boring and careless the rest of the material is. At this mixer, Hart is confronted by a few folks and eventually called a L.A.B. — a “local ass bitch.” A montage proves he’s far from it; in fact, he might even rival Cuban rapper Pitbull for the title of Mr. Worldwide. Now, this could have been interesting: a documentary about Hart on the road in Canada, the UK, Denmark, and the Netherlands. Instead what we get is a bunch of animation and amateur footage shot on a flip camera. Why couldn’t the filmmakers have imbedded someone with a DSLR and a shotgun mic to capture these events in a compelling manner?

The meat of the film, which essentially is an hour-long concert performance, delivers pretty big laughs on such topics as Hart’s recent divorced (including his infidelity) and the liberation that goes along with that. He then moves on to the “guy code” and how’s he’s evolved as a celebrity. Filmed during a two-night, sold-out stint at Madison Square Garden, the cinematography and editing is fairly standard, cutting back and forth between Hart and audience reactions.

Hart is a great comic — there is no doubt about that — but Let Me Explain reaches a kind of tipping point. A great comic must be in touch with his audience and when one is perceived as going “too Hollywood,” can they ever come back and critique and observe the problems of the working class? What effect does a worldwide tour have on him? These are questions for an ambitious documentary, but at just 70 minutes, Kevin Hart: Let Me Explain is essentially a rip-off. In the age of YouTube and smart phones, I’m willing to bet much of this material (and perhaps funnier stuff) can be viewed elsewhere.

Kevin Hart: Let Me Explain is now in wide release.