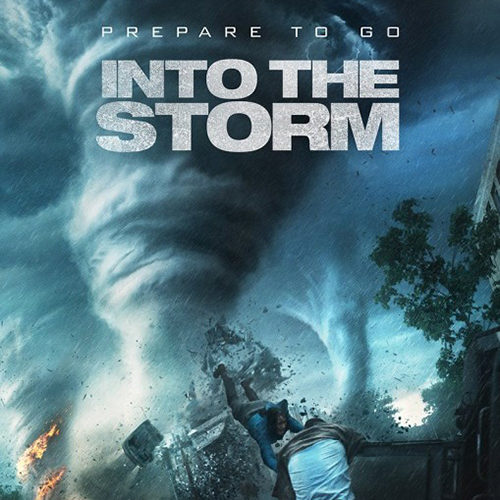 [Review] Into the Storm

We need to talk about Into the Storm‘s unsung hero: Lucas. Played by Lee Whittaker, most won’t think twice about his character standing on the sidelines with camera in-hand to document this natural disaster later edited together for our enjoyment. (Can we go meta and pretend Steven Quale is the director of the film and the film?) He used to play lacrosse, he’s in it for the money, and he doesn’t get crap from boss Pete (Matt Walsh) because he’s all about the footage too. His purpose is literally to be “that guy” in the background that we assume is shooting the reaction shots teetering very close to ruining all sense of “found footage,” if there even was any. But his best work comes while everyone else tries to save two drowning kids — he chooses to film instead of help. We wouldn’t have a movie without him—or at least the cameraman the filmmakers are pretending he is. Honestly, this is one of the least authentic found-footage pieces I’ve seen, if only because the quality of the picture is way too pristine. It gets choppy sometimes like when redneck wannabe YouTubers Donk (Kyle Davis) and Reevis (Jon Reep) are yee-hawing their way towards oblivion, but even then it has a tendency to miraculously get crisp again as though the person in charge of continuity fell asleep on the job. Here’s the thing, if you’re going to go for verisimilitude you need to actually shoot it on the devices you put onscreen. So while I can believe documentarians Lucas, Jacob (Jeremy Sumpter), and Daryl’s (Arlen Escarpeta) work is clean, Tweedle-Dee and Tweedle-Dum’s flip-phones should be almost indecipherable.

The same applies to brothers Donnie (Max Deacon) and Trey (Nathan Kress) since they’re using high school-issued equipment meant to capture vain and egotistical interviews from all the pretty people for a time capsule project their father and Vice Principal (Richard Armitage‘s Gary) has tasked them to create. Maybe I’m wrong, though. Maybe Quale and company somehow found the highest resolution cameras possible to ensure the highest level of clarity on the big screen while still staying on budget for a Silverton public institution and two numbskulls with a paltry three-hundred hits to their name—yes, writer John Swetnam makes sure we know just how unsuccessful those dolts are at going viral. If so, kudos to them. If not, please try to at least make your gimmick look real. Especially when that’s really all you have going. I won’t pull punches: besides the pretty realistic carnage swirling onscreen, this thing is merely a collection of clichés fit for the overwrought melodrama that unfolds. Whether it’s a father thawing to remember he actually does love his sons (although Thorin Armitage may be a tad too severe to ever be described as “thawed”) or a mother desperately trying to get home (despite Sarah Wayne Callies‘ Allison’s occupation being to purposefully leave and go into tornados), we really don’t care about these flesh and bone props running around screaming at our main character. The weather is all that matters. After all, producer Todd Garner supposedly thought up the idea to revolve a movie around a fictional EF6 cyclone, labeling it “Found Footage Tornado Thriller” before changing to the badass sounding Black Sky and ho-hum title we now see on marquees.

As a main character goes, however, you could do worse than the myriad whirlwinds touching down amidst golf ball-sized hail and three hundred mile-per-hour gusts. The weather depicted is something to behold—especially one scene’s tight spiral rising into the heavens catching fire. It causes enough drama to accept the beastly Titus tank’s construction as Pete’s storm chaser “baby” to dig its claws in and shoot the inside of a tornado like no one ever has. I might not have been on the edge of my seat like some in the audience who verbalized a nervous “oh-no” after a background newscaster merely mentions a storm hitting Riverside without any visual — what movie did they think they were seeing? — but I won’t deny a level of exhilaration when the visual effects team brought Mother Nature’s violence to life. Dialogue borders on eye-rolling with its liberal desire to chastise our role in causing such volatile bursts of destruction—we get it, globally warning, thanks—and the revolving door of heroes made of characters we wouldn’t assume would be gets repetitive quick. Donk and Reevis are fodder to be laughed at rather than with, Gary’s mission to save everyone without a second thought to never being thanked is obnoxious, and Allison debating Pete about the value of life, data, instinct, and luck can put you to sleep. But it isn’t completely horrible. In fact, one scene that should be vomit-inducing somehow moved me (which, let’s be honest, doesn’t take much). I applaud both Deacon and Alycia Debnam Carey (his Donnie’s crush Kaitlyn) for pulling off the tear-filled on-camera goodbye to parents they’ve accepted they’ll never see again.

Otherwise, Into the Storm is exactly what you’d think: a technologically superior sibling to the cinematic and television disaster films of the 90’s. People die, people don’t, lessons are learned, and idiots realize each day is precious. There’s no romance—which I count as a positive since there’s nothing more overwrought and fake than budding love in the throes of impending death; no miraculous answer to God’s wrath save “run for your lives”; and no losing itself in the facts and figures as though we care about anything besides when the next eighteen-wheeler will get tossed into a school bus. Quale gives us pedal-to-the-floor action and Swetnam a sprawling number of expendable humans to get sucked into his wake. While those things don’t a movie make, I didn’t really expect to see one anyway.

Into the Storm opens wide on Friday, August 8th.