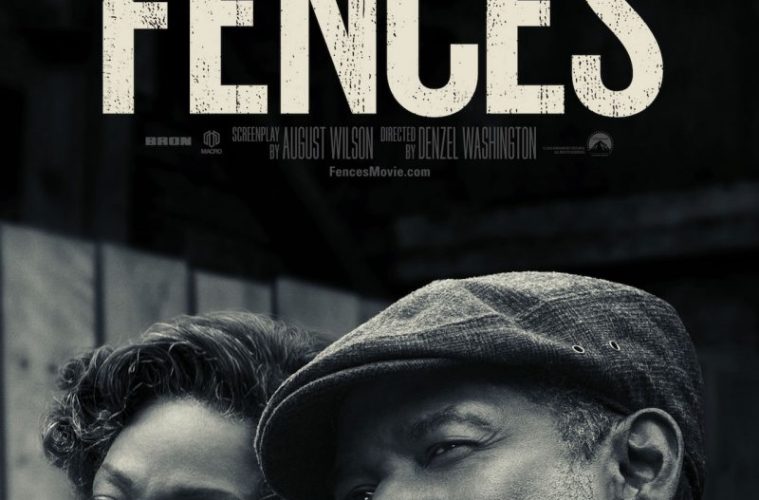 Review: ‘Fences’ is a Powerful Acting Showcase Overly Indebted to its Source Material

An adaptation of a work from one of the most beloved playwrights of the 20th century, and the third feature from one of Hollywood’s most bankable movie stars, Fences has to contend with some heavy, and potentially unfair, expectations. And director Denzel Washington is only further courting comparisons to the original play by not only shooting the film with a style that prioritizes spatial power dynamics over camera movement, but also reassembling the same cast as an acclaimed 2010 Broadway revival. As such, Washington’s adaptation does bear the formal anxiety that comes from a fear of transitioning a play to film, and a performative self-consciousness that takes some time to situate, but it’s also a film that bursts with a conversational energy and burning intensity that only comes with familiarity with the source material.

Set in Pittsburgh, Pennsylvania during the upending racial environment of the 1950s, August Wilson’s play was a gregarious, observational chamber piece hinging on the perspective of Troy (Washington), an avatar of social limbo in his lingering resentment over an aborted start as a professional baseball player, and his inability to earn a living wage and personal respect as a garbage man. Weighed down with the regrets of his life, he’s borderline obsessed with his own status, placing the rest of his family– including his wife, Rose (Viola Davis), their son, Cory (Jovan Adepo), and his son from another marriage, Lyons (Russell Hornsby) — in a place where they need to constantly validate his actions. Troy is the current through which all the other characters flow and react, which makes him a constant sense of tension, but also reveals the cog-like feeling of whenever the plot needs to move forward.

That’s further aggravated by Washington’s choices as a director, which are not necessarily un-cinematic, but do reinforce the feeling that the film is most comfortable when it’s just these characters talking than when direct drama comes into the story. The last third of the film, especially, piles on a set of plot decisions that are very convincing in the hands of the talented cast, but nonetheless feel at odds with the rest of the film’s comparatively small visual scale.

The film rarely feels stronger than when it’s creating explicit visual codes about how these characters interact with each other in different parts of Troy’s home. The majority takes place in two separate areas with their own defined set of rules. Whether Troy is on the verge of erupting at his son for quitting his job, or reminiscing about dangerous decisions with his best friend, Bono (Stephen Henderson), the conversation is more carefree and uncontrolled in the backyard — a place of its own symbolic importance as Troy is working on building a fence to keep out outside stresses.

Inside the house, Washington carefully reinforces domestic power dynamics as the camera moves between Rose in the kitchen listening to Troy with loving irritation, and the living room, which is smartly separated from the kitchen by the dining room. The conversation and tone is noticeably different here as Troy lectures his sons about money, always reminding everyone in the house that his paycheck is what made their lives possible. Those differences are important for narrative reasons, but they have a secondary purpose of making these characters more empathetic in understanding how they act behind closed and open doors. And Washington is careful to not only blur those definitions, but expand and contradict them.

That visual language would be useless without fully formed characters though, and the three central performances in the film are so ferocious that their emotional choices are nearly always believable, even as the film itself feels progressively more awkward. It feels reductive, but also inaccurate to not call Washington’s performance here loud. It’s a strong character that Washington imbues with a volatile humanity, but each line is so carefully modulated that it’s hard not to at least view it at least in part with some kind of awards conversation. Davis, on the other hand, is exceptional in her ability to communicate an emotional spectrum from thoughtful internal processing to the frayed, anguished yelling that feels anything but rehearsed. And the young Jovan Adepo acquits himself exceptionally well among these seasoned performers, especially in playing a character that needs to have a gradual but purposeful arc.

These strong central performances are double-edged swords as well though, because they only further underline when the film feels strained. The aforementioned third act revelation nearly derails the whole film’s pacing, but the worst offender is the subplot surrounding Gabriel (Mykelti Williamson), a man who suffered brain damage in the war, and is connected to Troy. Williamson is technically fine though far too mannered, but he’s far more of a device than a character, brought around again whenever the emotional temperature needs to be raised. So much of Wilson’s dialogue finds clever ways into character building and relationship tension, but Gabriel is so clearly a dissonant reminder that the film needs to move forward.

These flaws are enough to wish that the film would have either fully committed to a more stagey sensibility, or embraced more scenes that took place away from the central location of Troy’s house, but that also brings in another conversation about reverence. Fences is a reasonably strong adaptation and further evidence that Washington has an assured hand with both actors and the camera, but it feels stuck between its reverence to the source material and its desire for a more distinctive vision.

Fences is now in limited release and expands wide on December 25.