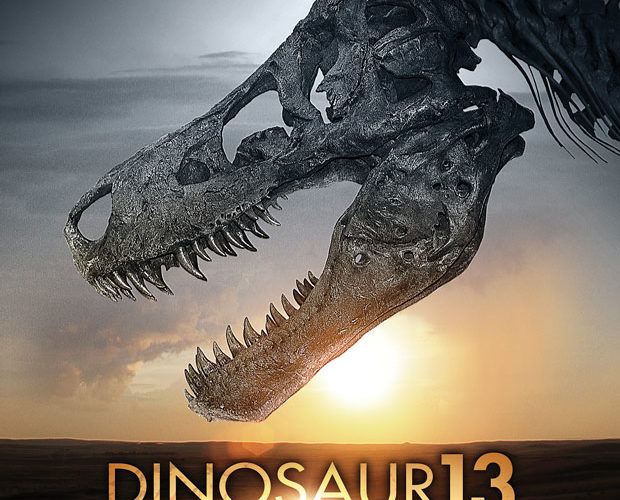 Riveting entertainment, Dinosaur 13 is one of those happy accidents of documentary filmmaking. Speaking on a panel before its screening at the Montclair Film Festival, director Todd Douglas Miller told the audience that he began the project by interviewing paleontologists and experts, bumping into the story of the Larson family along the way. The material provided by the Larson’s — on VHS tapes from their digs — documents the incredibly saga of their discovery. Miller effectively shifts between interviews and archival footage retelling a long forgotten story of potential government overreach in the black hills of South Dakota.

Smartly, it’s much more than that as the Larson clan exists within the world of commercial prospecting, which is directly at odds with academic paleontology. No PhDs are required to do the work they do as they dig and document their findings, collecting and displaying artifacts in their for-profit Black Hills Institute. A point of contention once was “Sue,” the largest and most complete Tyrannosaurus rex ever found, discovered in a land that is largely in legal limbo. Miller tells the story mostly chronologically with the incredible drama unfolding as it had in the days and years since the discovery of “Sue,” following a 17-day long dig. Discovered allegedly on land owned by Maurice Williams, the Larsons document a handshake deal for the fossil, agreeing on $5,000. Once the discovery is reported, the FBI drives into town and begins investigating the sale and removal of “Sue” from land that was granted to Williams, a Native American descendant.

“Sue” was impounded in 1992 by the National Guard, following a local protest setting in motion a legal trial that, in theory, could have had patriarch Peter Larson imprisoned for 353 years for his prospecting activities on numerous counts. Meanwhile Williams himself is embroiled in his own lawsuits fighting for his ownership of “Sue” as he and his legal team set out to prove just where she had been dug up.

A well-told story in which many of the players (that are still alive) are interviewed by Miller, Dinosaur 13 is, above all, intriguingly crafted with engaging personalities on screen. The Larsons are sympathetic hardworking folks and while they certainly are not deserving of the quandary they find themselves in, there is a bit of that rebel spirit that Miller’s lens admires. Also an essential part of the narrative is a sense of place; the Black Hills are unique, rural and quietly beautiful. Lensed by Thomas Peterson, the intrigue of the subject is matched in beautiful long shots. The Larsons aspire to put the Black Hills on the map via the institute and it appears they have succeeded even if they were robbed of a deserved victory.

While its nearly impossible to make sense of all of the legal complexities at hand, and while Miller and his composer Matt Morton manipulate our emotions a bit too much, Dinosaur 13 is an awfully compelling experience.

Dinosaur 13 is currently playing in select theaters and is available on VOD.