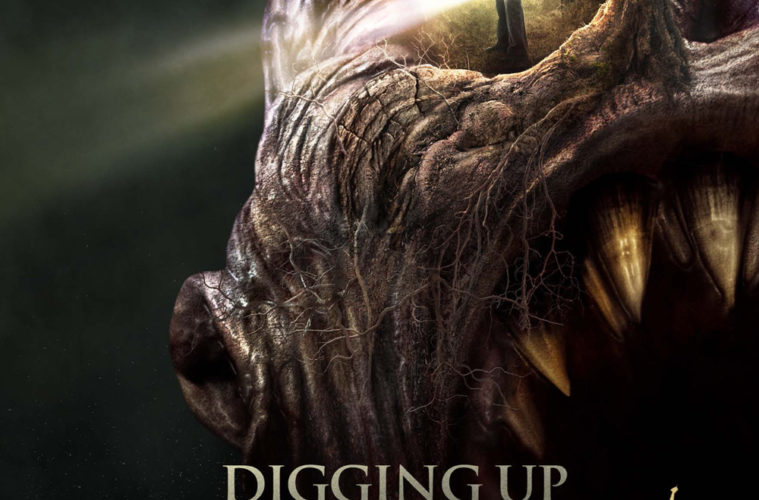 [Review] Digging Up The Marrow

One look at Ray Wise, with his creased, worried face and troubled pale-blue eyes, and you’d believe he’s actually seen a hidden underground world of monsters. That quality of plausible hauntedness is exactly what made Wise so fascinating several decades ago on Twin Peaks, and it’s the same quality that Adam Green taps into for Digging Up The Marrow.What begins as a playful documentary about the role of monsters in modern culture, helmed and narrated by Green himself, transforms when a wild-eyed Wise, playing ex-cop William Dekker, sends Green a fan letter insisting he’s discovered a subterranean metropolis filled with freakish creatures. More cheerfully spooky than legitimately scary, Marrow is an interesting use of the well-exhausted found footage subgenre to explore our need for mystery and wonder in the face of mundane rationality.

At first glance, Marrow looks like a bizarre kind of vanity project for director Green, whose previous films were the modestly effective thrillers Frozen and Spiral and the Hatchet series, a bewilderingly flat throwback to the slasher films of the ‘80s. The faux aura of documentary is effective enough, sporting in-jokes and personal nods so obscure and self-specific that they can’t be anything but contrived, including horror icon Kane Hodder wearing a Frozen t-shirt. Green’s on-screen version of himself proves to be the biggest fanboy of all, and it’s an odd choice to cast Wise—who typically might be found as a guest at the type of horror convention Green profiles—as the fictional Dekker, who’s going to show the film crew that, as Fox Mulder would say, “The truth is out there.” The demarcation line between fantasy and fact is set early, but Wise’s intense but focused performance, and Green’s carnival-ride structure give Marrow an eerie life of its own. The world of the Marrow, as told by Dekker, is a kind of secret enclave inhabited by deformed and outcast humans, most of them benignly living out their lives in a community that mirrors our society. Green and his camera crew head out with Dekker to a remote wooded location where the portal to the Marrow is said to exist, and here the film takes on a strange and alluring power. Credibly staged, without too many self-referential touches, this passage of the movie depends entirely on two things; Wise’s deranged conviction, which may house personal secrets that the crew’s not aware of, and Green’s desperate, gob-smacked need to believe and see the fantastical horrors that Dekker’s describing.

Even as Marrow becomes the kind of thrill-centric low-budget horror film the cover art displays, Green keeps our attention because of that war between skepticism and open-hearted acceptance. As he waits for the monsters so do we, and as the shadows start to reveal themselves to the characters, the emphasis on peeling back reality enhances the audience’s interest. Yes, the film does eventually get around to revealing its creatures in a fashion, but don’t expect long, detailed shots or special effects as gratuitous as the gore on display in the Hatchet films. Inspired by the psychedelic creature art of Alex Purdee, the denizens of the Marrow prove to be both original and full of a folksy kind of character not often found in recent horror film design. There are callbacks to the work of Clive Barker, who hid an entire mythology of dark fantasy under the grounds of a cemetery in Night Breed, and in the final third of his picture, Green channels some of the same spooky charm that Bobcat Goldthwait applied to his Bigfoot opus Willow Creek. Eventually, Green’s picture does get away from him, as it was almost inevitably destined to do, and despite some inspired twisting of the found footage conceit, we arrive at a far too familiar destination. Wise, who captures our attention in the first half, spirals out into delirium and the film’s creep factor is dampened by too-comfortable tropes. It turns out waiting at the brink of the Marrow, keyed up with child-like anxiety, hoping to see the face of nightmares, is more invigorating than the eventual revelation of the terrors.

Green knows this going in, as did many of the similarly themed pictures that have preceded his. Even The Blair Witch Project, the first of these contraptions out of the gate, was aware of the fact that exposure to explicitly stated supernatural truths diluted the shape of terror forming out in there in the pitch-black night. Marrow could have perhaps been something really special were it more focused and insistent on the ideas it begins to explore, or if it had a truly novel use for the documentary style it utilizes. Still, Green seems to have made, more less, exactly the movie he wanted to make. It isn’t particularly frightening, but settles for a charming tribute to those who secretly wish there really were monsters out there stalking in the dark. The more you can relate to the sentiment, the more likely you are to enjoy what Green and company have unearthed.

Digging Up The Marrow is now available on VOD and in limited release.