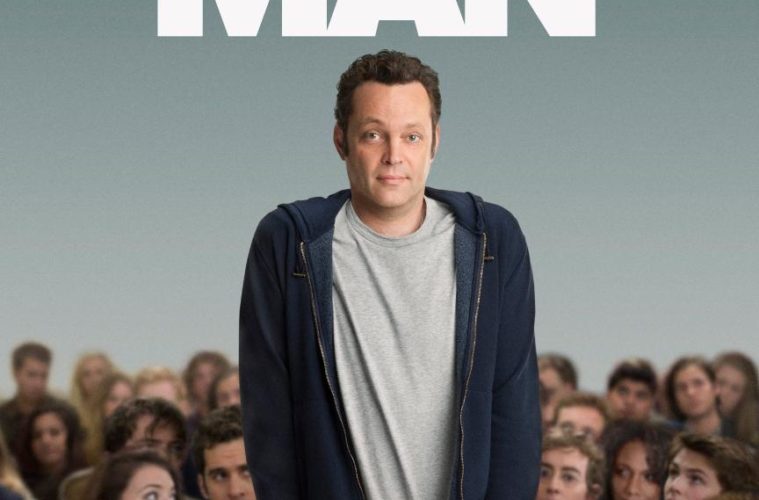 A little over two years ago, on a rainy Sunday afternoon, I walked into a small Toronto art house and discovered the gem that is Starbuck, the French-Canadian comedy which serves as the basis (or, shall I say, full template) for Delivery Man. Hollywood wisely chose Ken Scott, the writer-director of the original, to take on the remake, and the filmmaker pulls off something rather interesting. Scott creates a new film from almost the exact same script as the original. While Starbuck felt cluttered and disorienting, Delivery Man, set in Brooklyn and Manhattan, feels wholly different — perhaps because casting makes a difference.

Vince Vaughn is a clean-cut slacker compared to the scruffy Patrick Huard (the original David Wozniak, a.k.a Starbuck), seemingly a metaphor for just how different these films are. Thankfully, this DreamWorks update is an enjoyable comedy that’s a bit more mature than one might imagine at first glance. Vaughn stars as Wozniak, his occupation living up to the film’s title: participating in a family business, Wozniak Meats, founded by his father. When his girlfriend, Emma (Cobie Smulders), discovers she’s pregnant, Wozniak seeks the advice of his friend and attorney Brett (Chris Pratt), himself a father of four. One on the way seems to be the least of David’s problems and he soon discovers he’s the biological of 533 children, 142 of which have filed a class-action lawsuit to discover his identity.

As in the original he’s given an envelope by an attorney who breaks into his apartment (David think it’s the mob, whom he owns money to), yet another funny scene lifted directly from the original film that works surprisingly well in its own right. On the surface this may seem like a banal retread, but as a directorial exercise it’s rather fascinating; what seemed cluttered has been enlarged, brought into a more cinematic space. What Scott has done in two features reminds me a bit of Hal Hartley’s Flirt (which told the same story three times, in three different cities). Both films have their own style, sensibility and performances, with Vaughn playing it surprisingly straight.

Vaughn is an actor I find it hard to give a “pass” to; I’m not sure what it is about him, but when he works (like in the pleasant The Internship), he works, and when he doesn’t (as in Couple’s Retreat or Wedding Crashers), it’s painful to watch. Vaughn delivers one of his best performances here, albeit in a film you have seen before. However, paired against its recent predecessor, it makes for a rather fascinating, if unintentional, comparison experience.

Delivery Man is smart, funny, fresh and full of heart, and I applaud Scott and his producers, who have protected this material from becoming a broad Adam Sandler-style comedy. The story drags at times, but the comedy mostly works, with the best lines coming from Pratt. Pacing aside, this is what happens when a filmmaker has more time, money and star power while retaining the freedom to tell a mature, sincere story.