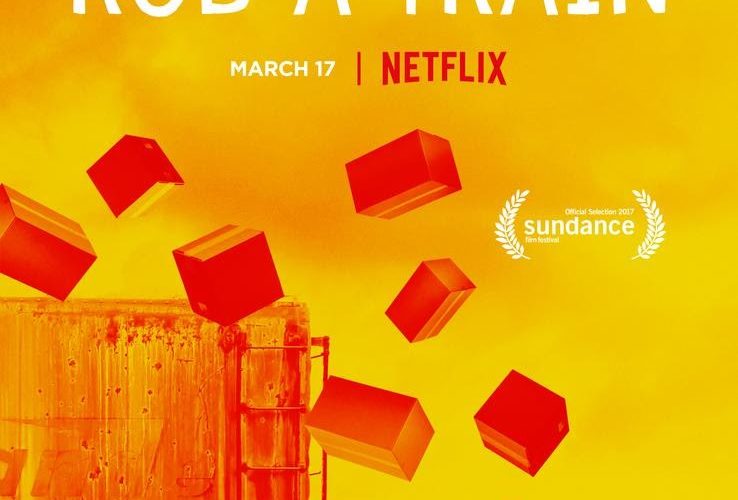 There’s certainly no accusing Deidra & Laney Rob a Train of being too subtle. It is the kind of film that works in broad strokes, in comically heightened situations that stem, of course, from the decision described in the thuddingly literal title. But the title is a misnomer: Deidra (Ashleigh Murray) and Laney (Rachel Crow) rob many trains, and similar to those locomotives, the film chugs along, never assuming a particularly high or low level of emotion except in one scene shortly before the climax. There is a winning charm to this decision, enhanced by the consistently solid amount of chemistry all of the actors have with each other — especially the two leads — but they are let down by the fairly rote storylines that the characters are pigeonholed into.

This feeling is inexorably present from the beginning. Deidra, a fiercely intelligent and vivacious high school senior, and her shy younger sister Laney are living in a small home next to the train tracks when their mother (Danielle Nicolet) is put in jail for inexplicably — the reason isn’t given until later in the film — destroying property at the electronics store she was working at. The two deal with this sudden loss of security for a brief while, enduring continual visits from Child Protective Services (who seem eager to pounce when the food and utilities run out) and the ever-decreasing cash supply. Eventually, after asking around for money, Deidra gets the idea to rob supply containers on the trains that run near her house and enlists the reluctant help of her sister. Their operation, which involves selling the stolen goods under the table to Deidra’s ex-boyfriend, gradually increases in profit after they gain the help of their estranged convict father (David Sullivan), a move that attracts the attention of a company-hired railway “detective” (Tim Blake Nelson and an ever-present vape pen).

All of this is fairly innocuous from a filmmaking perspective, but it is when Deidra & Laney Rob a Train gets into specifics that the film runs into trouble. The narrative flow is choppy as it moves between two separate major arcs aside from the train robberies: Deidra is trying to become the first in her family — and, apparently, her high school — to go to a private college, and Laney is competing in a teen pageant almost against her own will. The former storyline is the much more interesting of the two, despite or perhaps because Laney has a palpable antagonist in the form of a former friend competing against her in the pageant. Deidra, on the other hand, has only her own dreams to measure up against, and it certainly helps that Murray gives by far the best performance in the film, a mixture of an appealing youthfulness and a level-headedness that only slips in the most desperate of moments.

Indeed, the not-so-subtle message of Deidra & Laney Rob a Train is one of self-confidence and self-actualization, and every single “good” character progresses fairly steadily towards their own version of this ideal, a decision that renders the eventual outcomes somewhat tedious in their predictability. There is a certain liveliness in Sydney Freeland’s direction, manifesting itself mostly through energetic camerawork, montages, and a slightly annoying but integrated usage of visual effects/aids like a pop-up video or a caption, and most of the actors (with the exception of Nelson, who seems rather off-puttingly humorless) give life to their standard characters, but little exists in the way of actual development or substance. When the movie does attempt to go for pathos through Nicolet, it falls mostly flat because, ultimately, Deidra & Laney Rob a Train defines its characters through surface traits and desires, rather than anything deeper. The result is a film that feels both pleasing and vaguely unformed.

Deidra & Laney Rob a Train is now available on Netflix.