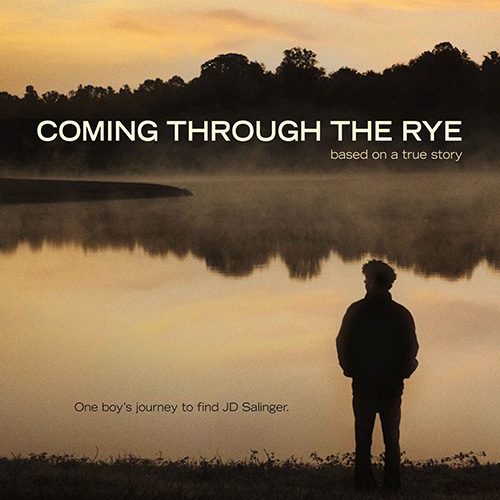 [Review] Coming Through the Rye

Emmy-winning director James Steven Sadwith makes his feature-directing debut with a story close to his heart. Coming Through the Rye fictionalizes his experiences as a 1969 boarding-school teen and his adventure finding reclusive author J.D. Salinger. We assume liberties were taken, considering the opening caption loquaciously elongates the usual “inspired by” to “a lot of this is inspired by real events if you want to know the truth,” but that’s okay — this sort of chatty flourish aligns perfectly with the character created as his stand-in. Jamie Schwartz (Alex Wolff) is nothing if not borderline obnoxious in this way. (Think an endearing Max Fischer from Rushmore.) Nerves obviously pull his string while fear and guilt refuse to let it retract — the reasons why coming soon enough.

Incessantly picked on by Crampton jocks, Jamie finds solace in the form of drama. It’s this subject that he’s focusing his senior thesis on: a staged production of his Catcher in the Rye adaptation. Everything is ready besides Salinger’s blessing to use the material. This wrinkle proves much harder than expected — despite the novelist being notorious for falling off the map and refusing Hollywood options — and the pressure of completing the project coupled with the stress of ridicule and abuse has him teetering over the edge. When the final straw breaks, he simply packs a suitcase and heads out. Delusional in thinking he’d get Miss Popular, his dream casting for Sally Hayes, to journey with him, new friend Deedee (Stefania LaVie Owen) offers to drive instead.

Away they go to find Jamie’s “white whale,” his never-quit mantra seemingly steeped in a desire to prove everyone wrong rather than a heartbreaking reality hidden from view. He’ll do anything to put his manuscript in Salinger’s hands because he believes the legend will understand what Holden Caulfield means to him when he does. Deedee sees the pain and desperation behind his hyper demeanor, though, and lets him know her feelings for him to ensure he realizes he isn’t alone. This isn’t a sexual awakening, though — Jamie’s far too damaged by his true motivation for receiving his literary doppelganger’s creator’s recognition. It’s more an emotional awakening, the key to opening him up for a truth to be vocalized that he must acknowledge for himself.

What’s cool about this story is that it isn’t another lame depiction of fandom infringing on a celebrity’s privacy for no other reason than acquiring a brush with fame. Jamie (and Sadwith) isn’t like that here. His approach is as an artistic soul who truly wants to let the world feel what he felt upon reading this book. He wants to bring Holden to life as Salinger has written him, not usurp one man’s creation for financial gain or public reward. We’re witnessing the phenomenon that is a teenager reading this classic book and having his or her life forever altered — Sadwith capturing this feeling as only someone who endured it himself could. This is a lesson on inspiration, catharsis, and jump-starting one’s own originality from the success of heroes.

It’s not a perfect film — Jamie’s inability to shut his mouth as metaphors and literal observations spew forth render nuance a rare commodity — but it’s one that resonates for anyone who’s ever been touched by a book, movie, painting, or song and had their world shift into something it wasn’t before. His manic attitude helps get to the heart of exactly how Jamie feels, too, his inability to escape the journey an involuntary act deflecting attention from what really matters. He’s retreating inside an impossible endeavor knowing that finding Salinger (Chris Cooper) won’t change anything. In fact, he may have hatched this specific plan simply to ensure he wouldn’t succeed. Spending the rest of his life on the hunt is more comforting than returning to his tragic reality.

Watching Wolff play the role is interesting because he’s so much like his brother Nat, who blew up recently in John Green adaptations. It was thus hard to remember this was someone I had never seen act before — a positive, I suppose, since it always felt like he knew what he was doing. His Jamie is introverted and awkward, extremely confident and yet scared at the same time. He wants nothing more than to help those he cares for, but every attempt to do so only ends up pushing everyone further away. This is why Holden and Salinger speak to him: removing himself from the world may be his only hope to live for himself. Luckily, Deedee is there to steer him forward rather than back.

She is the MVP. Her character is strong and funny and willing to go after what she wants despite never compromising anyone else’s happiness at the benefit of her own. Deedee is completely selfless and caring, wanting to be with Jamie as much as wanting him to be comfortable with himself. Finally, someone is looking out for him — even if he continues his inexplicable ability to muck things up by getting trapped inside his own head. Owen is great in the role: ever the cheerleader as long as cheering is what’s necessary for the given situation. Her maturity shines above all. How she grows with Jamie is authentic, their relationship evolving naturally with hiccups, beauty, and implicit trust. Her compassion sparks something in him to fight.

Sadwith also does a great job revealing what’s happening with Jamie. I never thought there was more to the adventure, so its arrival hit me square in the gut to turn a cute, slight tale into a poignant depiction of grief. There’s a moment of clarity when you realize the pieces were there to know what’s coming — just left in the background until the perfectly orchestrated situation arrived. Less a twist than deeper meaning to the actions onscreen, Salinger’s novel as a source for finding one’s identity transforms into one for coping with tragedy. There’s no more universal duty for art to perform whether experiencing or creating it. The events depicted are integral to Sadwith’s life, but sharing them might just provide closure for countless more.

Coming Through the Rye hits limited release on Friday, October 14.