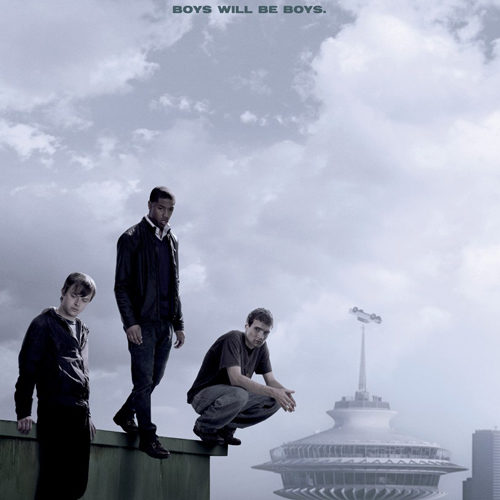 Despite a varied critical reaction, “found-footage” has proven successful as a subset of cinema, with its allowance of cheap production design and minimal effects. But what happens when you marry it with a genre that lives and breathes on the excess of both? Chronicle marks the first experiment in taking a superhero blockbuster and molding it to the aesthetic. And, with an emotional story at its core, Josh Trank’s debut mostly succeeds, thanks to believable characters and continual twists and turns, but eventually weakened due to its reliance on the method it so desperately clings to.

Written by Max Landis (son of John), Chronicle follows three high school students who uncover secret powers after a night of partying. Andrew Detmer (Dane DeHaan) is given the bulk of the story, as an outcast who lives with an abusive father and a mother in need of serious medical attention. His cousin, Matt Garetty (Alex Russell), hangs out with him on account of familial ties, with the majority of the time spent attempting to get into the “popular” crowd. Then there is Steve Montgomery (Michael B. Jordan, best known for The Wire), a soon-to-be class president, who links up with the duo at this party. Venturing down a rabbit hole of sorts, they come into contact with a glowing, color-changing figure not unlike something found on Krypton. The screen goes black and our trio wakes up with the initial power to levitate small objects; they build their skills “like a muscle,” and things escalate from there. For the first two-thirds, Chronicle feels like the opening scene in another superhero film. Peter Parker running on the rooftop, Clark Kent bounding through a field, Tony Stark experimenting with his new suit — in their respective films, these all take up a few moments. In Chronicle, it proves to be the basis for a majority of the fun. At a supermarket, they careen a lady’s cart around the aisle, forcing toys to dive in from a distance. They soon upgrade to moving entire cars. But when the rules get broken, their fun begins to turn into real terror. And it is with this layer of humanity that Chronicle excels, as others in its genre seem to fail so often. Detmer’s father beats the crap out of him, and Trank isn’t afraid to cut away from it; people get hurt and the results are on screen. As our lead character realizes the power he has and begins to make specific moral actions, it’s a testament to the character-building that the results can come across as startling.

When you discuss the found-footage conceit, things start to go off the rails. Unlike other films using the technique, Trank makes it painstakingly clear where each angle is coming from. Starting things off with Detmer’s handheld camera, it’s a neat trick — similar to seeing the powers to be unleashed. Things get upgraded when our main character learns to levitate the actual camera, bringing himself into frame.

But when they head to a party and we jump perspectives to a girl (Ashley Hinshaw) with her own camera, she must yell out, “I’m filming this for my blog!” I understand the need to qualify the camera placement, but moments like this do nothing but take you out of the movie. By the end of the film, we’re jumping to dozens of different angles from all over the city of Seattle, leaving me thinking who crowd-sourced all this footage and edited it so perfectly.

With a well-told story, the insistence on this method only serves to interfere with the action on screen. But, some poor CGI (mostly dealing with some leisurely sky flying) notwithstanding, Trank has made a mature, promising debut that happens to be about immaturity. Clocking in at a mere 84 minutes, Chronicle packs more fleshed-out characters, enticing action and satisfying scenarios than many of its big brother superhero predecessors.

Chronicle is now in wide release.