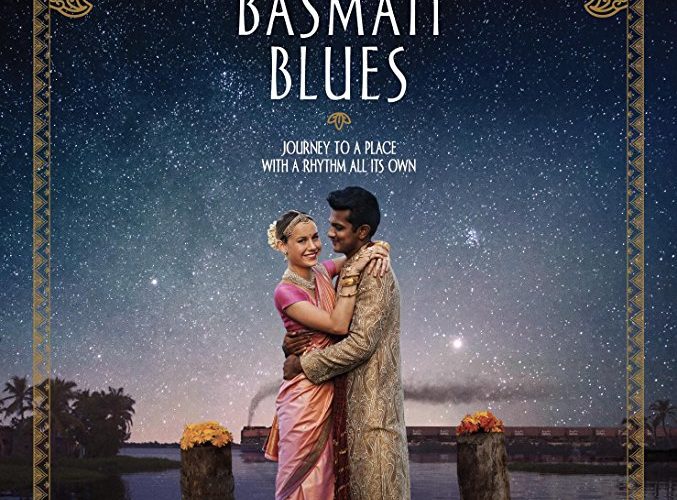 Review: Brie Larson Gives it Her All, But ‘Basmati Blues’ Doesn’t Rise Above Inoffensive Trifle

The trailer for Basmati Blues fell perilously from the sky in November 2017, dropping like a radioactive sludge onto Twitter and beyond. What was this dated anachronism of offensive jokes and stale plot lines? Who is the audience for such blatant and unfunny India bashing? And how in god’s name did they get Room Oscar winner Brie Larson to star? It led to an explanation from the filmmakers that this international trailer “the wrong impression of the film’s message and heart,” and it was quickly scrubbed from existence.

That explanation was not inaccurate. Basmati Blues is an inoffensive trifle. It does not warrant outrage; it’s not bold enough to risk it. Yet there is some heart, and undoubtedly, some ambition. Danny Baron’s film is a musical, and for a first-time filmmaker, that takes some chutzpah. Above all else, there is Brie Larson, a performer likable enough to make even this bit of absurdity watchable. Shot before Room, Larson gives it her all, as usual, in a role that makes fine use of her past as a singer. She is ready for her La La Land, but Basmati Blues ain’t it. It’s more like her From Justin to Kelly.

Larson plays Linda, a scientist who has developed a miracle product called Rice 9. This genetically modified rice has the ability to produce a higher yield of crops, and is seen by Linda and her scientist father (Scott Bakula) as a game-changer for farmers. Her boss, played by a slumming but cheerful Donald Sutherland, would not disagree. However, he and his No. 2 (played by the always-welcome Tyne Daly) also see it as a way to take advantage of rice farmers in India, big-time. To get the farmers to sign on the dotted line, the company sends Linda as an emissary.

An emissary who sings, of course. Larson first breaks into song around the three-minute mark, and dodgy lyrics notwithstanding (“Stylin’ in my lab coat like it’s Prada”), it’s a charming but breathtakingly average tune. This is a major problem with the songs in Basmati Blues. There is only one pure disaster, a duet between Sutherland and Daly that seems to go on for the length of all four Hunger Games films, combined. Quite simply, all of the songs are unmemorable, and that’s a bit of an issue for a, ahem, musical. However, Larson and costar Utkarsh Ambudkar acquit themselves nicely. Ambudkar plays Rajit, a college student who is stuck working on his family’s farm after financial issues caused him to drop out. The Pitch Perfect costar is a winner, a likable and natural actor who should move on to bigger and better things.

Here, he is mostly a foil for Larson’s Linda. The two grow close as the scientist works on selling Rice 9, before he discovers the truth about the enterprise. (Cue sad song.) It all ends, as it should, with an elaborate dance sequence; if you’ve been aching to see Scott Bakula dance, your day has arrived. These numbers show that director Danny Baron knows how to stage an elaborate, large-scale sequence. But to what end? Despite what the trailer may have led us all to believe, Basmati Blues is not the worst film ever made. But it is an undeniable waste of time.

There is a happy ending onscreen, but the happier ending came off-screen. When the filming of Basmati Blues was complete, we know that Larson was cast in Room. What followed was universal acclaim, international stardom and, of course, an Oscar. (Not to mention her casting in tent poles Kong: Skull Island and Captain Marvel, a starring role in the underrated Glass Castle, and her directorial debut, Unicorn Store.) Basmati Blues, then, is but a footnote to a young but already stellar career. It is not the embarrassment many expected after that fateful trailer release. Rather, this is a weak-kneed romantic comedy with a surprising level of ambition, and the intelligence to have cast a star-in-the-making. It will be completely forgotten in Brie Larson’s filmography, but she need not be ashamed. Donald Sutherland, on the other hand…

Basmati Blues is now in limited release and on VOD.