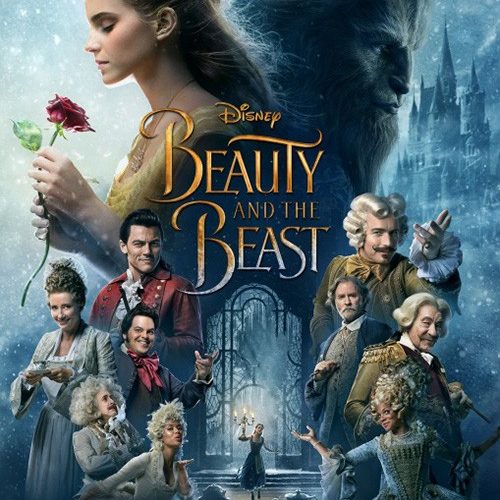 Review: ‘Beauty and the Beast’ is an Innocuously Serviceable Live-Action Remake

The near-ubiquitous familiarity with the majority of Disney animations make the financial proposition of a live-action remake a no-brainer greenlight. In aiming to appeal to those experiencing these stories for the first time, the generation prior, and the generation that brought that generation to the theater, it can also be as creatively risk-averse as one might imagine. As these cultural touchstones get dusted off and literally brought to life, one wishes the experience amounted to more than waiting for that next sugar rush of nostalgia to arrive. The latest in the long assembly line of Disney live-action remakes, Beauty and the Beast, has its fair share of these moments, occasionally well-handled, but there’s an emotional detachment at its core that renders it an innocuously serviceable live-action remake.

Coming from director Bill Condon (Dreamgirls, Breaking Dawn), who is no stranger to the lavish musical, there’s little shortage of picturesque landscapes, elegant costume design, elaborate set dressing, and, of course, pristinely-performed songs. The story hews slavishly to the 1991 animation, itself based on Jeanne-Marie Leprince de Beaumont’s classic fairy tale. Assuming an aforementioned knowledge with the fable, a synopsis would be more redundant than usual, so we’ll stick expanding upon what’s new to the table. Writers Stephen Chbosky (who previously collaborated with Emma Watson on The Perks of Being Wallflower) and Evan Spiliotopoulos (The Huntsman: Winter’s War) draw this new rendition out 45 minutes longer than the animated version, and this elongation proves to be a mixed bag.

Belle, played by Watson, is more fleshed-out this time around, not only fascinated with books (coming back from an edifying trip to northern Italy), but also bringing this knowledge of language and literature to the young girls in her small town, going against the wishes of her insular, mostly illiterate, male-dominated community. It’s the basis for a compelling, forward-thinking idea, but like much of Beauty and the Beast, a passing mention or visual cue of a concept does not make for an impactful thematic thread.

There’s also a backstory involving her mother, who passed away when Belle was an infant, aiming to give her more character motivation to honor and remember her, but it mostly ends up being a needless excursion to an already laboriously extended middle section — even if Kevin Kline, as her father Maurice, provides a strong emotional backbone. Another expansion, along with a trio of new songs (none of which hold a candle [or three] to the original music) is the relationship between the smarmy, stoic Gaston (Luke Evans) and his bumbling sidekick Le Fou (Josh Gad).

Clearly having the most fun in the ensemble, Gad plays Le Fou with an effeminate charm, more than just the laughing stock of the town (although he does fill that role with aplomb, too) as he remains conflicted between following in the shadow of his leader and weighing Gaston’s deplorable actions in his conscious. Much has already been discussed that Gad portrays Disney’s first “openly gay” character, and while this may open the doors for Disney when it comes to inclusive representation, they have a ways to go before it’s more than just a subtle button in the finale or, even worse, the butt of a joke. (A specific moment where Gaston and Le Fou embrace during a musical sequence, but then simultaneously say that it’s “too much,” feels wholly antithetical to any queer normalization that might be intended.)

Evans’ Gaston is a highlight, bringing a sycophantic bravado to this villain, perhaps aided by just how dull the film’s main relationship is, and mostly because of one regrettable misstep. One perhaps should have seen it coming after a first scene that featured an overblown CGI enchantress laying a curse and cinematography throughout that often relies on peculiar computer-aided movement, but Dan Stevens’ personality gets simply sucked away in his character of the Beast, brought to “life” with motion-capture and visual effects. With his icy eyes and touch-too-glossy design, there’s a hollowness to this creation that hinders any potential fear he may provoke in the first half, and, in a much more detrimental effect to the film’s attempted emotional arc, any chemistry he may have with Belle.

One could only imagine what someone like Guillermo del Toro (at least in his Pan’s Labyrinth days) could have brought to furnish a creature that’s authentically frightening and actually stands out as a physically intimidating presence. Instead we get a “live-action” version hobbled by an aspect that’s precisely not live-action. It would be unfair to expect something as visually inventive and emotionally vivid as Jean Cocteau’s 1946 film, but that Condon and team opt to simply go through the motions is disheartening.

That said, there is delight to be had in some of the musical sequences. From the first utterance of “Little town, it’s a quiet village,” it’s easy to get swept up in the rousing introduction to Belle. “Be Our Guest,” carried out by a more realistic-looking set of servants-turned-household items, has a visually pleasing pyrotechnical kaleidoscopic effect. However, never genuinely thrilling or sincerely hilarious, Beauty and the Beast ho-hums along until the next needle drop of a prominent musical cue. If Disney believes these tales are as old as time, they ought to have a better reason for bringing them back to life than unimaginatively cashing in on nostalgia.

Beauty and the Beast opens on Friday, March 17.