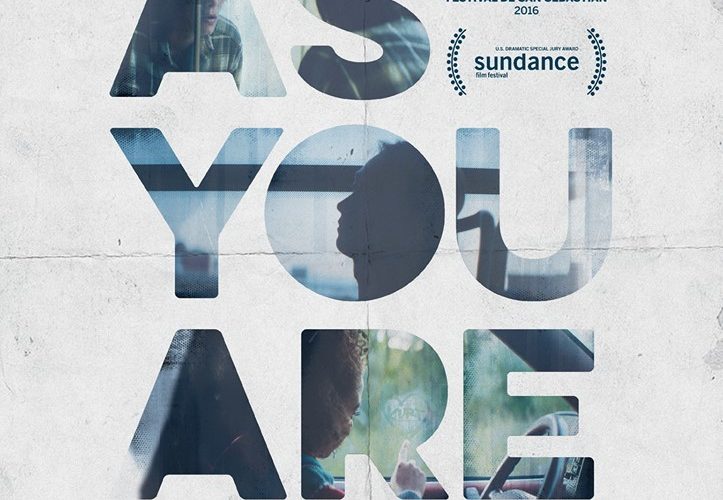 Review: ‘As You Are’ Strives for Intimacy But Feels Remote

Throughout the entirety of As You Are, it is painfully clear that director and co-writer Miles Joris-Peyrafitte wants the viewer to know that something bad will happen. Opening with an ominous prologue capped off by an off-screen gunshot, the film shifts into the mood that it occupies for most of its runtime: a fairly rote teen drama of the love triangle variety. To the movie’s credit, As You Are never feels forced into this box, more content to lounge around in its vaguely hangout vibe than to trap its characters in clear romantic lines. This idyllic feeling doesn’t last, and the film gradually becomes more and more focused on the plot mechanics set forth at the outset while forgetting what is ultimately the most interesting part: the characters.

Set in the early ’90s, As You Are is for the most part told from the point of view of Jack (Owen Campbell), a high school student, concerning his friendship and relationship with Mark (Charlie Heaton), as his father Tom (Scott Cohen) and Jack’s mother Karen (Mary Stuart Masterson) meet and fall in love at the start of the film. The two quickly become kindred spirits of sorts, and Mark and Tom move into Karen’s fairly cozy suburban home. The two boys play hooky, smoke joints, listen to contemporary music (Nirvana is mentioned frequently), and eventually absorb another companion, Sarah (Amandla Stenberg), into their close-knit circle.

Of course, as As You Are is only too eager to remind the viewer this idyllic existence cannot last. The narrative jumps between the main action, taking place over roughly half a year and shot for the most part in a flurry of bland close-ups and also featuring police interviews with most of the main characters shot in 4:3 video. This imposed structure, introduced immediately after the prologue, is the first of many crucial decisions that contribute to As You Are’s fairly considerable flaws. Joris-Peyrafitte’s insistence on the frequency of these cut-ins never allows for a consistent vibe, and it inevitably contributes little of import to the narrative, especially in many instances where the footage’s sole purpose is to set up questions that are immediately answered by the following scene.

The other key problem, unfortunately, is the predictability of the various narrative arcs. As expected, Tom becomes an abusive alcoholic whose presence in the house becomes increasingly hostile, and gradually romantic overtones develop between Jack and Mark, which are inevitably complicated by the whims of society. The two are essentially foils: Jack is a model of disaffection, while Mark is intensely sociable (while still also remaining sullen), and this pairing remains relatively static throughout. Sarah inserts a welcome unpredictability, acting like the good student she is in one moment and “one of the boys” in the next, but her presence is usually in the background, and she is totally absent in the film’s climax.

Ultimately, what is most galling about As You Are is its feeling of remoteness even as it aspires to be intimate. Like its portrayal of violence — all swooning slow-motion and no viscerality — the movie’s depiction of love seems to be contained entirely in the requisite make-out scene and various moments of telegraphed emotions. There is very little subtlety or nuance to the characters — caused in part by most of the actors, who perform ably but rarely seem to be more than their surface appearance – and thus the tragedy and romance only comes through sporadically. In the end, As You Are is unsatisfying: its opening (and concluding) act of violence remain unresolved, and what really drives the central couple, aside from simple attraction, is even more mysterious. Of course, the most likely and unfulfilling explanation is that the characters exist as thin creations, written and directed to be exactly who they are.

As You Are is now limited release.