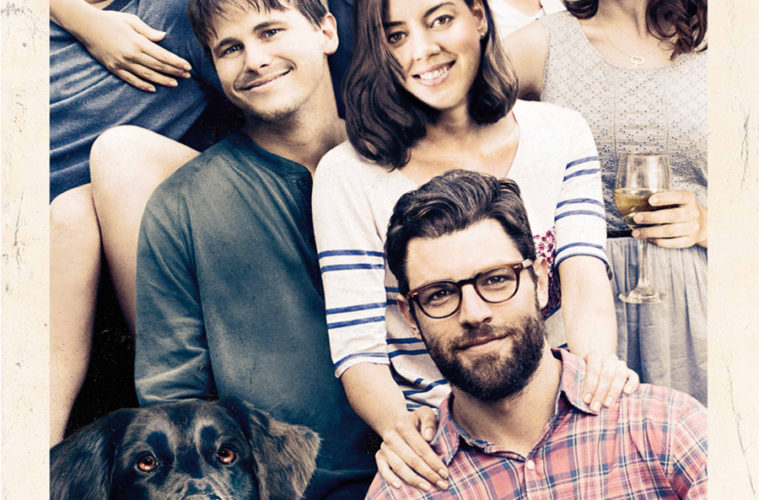 I feel a bit like François Truffaut diagnosing “A Certain Tendency of French Cinema,” but after In Our Nature, The Big Ask, Lullaby, and now Jesse Zwick’s About Alex, we must acknowledge a certain tendency now made by filmmakers of a certain age with access to resources like vacation homes and emerging B-list talent. They’ve chosen to make everyday films about everyday people — or, as I call them, middle-class white kid problems. This makes me nostalgic for the 90’s when indie films were daring, or at least bi-curious.

Revisiting the themes of 1983’s The Big Chill, About Alex, a contained drama centered around 30-somethings has perhaps a little more in common with John Sayles’ landmark debut, another contained reunion drama, Return of the Secaucus Seven. Pre-dating The Big Chill by four years, Sayles’ film, like the debut from Zwick, deals with thirty-somethings reflecting upon how they’ve changed and evolved. In Secaucus Seven, once politically radical hippies are dealing with morphing into the squares they mocked.

About Alex is inherently less political, apart from the fact the story is told with Gen Y-ers who are all over the map. Some are successful, some have obtained the illusion of success but are deeply in debt and one, our title character Alex (Jason Ritter), is suicidal. Perhaps we can view this in 30 years as a lightweight text mirroring some of Occupy Wall Street, and perhaps the rise of Elizabeth Warren, although I’m quite sure it will be forgotten about well before then. After a failed attempt (or perhaps a cry for attention) from Alex, the gang gets back together at a cabin in upstate New York, and just like the Secaucus Seven old crushes are reunited in the presence of new girlfriends. Reunited are old college buddies, a rag-tag group that met randomly in a dining hall on their first night in the freshman dorms and continued to stay connected via social media. As noticed by Josh (Max Greenfield) and Ben (Nate Parker), the tweets are troubling, but only Josh reached out to Alex. The group takes direction from Aubrey Plaza in perhaps her most complex role, dialing down the cynicism and showing a rare sincere side as Sarah, a single lawyer who’s unhappy with her chosen profession and single.

Also included in the group is Siri (Maggie Grace), Ben’s longtime girlfriend, and Isaac (Max Minghella), a successful playboy with his young girlfriend in tow (Jane Lavy). As tensions occur and gracefully come to a head, Jesse Zwick’s script does feature some strong writing, even if this kind of exploration of early adulthood has been a subject of interest in the Zwick household for years. (Jesse’s father, Edward, is known for his TV shows Thirty-Something and Quarterlife, and of course the original About Last Night…)

About Alex, in the moment, kept my attention despite familiar tropes of the genre. It knows it’s not entirely original, with Sarah noting at dinner that this set-up feels like a cheesy 80’s movie. While less indulgent than the trite The Big Ask and Lullaby, these films still don’t have all that much to say I fear. I’m not sure what it is, but 35 years later and Sayles’ debut still feels fresher than many films made about my generation.

About Alex is now playing in limited release and is also available on VOD.