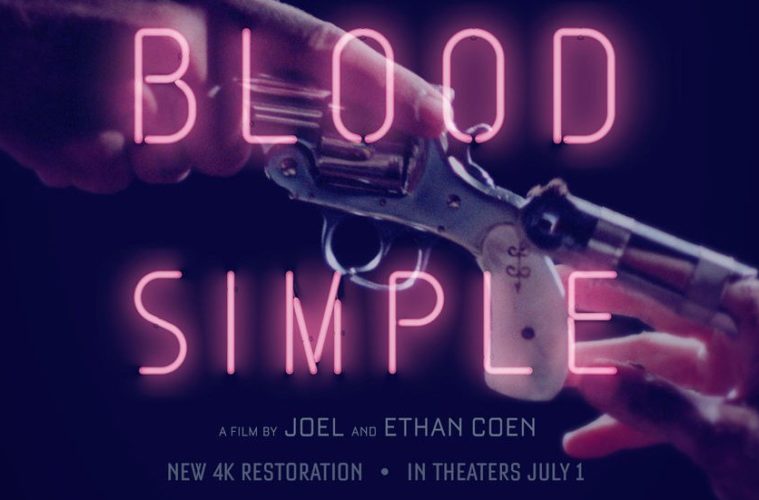 If few recent Criterion announcements earned as much excitement as Blood Simple, perhaps it’s because Blood Simple inspires more widespread excitement than any other debut from the last 30-or-so years. Having seen Janus’ restoration for myself, I can confirm that this is a very fine treatment for a very fine film, capturing the low-budget charms of Joel and Ethan Coen‘s early days without compromising our desire for a proper high-definition treatment. In other words: “worth the hubbub.”

Blood Simple will receive a small theatrical rollout this July, starting at New York’s Film Forum, and so there’s now a trailer to give some small taste of what Janus has been up to. It may not offer quite the discovery of a Bruce Campbell-led test run, but a fresh coat of paint does the eyes well. Otherwise, as the indelible Four Tops tune that graces both picture and preview will tell you, “It’s the same old song.”

This razor-sharp modern film noir, the first film by Joel and Ethan Coen, introduced the brothers’ inimitable black humor and eccentric sense of character, a sensibility that has helped shape the course of contemporary American cinema. Deep in the heart of Texas, a sleazy bar owner suspects his wife of having an affair and hires a private detective to confirm his suspicions—only to have the crosshairs turned back on himself. Playfully shot by Barry Sonnenfeld and featuring a haunting score by Carter Burwell and a cunning performance by Frances McDormand, Blood Simple was a career-launching film for this ensemble and the first articulation of the precision of style that has defined the Coens’ work ever since.

Blood Simple‘s restoration will begin a limited theatrical rollout on July 1, followed by a Criterion release on September 20.