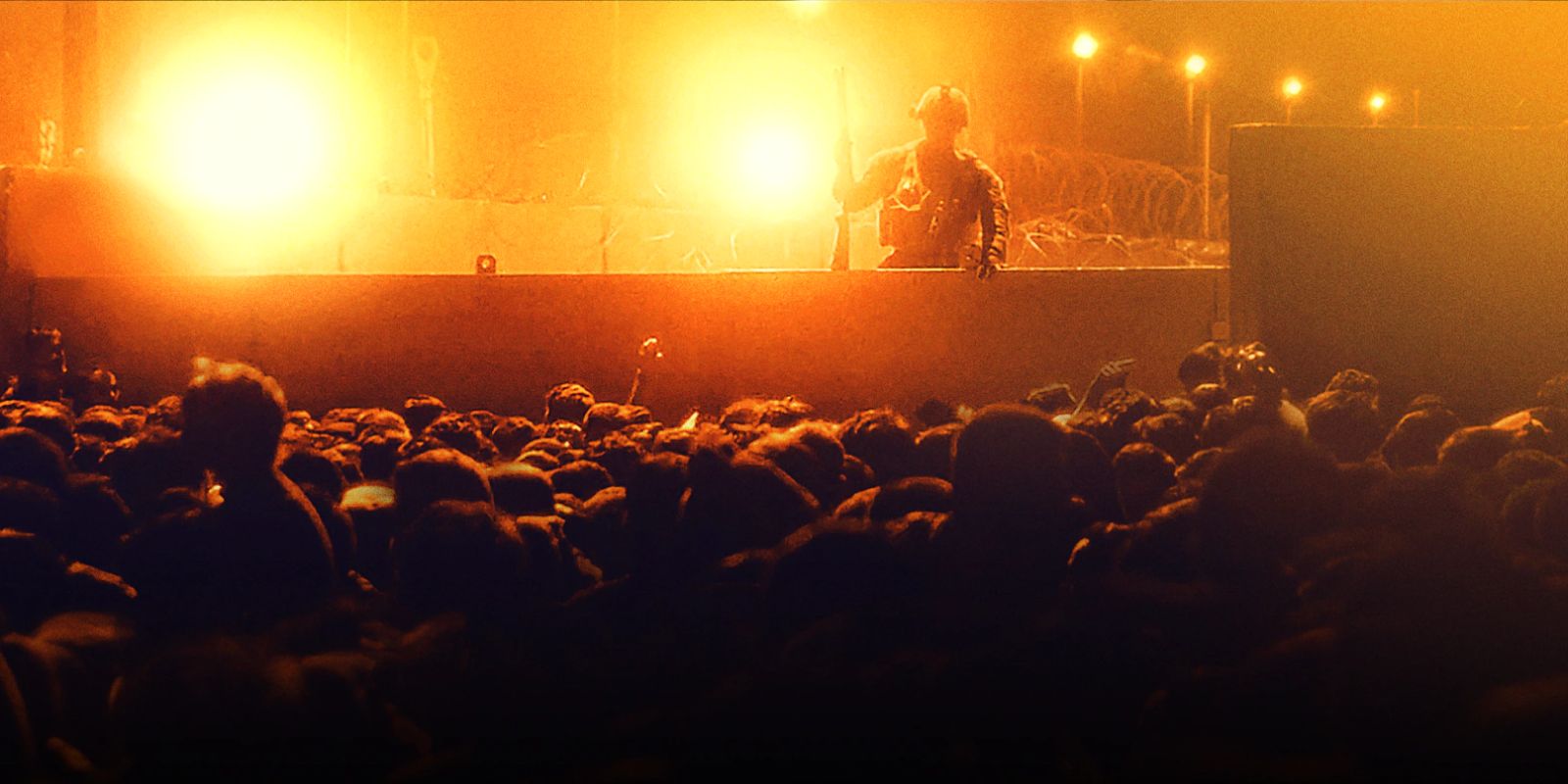 There’s a common view that one needs distance and perspective to truly process and reconcile current events before making a worthwhile film on any particular subject, be it narrative or nonfiction. Throughout his intrepid career, Matthew Heineman has refuted this notion, immersing himself in the Syrian conflict, on the front lines of the Mexican drug war, and NYC’s early days of COVID-19. In each instance he has delivered full-bodied, cinematic portraits of considerable immediacy, humanity, and discernment of the events unfolding around him. His work not only provides vital dispatches of ongoing conflict, but with his immersive approach to filmmaking––observational and non-reflexive, yet clearly building trust with subjects––he often finds himself in situations to which journalists are not always privy.

His newest documentary, Retrograde, brings him (and us) to the end of the longest conflict in United States history: the War in Afghanistan. With the initial intent to make a project around a group of Green Berets, Heineman found it necessary to shift gears, capturing the last nine months of this 20-year-war with stunning cinematography and an immersive eye. The film turns into a bifurcated portrait: first on the final American troops there and then shifting to the headstrong—albeit expectedly anxious—Afghan Army Lt. Gen Sami Sadat, who is forced to pick up the pieces in the fight against the Taliban without the U.S. military support they have come to rely on. The results are a harrowing look at the aftermath of Biden’s decision (based on an order enacted by Trump). We see truly devastating footage of cities falling and people left behind attempting to flee.

One of Heineman’s virtues is the mostly apolitical nature of his filmmaking, letting his verité images speak for themselves rather than establishing a stance in any particularly overt way. The first audio we hear is brief snippets from the last four U.S. presidents, setting the stage for just how long this war has endured, questioning the reasons for staying to fight the Taliban. Through the next 90 minutes, the director answers this question with the faces of those he’s capturing: from the stone-visaged-but-disoriented U.S. military watching Biden’s announcement of the decision to withdraw to CNN to the terrified Afghan troops knowing they will be an immediate target absent this support to the citizens pleading for their lives to escape as the Taliban have taken over Kabul.

While the film could not have been made without support of the U.S. government––and this awareness means there will be ample room for more pointed dissections in the years to come––it is revealing what Heineman is allowed to include. When troops get the instructions that their “retrograde” operation is in full effect, they learn that all ammunition must be destroyed and it can’t be given to the Afghan army allies to defend themselves. We see a troop viscerally react and jump up his chair in disgust, only to realize he’s stepped out of line and solemnly retreats to his position. What follows is a visual that is the ideal summation of our government’s capacity for waste and neglect: personnel gather all ammunition to destroy in a series of massive explosions as a gargantuan, billowing black cloud becomes the lasting, final image of their presence.

This juxtaposition only grows more acute after U.S. troops have left, most apparent in the military-strike operations. Earlier in Retrograde we witness the American military order a drone strike on a group of Taliban soldiers. In mere seconds someone in a control room kills the group with the flick of a button. It’s ruthlessly precise. Later, with the Afghan troops left to their own devices, we see them try attacking soldiers from a rickety helicopter. After multiple attempts, they do not fully complete their goal. Sadat’s face wears exhaustion and desperation as Taliban forces are closing in around him, and the film evolves into an affecting character study about attempting to sustain morale when defeat is inevitable.

In many ways, Retrograde acts as a necessary rejoinder to Hollywood depictions of the war such as American Sniper and Zero Dark Thirty. Even after specific moments of valor and victory, all complicated in their own right, what do we have to show for these last decades? The final sequences feature men, women, and children pleading with every bone in their bodies to reach some haven for safety. Mere hours after Heineman and his crew shot this footage, an ISIS soldier carried out a suicide bombing killing more than 180 people. Retrograde is a powerful reminder that conflict breeds conflict and enacting a plan trying to protect a certain group of people will always leave others neglected.

Retrograde is now in theaters, airs on National Geographic Channel on Thursday, Dec. 8, at 9 p.m. ET/PT, and will then be available to stream on Disney+ on Dec. 9, and Hulu on Dec. 11.