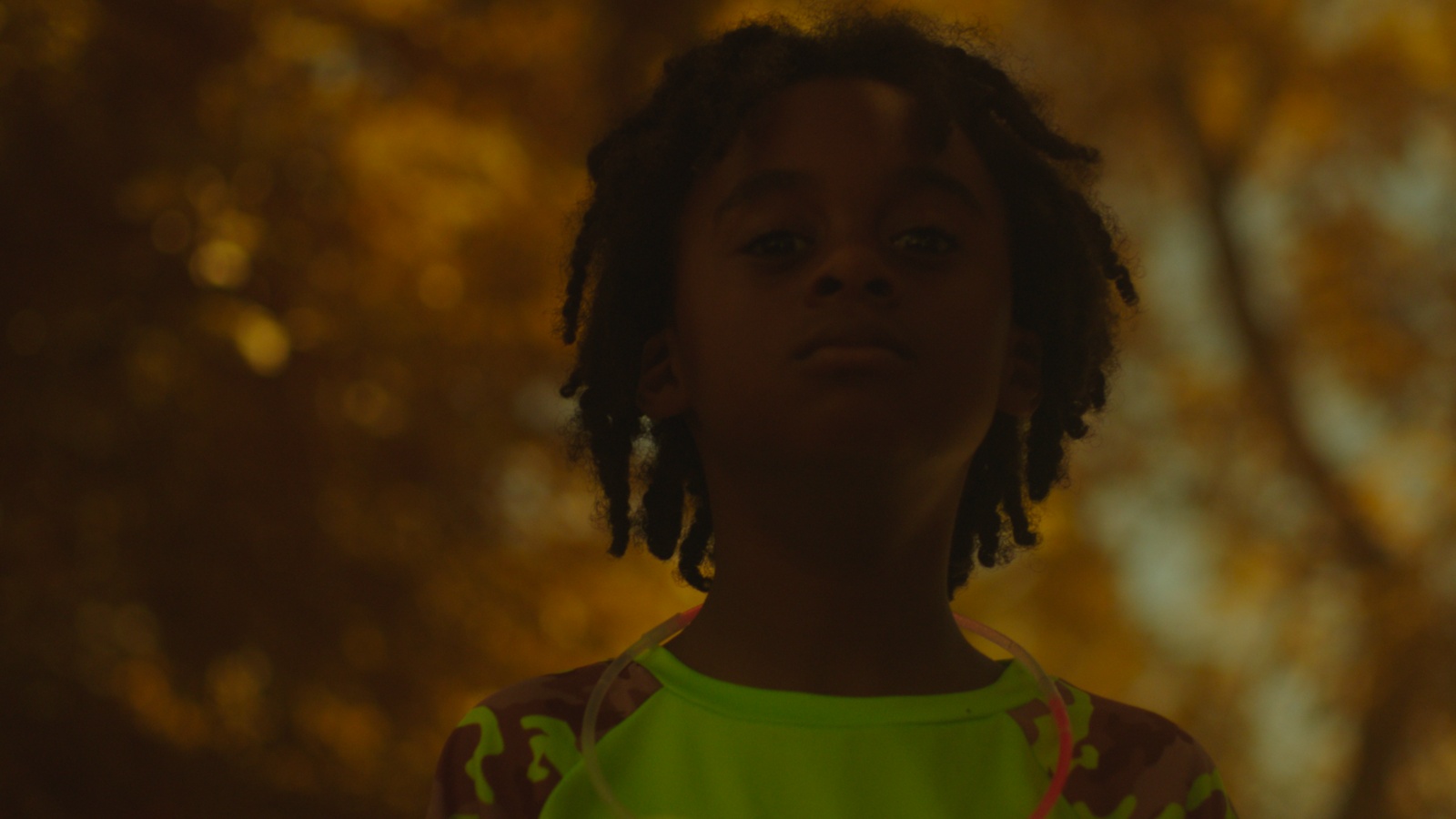 Upon his return home from California, Jay (Obi Nwachukwu) glides through his old neighborhood of NoMa, Washington, D.C. He makes small talk with old acquaintances—the neighbors, the guys on the corner, the old trio sitting on a stoop. It’s when he walks on by, however, that everyone else’s actions carry on. The camera holds on the locals, not so much Jay. The words say more about a collective routine, not so much about Jay himself. He says he’s come back to take notes for a movie he’s developing, but based on the questions he asks, it’s like he’s trying to propel a stream of consciousness.

And that stream of consciousness is dreamlike. In his debut, director Merawi Gerima skates between the past and present with laidback confidence, forging memories from what Jay is at a constant risk of forgetting. Whether those memories are true or false is essentially beside the point. “I’m just trying to give a voice to the voiceless,” he says to an old peer. “Who’s voiceless?” he retorts. Our protagonist may come off a bit self-serving as he revisits his old home playing ethnographer, but Gerima, who also wrote and edited, is keenly aware of the what and why that drive Jay. Residue is laid back. It also takes myriad topics and finds its own momentum from them.

That’s not to say the momentum is strictly narrative, however. This is a loose 90-minute feature that mirrors its lead and his shifts between activity and observation. His goal—or the closest thing to one—is largely a MacGuffin, and the movie knows that. The flashbacks to young Jay (JaCari Dye) and his then-best friend, Demetrius (Julian Selman), are what let viewers breathe in the man’s psychology. What Residue does beyond this is use its aesthetic and tonal changes to snake in on itself just as NoMa has. Gerima keeps the neighborhood’s looming gentrification on the mind at all times, often juggling its impacts out of sight.

He and Mark Jeevaratnam, whose crisp digital work is pointedly contradictory, are notably specific in their framing. Given how people complicit in NoMa’s gentrification face away from the camera and deeper into the frame, Residue is a movie that looks at itself. Depending on the viewer, Residue is also a movie that shifts its own boundaries, welcoming audience projection only to subvert those very expectations. It isn’t the most singular, though; other recent films, such as the works of Khalik Allah, are more refined in pace and execution. (Gerima’s work is also sure to elicit the obvious comparison to The Last Black Man in San Francisco quite a bit despite their differences.)

The result is a little rough around the edges. It isn’t the most even in how it maintains certain character dynamics. Non-actors fill the cast and give naturalistic work for the most part, but a few suffer from stilted delivery. The picture also loses a bit of its aim towards the final 15 minutes. Despite all this, it works. A collage of distant memories and the realities that threaten them, Residue is an auspicious calling card for its filmmaker.

Residue is now in select theaters and on Netflix.