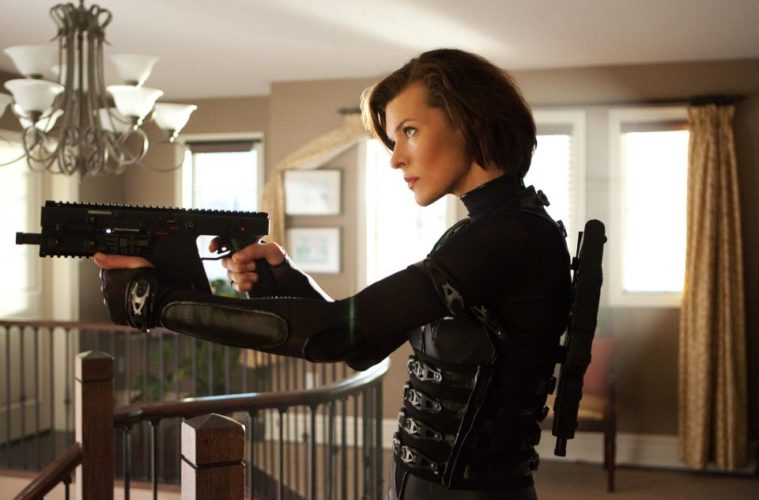 With its fifth iteration on the verge of release, if you haven’t enjoyed the Resident Evil film adaptations, chances are the next one won’t change your mind. Coming off last year’s The Three Musketeers, director of the first and fourth in the series, Paul W.S. Anderson, returns with his muse Milla Jovovich for some more violent, shlocky 3D action in Resident Evil: Retribution.

We’ve got the first full-length trailer today, which packs some enticing setpieces — including a somewhat scary main baddie — but the same overblown CGI effects. It’s not quite my thing, but for any number of reasons, this series seems to always make bucketloads overseas. Even though the next in the series is supposedly the finale, I wouldn’t doubt we’ll be getting new entries every few years. Check out the trailer below for the film also starring Michelle Rodriguez, Sienna Guillory, Kevin Durand, Shawn Roberts, Colin Salmon, Johann Urb, Boris Kodjoe and Li Bingbing.

The Umbrella Corporation’s deadly T-virus continues to ravage the Earth, transforming the global population into legions of the flesh eating Undead. The human race’s last and only hope, ALICE (Milla Jovovich), awakens in the heart of Umbrella’s most clandestine operations facility and unveils more of her mysterious past as she delves further into the complex. Without a safe haven, Alice continues to hunt those responsible for the outbreak; a chase that takes her from Tokyo to New York, Washington, D.C. and Moscow, culminating in a mind-blowing revelation that will force her to rethink everything that she once thought to be true. Aided by newfound allies and familiar friends, Alice must fight to survive long enough to escape a hostile world on the brink of oblivion. The countdown has begun.