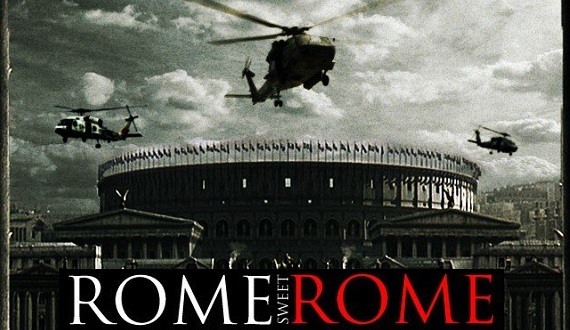 If you’re a fellow internet geek, then you are quite familiar with the time-suck known as Reddit. The popular online community has user-driven curation for just about any topic known to man. One of their sections, known as a “subreddit” is dedicated to a topic called Rome Sweet Rome.

Author James Erwin began the story with the exact question: “Could I destroy the entire Roman Empire during the reign of Augustus if I traveled back in time with a modern U.S. Marine infantry battalion or MEU?” And now Warner Bros. is developing it into a feature film, Variety reports.

Erwin, who is also a Jeopardy! winner, posted the story in different sections, which follows an Afghanistan-bound MEU (Marine Expeditionary Unit) that winds up in a 23 B.C. ancient Rome. The soldiers need to correct history before they can return to the present day.

Adam Kolbrenner from Madhouse Entertainment first spotted the story and helped Erwin through the development process. When it was ready a new Warner Bros. executive named Chris Gary was contacted to pursue the project. The studio agreed and now Erwin has his first feature film deal based on just an initial Reddit posting, pretty remarkable.

Screen Rant recently interviewed the author, who only previously had written two encyclopedias. I encourage you to check out the interview for details on the process. Erwin is currently developing the treatment and screenplay himself. For now, read the initial story at the links (Day 1-7; Day 7, Part 2 and Day 8) or all in one format (PDF). Check out the subreddit community as well for all things related to Rome Sweet Rome.

What do you think about developing a feature film this way? Have you read the story?