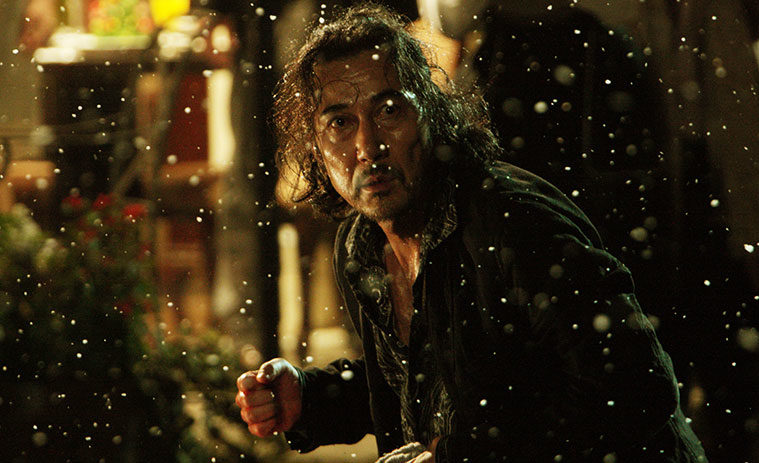 While the only film I’ve seen of Japanese director Tetsuya Nakashima was his 2010 drama Confessions, I was immediately taken by its ravishing visual style, enough to keep him on my radar when it comes to future output. The director is now back with the thriller The World of Kanako, which is finally getting a U.S. release in December.

As seen in the U.S. red band and theatrical trailer, the story follows an ex-detective who has set out track down his missing teenage daughter. With the film debuting back during last year’s fall festival circuit, we’ve heard its tough subject matter and unrelenting approach might not be for everyone, but if you’re taken with the trailers, keep it on your radar. Check them out below, along with the poster.

An uncompromising revenge thriller of operatic scope, The World of Kanako is a non-stop visual and emotional assault to the senses as it follows troubled ex-detective Akikazu (Kôji Yakusho, 13 Assassins, Babel) on the hunt for his missing teenage daughter, Kanako. What he discovers in his search is an unsettling and harrowing web of depravity––surrounding both Kanako and himself. As Akizaku stumbles along a shocking trail of drugs, sex and violence, he finds himself woefully unprepared for the revelations that affect all he holds dear.

Directed by Tetsuya Nakashima (Confessions, Japan’s submission for the Academy’s® best foreign language film in 2011), The World of Kanako is an astonishing tour de force of mystery, beauty and boundary-pushing violence. A wildly kinetic and startlingly venomous throwback to the best that Asian extreme cinema has to offer, The World of Kanako offers a trip right up to the edge of a man’s private hell––and over it. The World of Kanako hits theaters and VOD on December 4th.